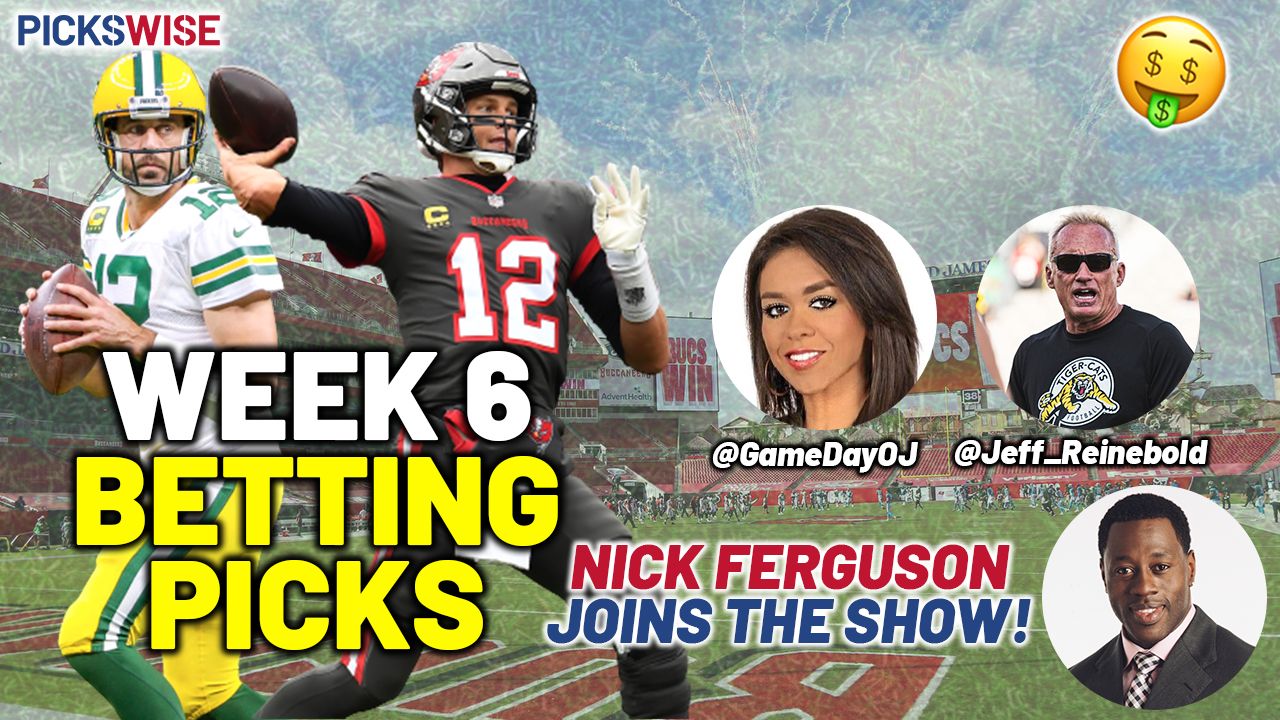 It’s Week 6 of the NFL season and we’re back with another episode of the Pickswise NFL Show, this time with special guest Nick Ferguson! Nick spent 10 years playing in the NFL as a safety, where he was best known for his time in Denver. He started 44 games for the Broncos and had six interceptions, and now hosts his own sports talk radio show in Colorado.

He joins our NFL betting preview show this week hosted by Rachael Van Oranje from ESPN975 radio and Jeff Reinebold, a man with over 30 years of coaching experience and a sharp eye for betting picks.

As well as discussing Nick’s playing career, the trio discusses the current situation in Denver and whether they have any chance of victory when they face New England at Gillette Stadium.

They also look at some of the biggest games of Week 6 in the NFL season, giving their expert insight while providing their best betting picks. The standout game on Sunday afternoon is a highly anticipated quarterback clash when Aaron Rodgers and the Green Bay Packers take on Tom Brady and the Tampa Bay Buccaneers.

Rachael and Jeff preview the heated AFC North game between the Cleveland Browns and Pittsburgh Steelers. The last time these two teams met, Browns defensive end Myles Garrett wound up being suspended for the rest of the season.

Also on their agenda is the Sunday Night Football clash between the Los Angeles Rams and San Francisco 49ers. Can the Niners bounce back from last week’s humiliating 43-17 defeat to Miami?

We’ve also got another Monday Night Football double-header with the Kansas City Chiefs and Buffalo Bills facing off before the Arizona Cardinals take on the Dallas Cowboys.

Along with the NFL previews for the biggest games, Rachael, Jeff and Nick provide us with their Pickswise parlay of the week, as well as their best underdog bets, a team they fancy to upset the odds. All three underdogs got the job done last week as our panel chose the Chargers, Giants, and Browns against the spread.

As always, you can also read our expert previews for every matchup of Week 6 in the NFL.