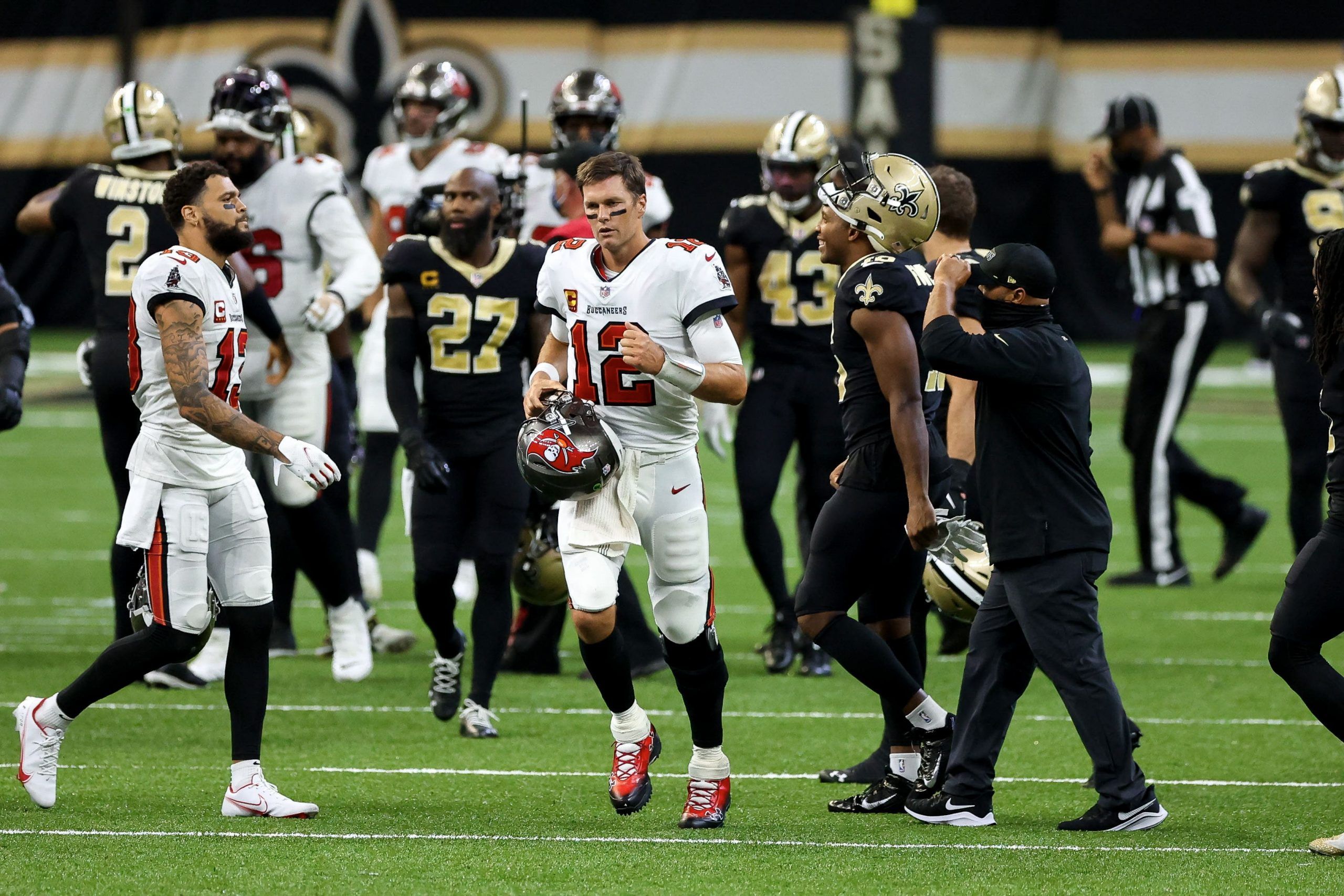 I'm an editor here at Pickswise who was raised in a household full of sports fanatics. Since I unfortunately never had LeBron James' jumping ability I wasn't able to make it to the NBA, and chose writing about sports as the next best thing. An avid sports bettor myself, I'm excited to get to write about the industry as it gets set to take off across the country. Buckle up.
Updated: 21:11 PM ET November 14, 2020

Sunday Night Football will feature an excellent NFC South matchup in Week 9 as the Tampa Bay Buccaneers host the New Orleans Saints. The Saints won this matchup back in Week 1 in Tom Brady’s first game with his new team, so it’ll be interesting to see if Tampa can get revenge.

This game will go a long way in determining who wins the division as well, so the stakes couldn’t be higher. We’ve got plenty of thoughts on the game, including a same game parlay with a massive payout, right now we’ll be talking about some daily fantasy. Here’s what we’re rolling with in this single-game DraftKings showdown format:

I think this Bucs passing attack is in for a big night, but since their weapons are so diversified you’ve got to roll with Brady in your captain spot rather than any receiver. New Orleans’ secondary has been susceptible to the big play, and since Tampa won’t be able to run much on the Saints’ stout defensive front, they’ll be passing a ton. With Chris Godwin, Mike Evans, Antonio Brown, and more at his disposal, Brady should have a field day.

Getting Smith in here at such a cheap price allows you to load up the rest of your lineup. The one area Tampa’s defense has struggled a bit in is covering the deep ball, and that’s where Smith excels. He had seven targets last week, and his role isn’t going to go away completely just because Michael Thomas is coming back in a limited role.

Playing Smith allows us to fit both quarterbacks into our lineup. Both of these run defenses are pretty elite, while each secondary is a bit vulnerable, so this makes a lot of sense. Brees has managed to put up very solid fantasy weeks recently despite the fact he’s been without both of his top receivers, and now both Thomas and Emmanuel Sanders will return for this one.

I think a lot of DraftKings players will be scared off Godwin here since he’s returning from injury, making him an even better play. However it’s not like Godwin is coming off an injury that would really slow him down physically, as all he had was a broken finger. Brady seems to trust Godwin more than he does Mike Evans, and they were developing a nice rapport before he went down.

This is another contrarian play, and Brown of course has the upside for a huge game. Brady has already practiced plenty with Brown from their time with the Patriots together, so this isn’t a completely new relationship. Brady pounded the table for the Bucs to sign Brown, so I think he’ll be highly motivated to get him the ball and vindicate that decision.

The Buccaneers have also given up some big plays to tight ends this year, and I think Cook will capitalize. While all of Tampa’s defensive attention will be going to guys like Sanders and Thomas, Cook will thrive. The Bucs also blitz a ton and like to send lots of pressure, which will leave Cook open for some hot throws from Brees. Cook also has a touchdown in three straight games now.