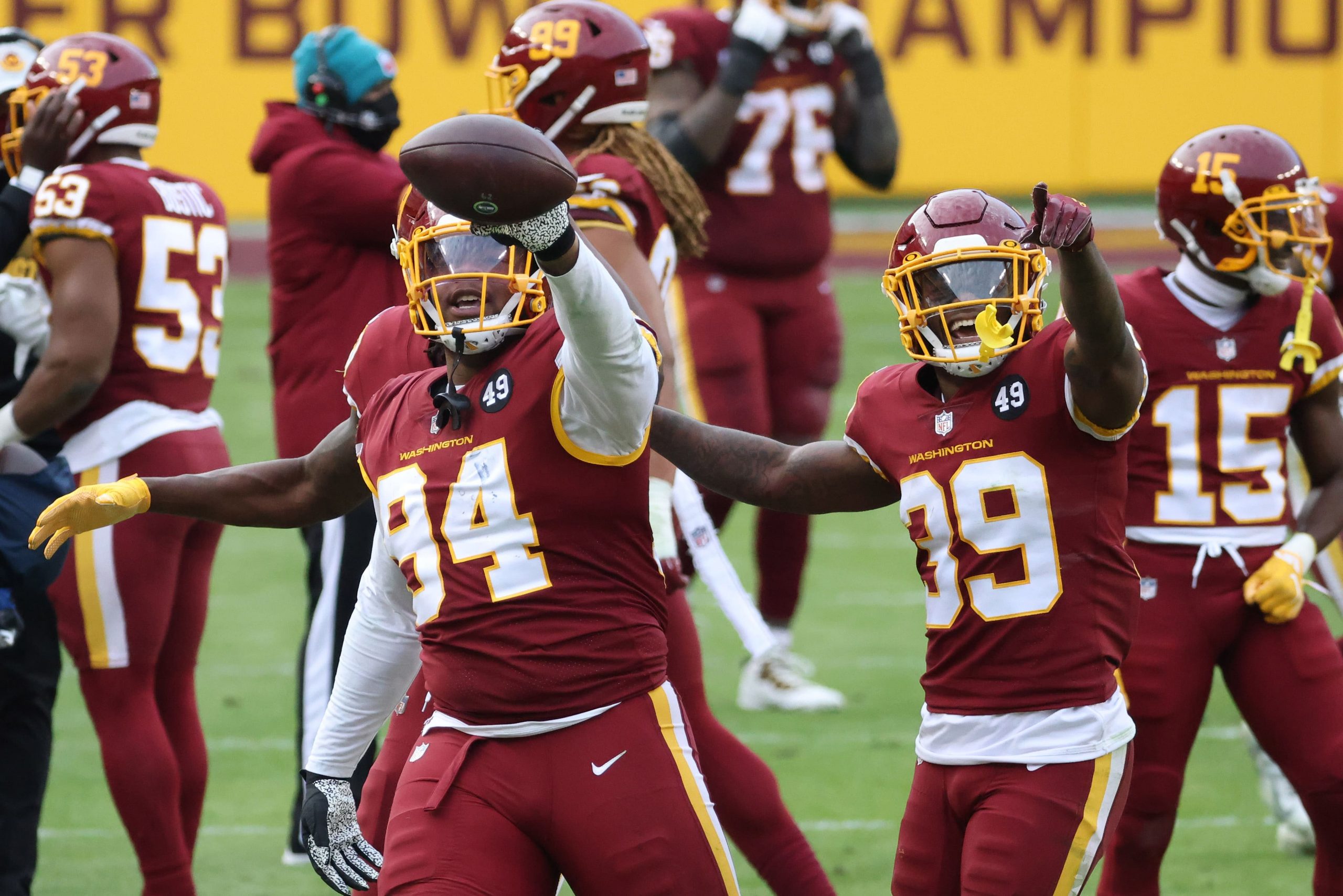 A team with no name is one win away from winning a division title. And the Washington Football Team can do it with a 7-9 record. In fact, they can even do it with a 6-9-1 record if they somehow tie the Philadelphia Eagles on Sunday night and the Dallas Cowboys don’t beat the New York Giants. You can’t make this stuff up, folks. This is the worst division in the NFL by a country mile and mercifully we only have to match one more NFC East team—more than likely in just one more game—for the remainder of the season starting next week. Two, however, will put the finishing touches on the 2020 regular-season campaign with this Sunday Night Football showdown.

Let’s take a look at our six-man daily fantasy lineup for Washington vs. Philadelphia, and be sure to check out our full game preview prediction on the side and total.

This looks matchup like a defensive struggle to be, and that becomes even more clear when you look at the weather forecast in Philly. There is a 100 percent chance of rain for much of the afternoon and even at night there will probably still be precipitation. It is going to be cold and wet, and the field is going to be soaked. Chase Young and the Washington defense are a force basically whenever the take the field, and the conditions plus a banged-up Eagles offense makes them all the more valuable here.

In addition to the most important factor that is possible domination on Sunday night, the Football Team as your captain allows for a bunch of salary cap room for the remainder of your picks. That means you can go big while filling out a six-man roster. And that’s what you will have to do with Hurts, who is the most expensive player in this particular game. Although the former Alabama and Oklahoma standout is inexperienced and unlikely to go crazy against TWFT defense, he is averaging 340 passing yards and two touchdowns through the air over the past two games. He has also rushed for 238 yards and a score in the last three. 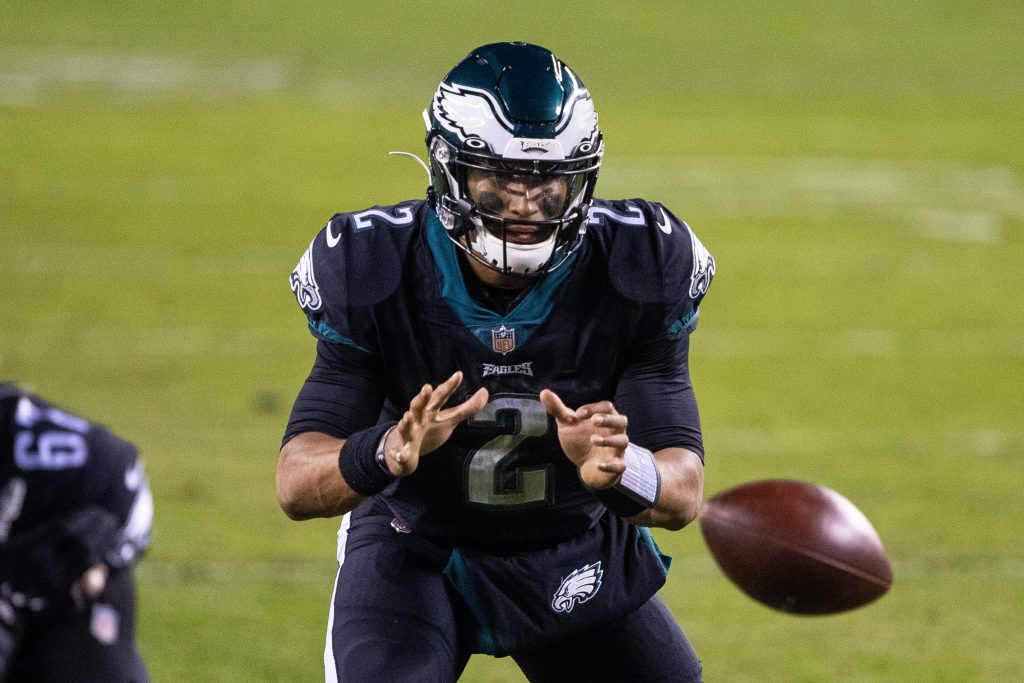 McLaurin (ankle) is listed as questionable for Sunday, but it sounds like he is going to play. As one of the most dynamic performers on either team, he is well worth the risk. McLaurin had been cooling off in recent weeks, but he made seven catches on 12 targets for 77 yards during last weekend’s loss to Seattle. Alex Smith is expected to be back under center for Washington, so McLaurin is no longer saddled with Dwayne Haskins throwing him the football. The Eagles are in the bottom half of the league in passing defense and 29th in yards per pass attempt allowed (8.0).

Smith, in turn, should also find some success at Philadelphia’s expense on Sunday night. The former No. 1 overall pick has missed the last two games due to a calf injury, but given his well-documented injury history you can be darn sure that he is 100 percent if Washington is bringing him back. Don’t be surprised if Smith leads his team to the playoffs and his daily fantasy teams to a prize.

This is another somewhat risky play, but there just aren’t any slam dunks from an individual player standpoint in this Washington-Philadelphia showdown. As such, you might as well roll the dice with McKissic. Football Team RB1 Antonio Gibson (toe) is also questionable for Sunday and his status appears to be in far more jeopardy than that of either McLaurin or Smith. If Gibson cannot go, McKissic’s workload would dramatically increase. Already a pass-catching force out of the backfield, the fourth-year man out of Arkansas State has 29 receptions on 34 targets for 221 yards and two touchdowns over the past four games.

The Football Team should be able to move the football decently enough in this crucial contest, but at the same time they are not exactly an offensive juggernaut. I can see a fair amount of productive drives bogging out in or near the red zone. Hopkins is 11-for-12 on field goals in the last four outings and he has attempted multiple FGs in nine of the last 10 (he has made multiple in eight of those nine). The FSU product could be a big reason why TFWT win this game…and the division title.