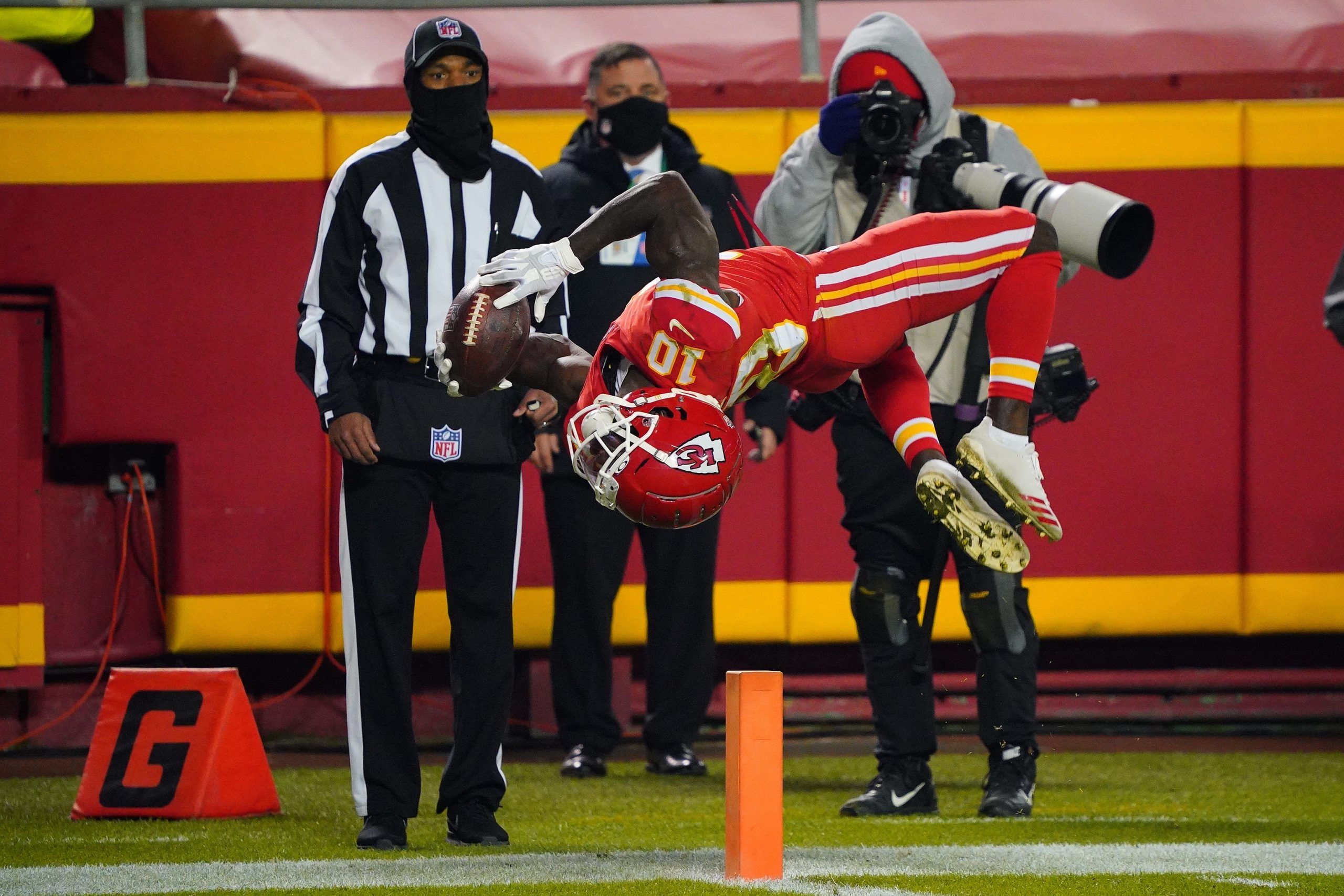 The Kansas City Chiefs didn’t do anything to slam dunk their status as Super Bowl LV favorites on Sunday Night Football, but this is 2020 and no team should really care about style points. A win is a win.

A win is always a win, but that is the case to an even greater extent in this most bizarre year—both in football and the world as a whole. Nothing can be taken for granted.

Just ask the Seahawks, who lost at home to the Giants as double-digit favorites. Or Minnesota, which went to overtime with visiting Jacksonville as a -9.5 favorite. Tennessee lost at home to Cleveland and trailed by an absurd 38-10 margin. The Raiders basically lost to the winless Jets before the worst team in football took their tanking for Trevor Lawrence to a whole new level.

There were 252 pass plays meeting this criteria the last 15 seasons:

They were the 1st defense to send 6+ pass rushers in ^ situation pic.twitter.com/mrk61E46ET

Alas, back to this game. The point is that the only thing that matters is winning, and that’s exactly what the Chiefs did with a 22-16 victory over the Denver Broncos. It could have been much, much easier for the home team if not for a mind-boggling non-challenge that wiped out what would have been—or really what was—one of the plays of the year.

With the game tied 3-3 and the Chiefs facing a 3rd-and-10 situation at Denver’s 40-yard line, Patrick Mahomes threw a bomb to Tyreek Hill down the middle of the field that appeared to fall incomplete. However, replays showed that Hill made an incredible, improbable, and memorable catch. In fact, it will probably remain even more memorable in the test of time since it didn’t count. It was literally too good to be true. Not even Hill, himself, thought he had caught it — hence why there was no arguing from Kansas City.

tyreek hill with the catch of the year pic.twitter.com/qzOhggihAF

Still, whoever is in charge of the Chiefs’ replay and challenge system should have been on top of it even if Hill wasn’t making a scene. But they weren’t, and K.C. punted on the next play. Thanks in part to that assist, the Broncos kept this one close the entire way—even leading 16-12 with less than two minutes remaining in the third quarter. Finally, though, the Chiefs stopped settling for Harrison Butker field goals and a 20-yard touchdown pass from Mahomes to Travis Kelce late in the third put them ahead for good.

It was a proverbial service hold for Kansas City, which still trails Pittsburgh by one in the loss column in the race for the AFC’s No. 1 seed and a first-round bye in the playoffs. The Steelers are playing on a short week following their Wednesday win over Baltimore and will face Washington on Monday evening. Ben Roethlisberger and company still have upcoming matchups with potential playoff teams in Buffalo, Indianapolis, and Cleveland, as well.

The Chiefs (still +250 to win the Super Bowl) are still very much in the mix for the top seed, and they certainly did enough to stay at the top of our upcoming power rankings. But they need to get better…both on the field and in the replay booth.