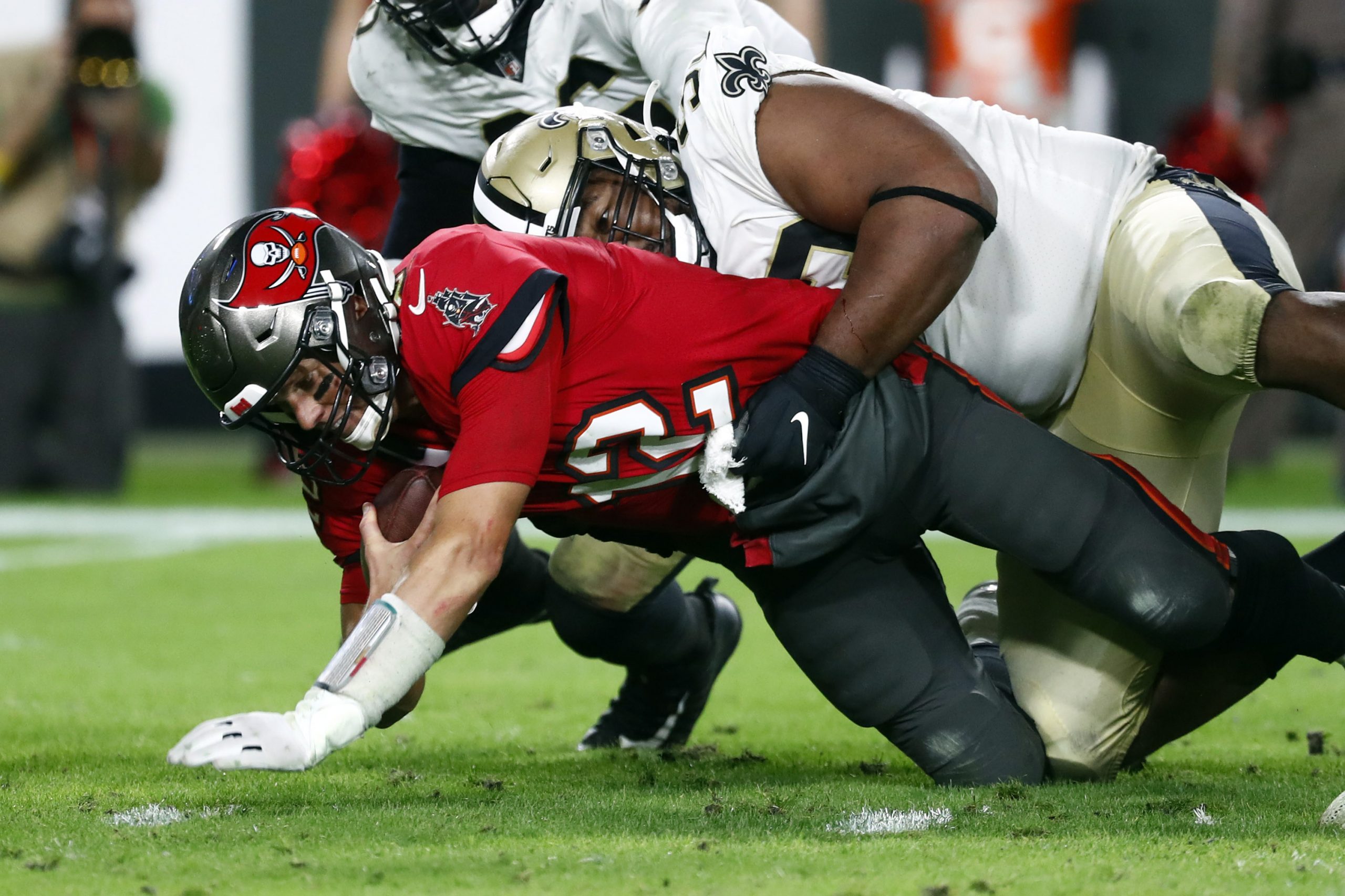 As sad as it is to say, the 2021 NFL regular season is winding down. The Week 15 Sunday slate is in the books, and it was yet another wild day in pro football. The action wrapped up with a stunner on Sunday Night Football, as the New Orleans Saints shockingly beat the Tampa Bay Buccaneers by a bizarre score of 9-0.

New Orleans is still very much alive in the NFC playoff hunt after the big win, while the Bucs’ chances of securing home field advantage in the playoffs were dealt a huge blow. Let’s break down everything we just witnessed:

The Saints emerged victorious despite being massive underdogs, easily covering the 11.5-point spread, which we were on. Anyone holding an under ticket had one of the easiest cashes of the season. But while New Orleans got the win, it may have had even more Super Bowl significance for the Green Bay Packers.

The Packers took care of business against the Ravens, while the Cardinals and Buccaneers both lost outright as huge favorites. Green Bay now has a very easy path to the top seed in the NFC and having the playoffs run through Lambeau Field. That being said, it was also huge for Sean Payton’s squad (although Payton wasn’t coaching due to COVID-19).

The Saints refuse to die, and have sparked a mini-resurgence right when it looked like they were finished. Tip your cap to Dennis Allen and this Saints defense. Allen has consistently had Tom Brady’s number in the past couple seasons, and he dominated him tonight.

Manageable games remain on the schedule against the Dolphins, Panthers and Falcons. The first two of those are at home. All that being said, let’s not get carried away with excitement. The team’s offense still has very little upside with Taysom Hill. He just isn’t an NFL starting quarterback. But for at least tonight we don’t have to think about that, and Packers fans everywhere will be grateful for Hill’s contributions.

It doesn’t matter who got hurt or what breaks didn’t go their way. There’s no excusing this Buccaneers’ loss. That being said, Tampa Bay had some absolutely brutal injury luck. Mike Evans, Chris Godwin and Leonard Fournette all left the game with various ailments.

Just when the Bucs were finally starting to get healthy on defense, their offense got completely ravaged all in the same game. With Antonio Brown still hurt (and also possibly about to get cut), Rob Gronkowski is pretty much the only familiar face left at Tom Brady’s disposal.

The ugly shutout against the Saints showed that even Brady can’t do much when he’s without all his weapons. And it looks like there’s a good chance all three of those guys will miss next week. Tampa Bay has a soft schedule to end the year with two games against the Panthers and a meeting with the Jets sandwiched in between, but this certainly isn’t what they needed as they get ready for another playoff run.