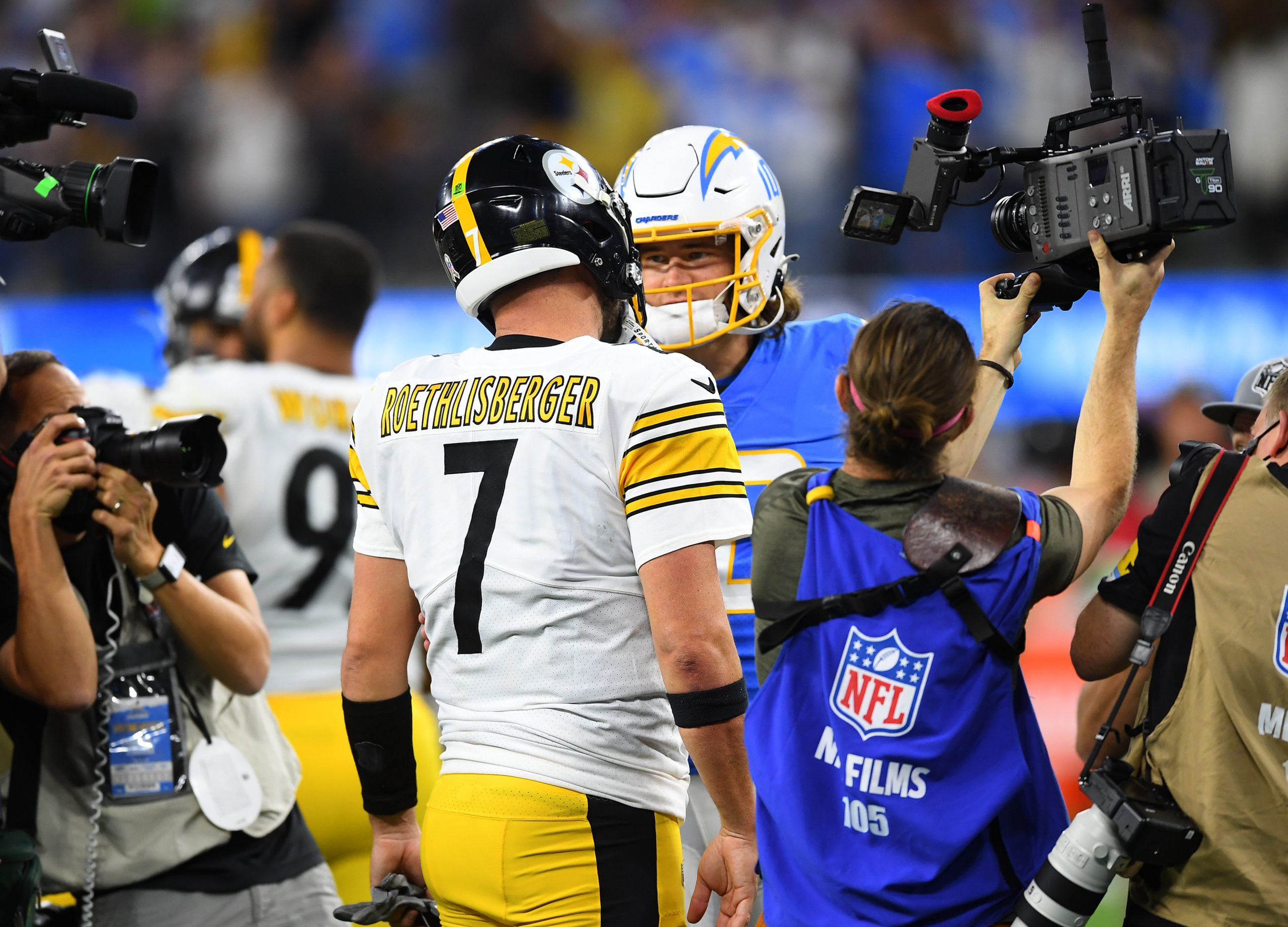 That was just about what we have come to expect from a football game featuring the Los Angeles Chargers. The Week 11 Sunday slate wrapped up with a shootout on Sunday Night Football between the Chargers and Pittsburgh Steelers. Los Angeles emerged with a thrilling 41-37 victory, but the game should never have been that close.

The Steelers’ luck finally ran out, while the Chargers tried their best to Charger the game away. It was a truly wild affair, if nothing else. Los Angeles is now 6-4, while the Steelers fell to 5-4-1. Let’s digest everything we just saw.

I’ve been banging the drum louder than anyone that Pittsburgh’s 5-3 start was fraudulent. The Steelers have an anemic passing game and a defense that is nothing more than average on its best day. It’s trending toward being significantly below average. They got carved up by Justin Fields two weeks ago and have been winning an incredible amount of games they didn’t deserve to.

Chicago should have beat them and out-gained them by well over 100 yards. They only managed to tie Detroit because Jared Goff can’t complete a forward pass. So I was expecting the Chargers to carve up this overrated Steelers defense. Even with a few starters missing. Justin Herbert did that and then some.

The Steelers somehow managed to come back at the end of the game, but only because they caught an unbelievable series of lucky breaks. Pittsburgh trailed by 17 in the fourth quarter, and then got a blocked punt and a fluke helmet-deflected interception that gift-wrapped the visitors 14 points.

Herbert clowned them for 475 total yards and the Chargers pretty much scored at will all game long. The scoreboard says the Steelers put up 37, but that’s highly misleading. Ben Roethlisberger still gives the offense an extremely low ceiling and the defense is no longer good enough to carry them.

They let Bud Dupree and a couple key guys from the secondary walk in free agency, and are now dealing with the injury bug. The Steelers are a team I’m going to continue to look to fade moving forward. They will still be overvalued by oddsmakers.

New coach, new quarterback, new stadium. Same old Chargers. They just can’t ever make it easy, even when they are the clear better team on paper. Los Angeles dominated the game for most of Sunday Night Football, and somehow almost lost. Even by their standards, the fourth-quarter meltdown was surreal.

They managed to fail to cover the closing spread of -6.5, when that looked like a sure thing for much of the night. The collapse against the Steelers was a stark reminder that this team probably isn’t quite ready to make the next step and become a true contender. Teams that win championships don’t have you holding their breath every single time they need to close out a game.

It will be very interesting to see where this team goes. At 6-4 the Chargers are very much in the AFC playoff picture, but it looks like the Chiefs may be getting their act together. As such, a division title could still be an uphill battle even as the Raiders and Broncos fade into the background. They have all the talent to beat any team in the playoffs, but the defense is a real concern. Herbert is a bona fide star, though.