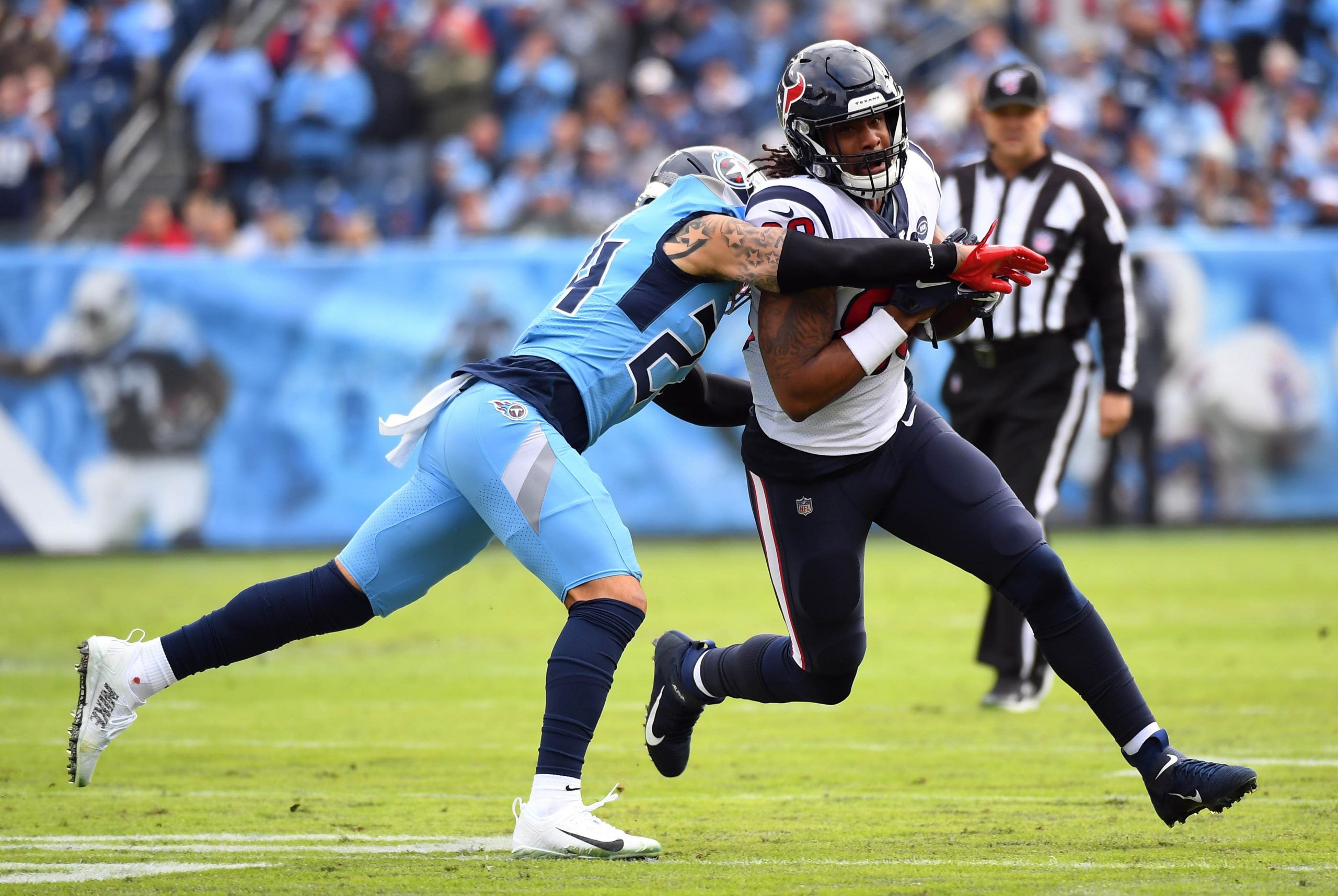 Thanksgiving has arrived, and that means we’ve got three NFL games to get excited about! The first two games of the day sees the Houston Texans take on the Detroit Lions, before the all-NFC East matchup between the Washington Football Team and the Dallas Cowboys. We’ve got a couple of great player prop bets for those games, while we’ll be looking a little more closely at the Ravens vs. Steelers Thursday Night Football game a little more closely.

We’ve also got plenty of side and total picks for this weekend, and you can find all of those for every game by checking our NFL picks. But right now, let’s dive in and look at the two we’re particularly sweet on for Thanksgiving’s NFL bonanza.

Jordan Akins had his best game of the season last week against New England, and I expect him to carry that momentum over into this game against Detroit. The UCF product had five receptions for 83 yards last Sunday, and should see another solid number of targets come his way from Deshaun Watson. It’s worth noting that Akins has had two or more receptions in six of his seven games for Houston this season, and the only anomaly came in that game against Cleveland when wind and rain put paid to any hope of a passing game.

Detroit meanwhile has struggled against decent catching tight ends, and just a couple of weeks ago allowed Logan Thomas four receptions for 66 yards. At the start of the month, three Colts tight ends accounted for eight receptions. Akins may have to split catches with Darren Fells and Pharaoh Brown, but the stats indicate he should have a few opportunities to register at least three grabs.

Antonio Gibson registered 128 rushing yards and a touchdown when he faced the Dallas Cowboys last month, and he should have another solid showing this time around. Gibson has been a little hit and miss for Washington out of the backfield, but gave a strong showing last week against Cincinnati and I expect him to carry over that momentum here.

The Cowboys have been woeful against the run, giving up 4.9 yards per carry, and have allowed the second-most rushing yards in the league. They looked to be showing signs of improvement when negating the threat of James Conner against the Steelers, but Dalvin Cook ran riot last Sunday to highlight that their troubles are not over yet. Washington is also unlikely to be playing from behind, which should mean a steady diet of carries for Gibson.

Check out more of our NFL Thanksgiving picks and previews: