HomeAnalysisNFL AnalysisThe Burning Question: Can Cam Newton lead the Panthers to the playoffs?

The Burning Question: Can Cam Newton lead the Panthers to the playoffs? 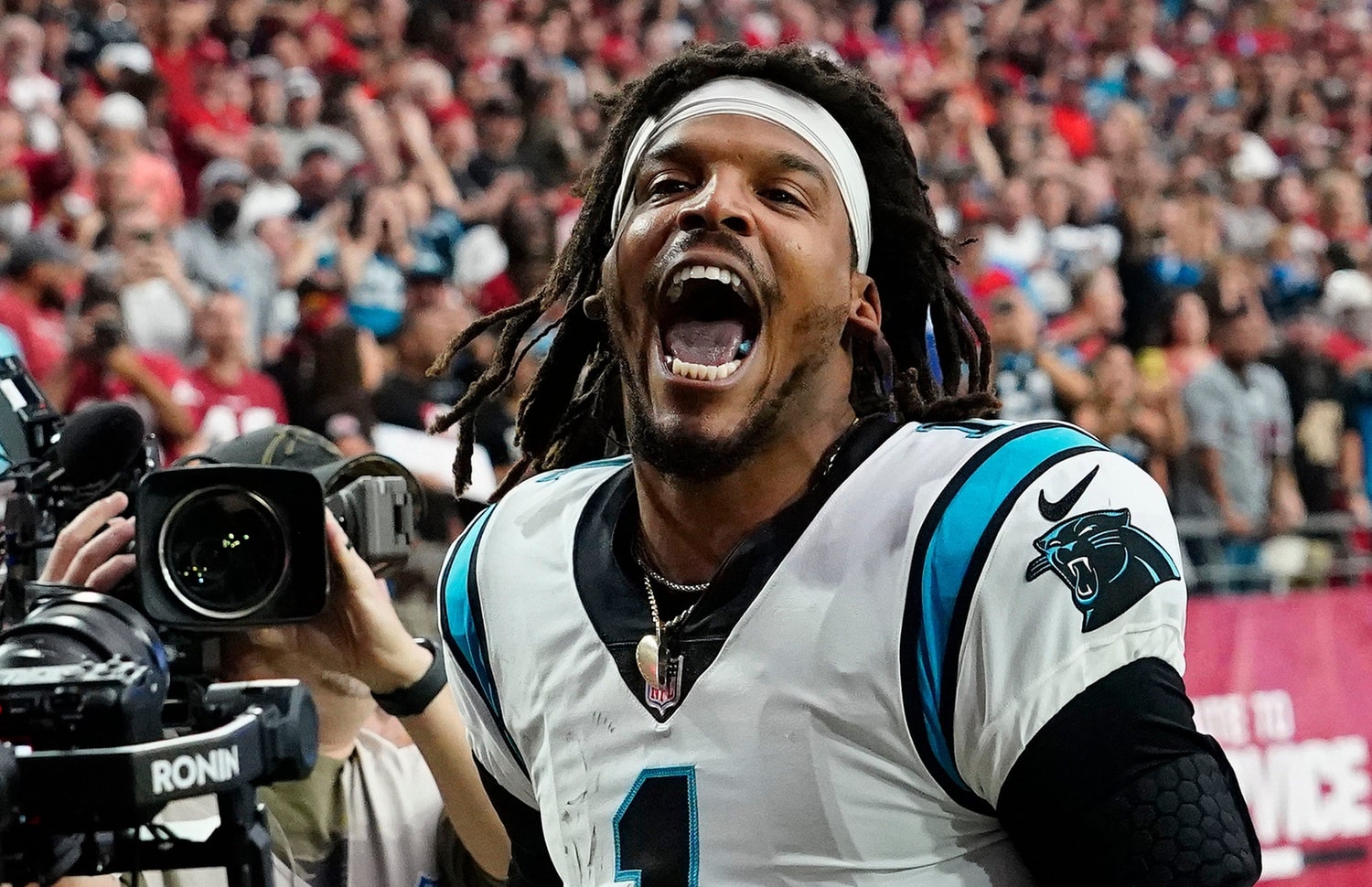 There were some surprise results in Week 10 of the NFL season, but none more so than the Carolina Panthers crushing the Arizona Cardinals 34-10. Cam Newton made his return to the Panthers in that game and he made his presence felt with one passing touchdown and one rushing score.

Carolina is now 5-5 and currently holds a wild-card spot in the NFC playoffs. But can the Panthers continue to roll and capture a place in the postseason? Will Newton light a spark in this Carolina team that will see the team get its season back on track? Or was that win just a freak result, and will the offense regress back to its struggles earlier in the season?

Our NFL experts — Jared Smith, Andrew Ortenberg, and Ricky Dimon — give their thoughts on the Panthers.

Jared Smith: Don’t count on it, but there are other reasons to like Carolina

Sunday’s reunion and subsequent first touchdown for Newton made for great television, and I’m sure the meme world loved his celebration after the fact. However, if you dig deeper the Panthers are averaging just 4.8 yards per play this season, and Newton had more interceptions than touchdowns as the Patriots starting quarterback in 2020.

On the other side, the Panthers’ defense has been tremendous this season, allowing 4.8 yards per play — the second-fewest in the league behind the Bills. The schedule is also relatively soft over the next three weeks with games against Washington, the Dolphins and Falcons. At 5-5, the Panthers are in contention for a wild-card spot in the top-heavy NFC, but I wouldn’t rely on Cam to get them there.

I was a full-on skeptic of this Panthers team early in the year. Nobody was banging the drum that their 3-0 start was fraudulent more than I was. They predictably collapsed, and I felt vindicated. But all that was with Sam Darnold at quarterback. I’m not the world’s biggest believer in Newton, but it’s obvious that he gives the team a lot more upside and juice than Darnold does. This defense is legit.

The Panthers suffered an ugly loss to the Patriots two weeks ago, but that was because Darnold did absolutely nothing. The defense actually did a really good job on Mac Jones. Brian Burns leads a ferocious pass-rush and there’s a lot of talent in the secondary, as well. The second-place team in the NFC West is likely locked into one of the three wild-card spots. But the other two are completely wide open and up for grabs. It’s far from a guarantee, but with the way this defense is playing, the Panthers have a very good shot to make the postseason.

Ricky Dimon: Not buying what the Panthers are selling

Can Newton lead the Panthers to the playoffs? I suppose it’s a reasonable possibility. Will he lead them to the playoffs? Probably not! Two plays were enough for Newton and Carolina fans to have some fun, but let’s be honest: that is not a large sample size of success. The last time Newton played any significant minutes he was busy throwing more interceptions (10) than touchdowns (8) in 15 games with New England last season. If the former Auburn signal-caller takes over as QB1 in Carolina, it’s going to take some time to get acclimated and time is something this team doesn’t have with a 5-5 record.

Investing serious optimism in the Panthers again — similar to when they were 3-0 — is a gross overreaction. Despite two wins in the last three weeks, they are still a dreadful 2-5 in their last seven games since that hot start. The only teams they have defeated during this stretch are lowly Atlanta and an Arizona squad that was without Kyler Murray and DeAndre Hopkins. Nothing — Newton included — about Carolina’s resume over the past seven weeks is overly encouraging.

Whatever the case, if the Panthers do take the backdoor to the playoffs (which I don’t expect) it will be because of Christian McCaffrey and a solid defense as opposed to Newton.