The most underrated and overrated teams entering 2020/21 NBA season 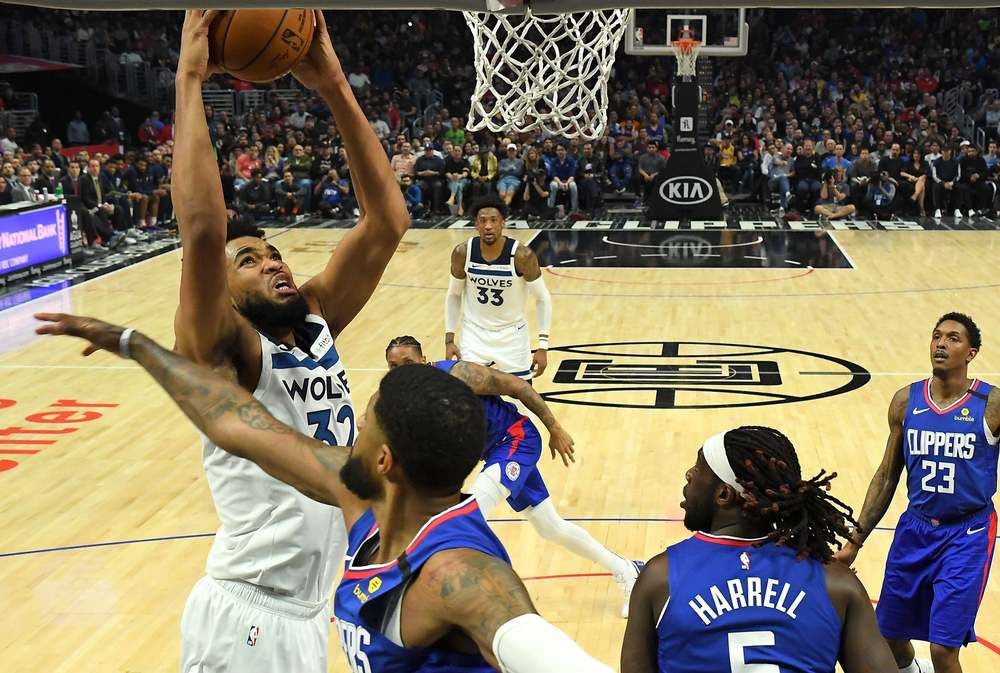 The NBA is finally back. After what was (thankfully) a relatively brief offseason, the league will officially get back into action with a great doubleheader on Tuesday night. Before things get back in full swing it’s important to get a sense of where things stand entering the year, so you know where to place your bets early on.

Today we’ll be breaking down three of the most underrated and overrated teams in terms of public perception. The key to successful long-term betting is finding discrepancies in the market, and that starts with finding teams that are over or under valued and fading or riding them accordingly. Let’s jump in.

Many seem to be expecting the Timberwolves to once again be one of the worst teams in the NBA, and I think that’s misguided. Karl Anthony-Towns is a legitimate superstar, and he only played in 35 games last year. There’s literally nobody else in the league his size who can average 26.5 points per game and shoot over 40 percent from downtown on eight attempts per game. D’Angelo Russell only played in 11 games for the T-Wolves last year, so we barely got a glimpse of what this duo can look like. They added Ricky Rubio this offseason, giving them a desperately needed stable presence at point guard to run the offense and create great looks for KAT and Russell. When you throw in the fact they just added first overall pick Anthony Edwards, and have another very talented scorer in Malik Beasley who only played 14 games for them, I don’t see how they aren’t much better than last year.

Similarly, everybody is expecting the Rockets to take a big step back, and I think that’s misguided. I don’t see much of a downgrade at all from Russell Westbrook to John Wall, and if anything Wall is a better fit next to James Harden. Christian Wood looks like a fantastic offseason pickup, and if Demarcus Cousins can return to his pre-injury from I think this team will be one of the best in the Western Conference. There’s still plenty of role player talent here as well with the likes of P.J. Tucker, Eric Gordon, Danuel House etc., and I think they’ve got a lot of value to win the Southwest Division at +500. Of course, a lot of this hinges on the Rockets ultimately keeping Harden.

One of the forgotten teams in the East, the Magic don’t have any superstars but they’ve got a lot of very good players. Remember, this is a team that really pushed the Bucks in the first-round of the playoffs despite being crippled by injuries. Steve Clifford is a great coach, and any Clifford team is going to be disciplined and play good defense. I love their first-round pick Cole Anthony, and he’s shown in the preseason he has star potential. If Markelle Fultz or Mo Bamba can take the next step in their developments, there’s a lot of upside here. Their season win percentage has been set at only 43.5 percent on DraftKings, and I think they’ve got a very good chance to finish above .500. With Aaron Gordon, Nikola Vucevic, Terrence Ross, Evan Fournier etc., there’s more talent here than people realize.

KAT is just a beast!#Timberwolves #NBA

Before we go any further, let me emphasize that this isn’t saying any of these teams will be bad, just that the hype may have gotten a bit out of control. That’s certainly the case with the Mavericks, as everyone has understandably gotten really excited by what Luka Doncic did last season. But the fact is Doncic was already playing at a near-MVP level last season, and I don’t see any reason to believe this Dallas team will be dramatically better than last year’s. Kristaps Porzingis isn’t going to be ready for at least the first month of the season, and possibly longer. Their ceiling is greatly capped without him, and they didn’t make many moves this offseason other than swapping Seth Curry for Josh Richardson. They aren’t anywhere close to being NBA championship contenders in my opinion.

Speaking of hype, that’s pretty much all the Nets are at the moment since no one has seen them actually play in a meaningful game together. There are just too many unknowns for me to consider backing them early in the season. Kevin Durant obviously hasn’t played in a year and a half, and Kyrie Irving only played in 20 games for Brooklyn last year. The team is going to take it easy on Durant right off the bat, and I think there could be some value in fading them early in the season as they prioritize developing chemistry over winning.

I understand the excitement around this team, and it’s hard not to feel good about Trae Young. But this is still a team that went just 20-47 last year. Their win percentage is at 47.5 percent on DraftKings, and I’m not sure the offseason additions of Bogdan Bogdanovich, Danilo Gallinari, and Rajon Rondo warrant that kind of jump. I just don’t see this team being very good defensively, and they’re not going to be truly elite enough on offense to cancel it out.