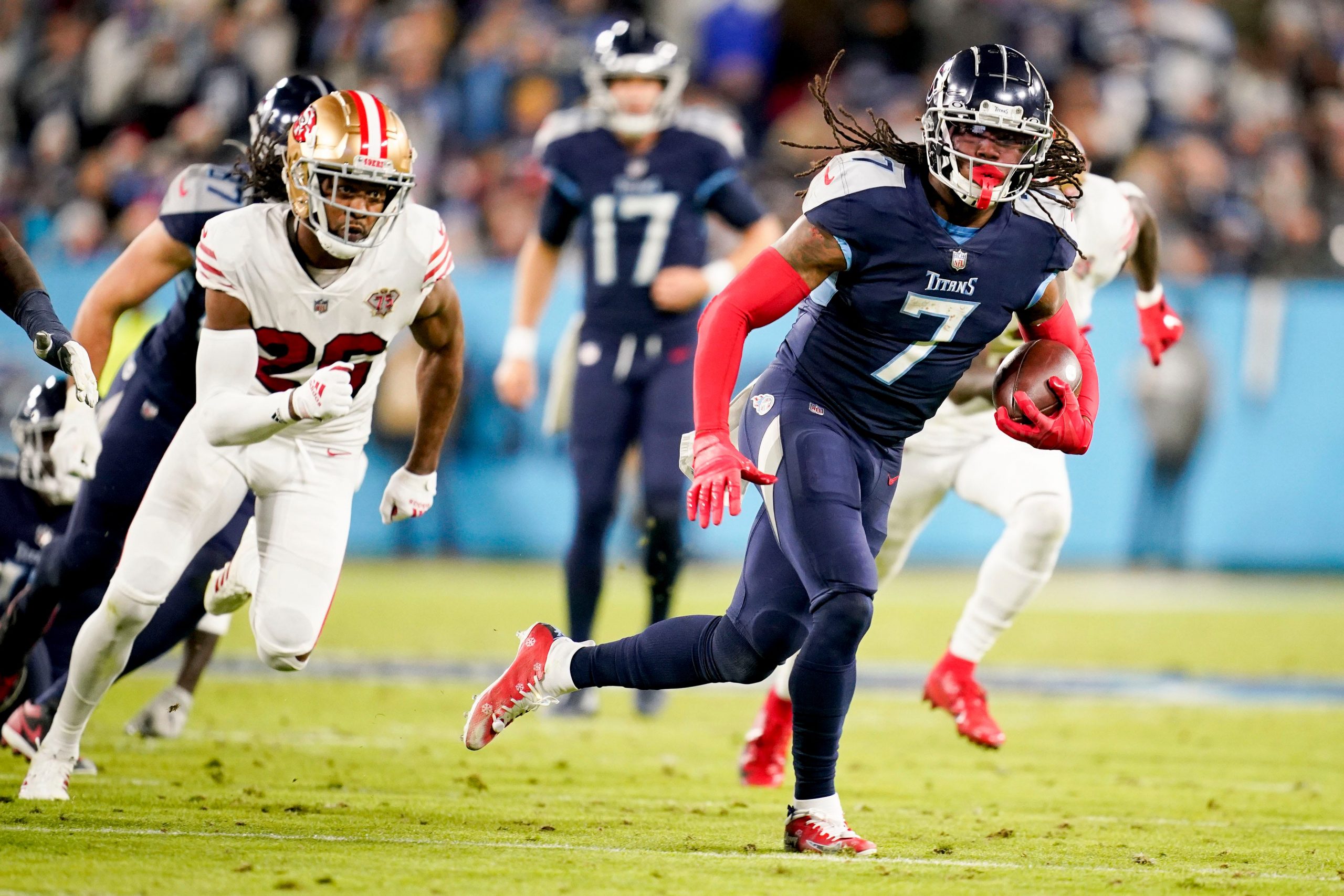 Well, there it is. Thursday Night Football is officially done for the 2021 season. It was 16 wild weeks. The last edition of TNF until 2022 had plenty of intrigue, with the Tennessee Titans eventually emerging with a narrow 20-17 victory over the San Francisco 49ers. We have a big Week 16 slate coming up, and don’t forget to check out our free picks on the side and total for all of those games.

But first let’s talk TNF. The 49ers had made major strides the past few weeks while the Titans appeared to be floundering, but the tables have now been turned. Let’s digest everything we just witnessed:

The 49ers had done so much to put themselves in a great position in the NFC playoff race the past few weeks. Then they jumped out to a double-digit lead over the Titans. And then they melted down as they blew that lead, and possibly their season in the process.

Jimmy Garoppolo threw all the good will he had generated out the window, and there are renewed calls for his head after a couple of crucial interceptions. The defense also collapsed in the second half, and they failed to cover the 3-point spread. This was a game that was around even on the lookahead line last week, and it looks like the huge line movement here was indeed an overreaction to Week 15.

The 49ers are no longer sitting pretty. San Francisco now finds themselves at 8-7, and with plenty of teams right on their heels in the crowded NFC wild-card hunt. A home date against the Texans next week will likely get them to 9-7. But then they’ve got a road game against the Rams where they’ll be underdogs and could drop to 9-8.

And that might not be good enough to get in. Things change fast in the NFL, and that was made clear as ever by Thursday Night Football. 24 hours ago the 49ers were being championed by everybody as sleeper Super Bowl contenders that were on fire. Now they’re back in a state of uncertainty, with questions swirling about everybody’s future…

AJ BROWN IS BACK 😤

Once again the Titans picked up a victory in a game where they were far from perfect. A win is a win in the NFL, but I still wouldn’t be feeling great if I was a Tennessee fan. They didn’t exactly outplay the 49ers. Garoppolo averaged 9.2 yards per attempt and the Titans’ offense was still stagnant for much of the night.

They were finally able to get something going in the second half against San Francisco’s subpar corners, but they finished the game with only 278 total yards (the 49ers had 389). That being said, the Titans are now pretty much assured of the AFC South title. If the Colts lose to the Cardinals on Saturday, Tennessee will clinch the division. That means the Titans will get to host a home playoff game, and Derrick Henry very well may be back by then.

But this performance against the 49ers didn’t do anything to change my opinion that the Titans are overrated.