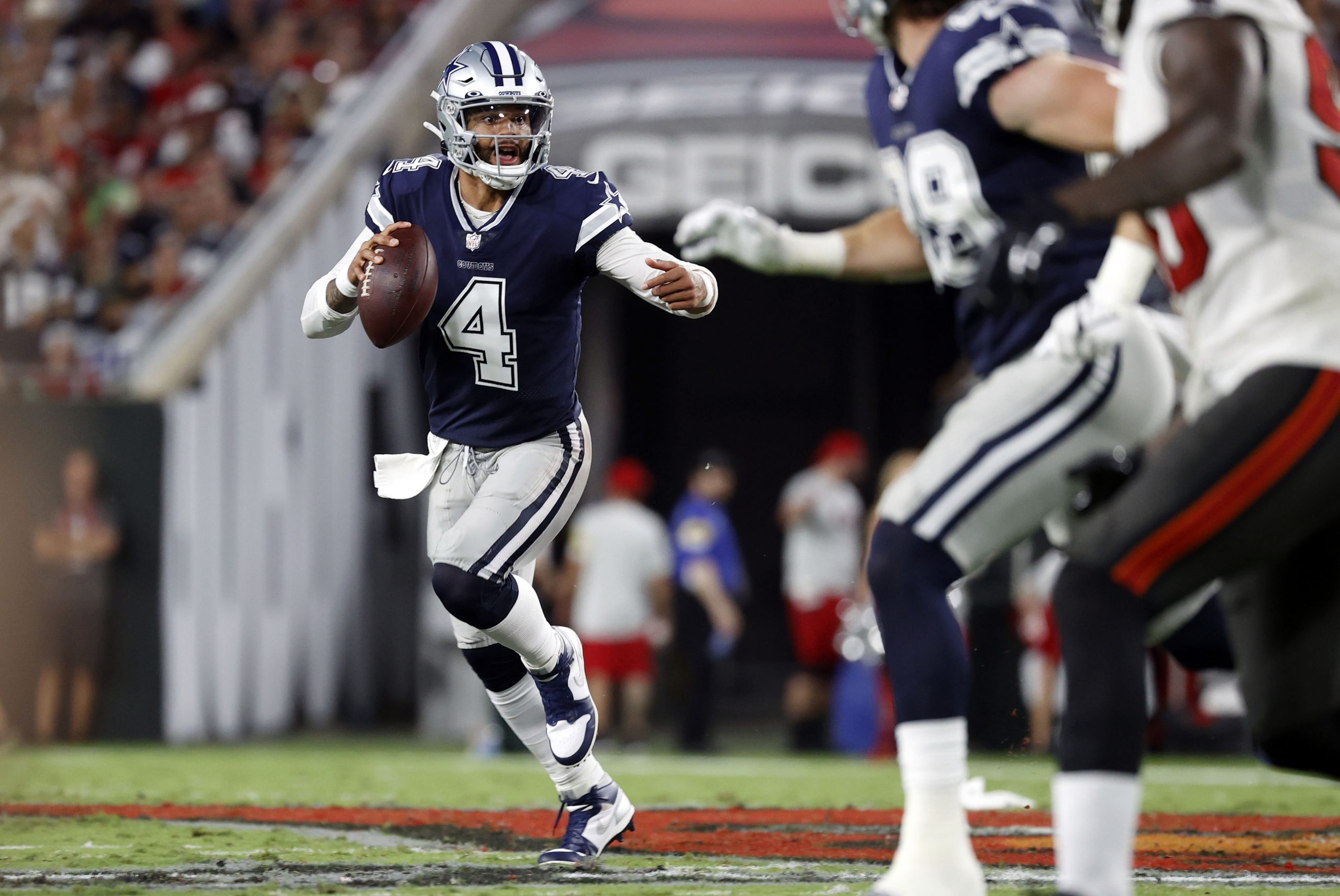 What a game! The NFL officially returned with Thursday Night Football, and the opener certainly didn’t disappoint. The Tampa Bay Buccaneers squeaked past the Dallas Cowboys, winning a 31-29 thriller. We couldn’t have imagined a much better start to the season, and there’s a lot to digest.

Tampa Bay kicked off its Super Bowl defense with a victory in front of their home fans, while Dallas fans have to be feeling pretty good about the return of Dak Prescott. The Cowboys lost the game, but they looked like Super Bowl contenders while doing it. Tom Brady definitely hasn’t lost a step, and the Bucs’ offense looks like it’s going to be elite, but that’s not too surprising.

My top takeaway is all about Dallas. Let’s break down what we just saw.

I have a substantial wager on the Cowboys over 9 wins. Despite losing their first game, I somehow feel even better about it now than when I placed it. It was fair for anyone to question what Prescott was going to look like this season. Not only was he coming off a devastating ankle injury that had his foot pointing in the wrong direction, but he also dealt with a mysterious shoulder issue this summer.

I’ll admit I was a bit nervous about how he’d fare. He settled my nerves pretty much right away. Prescott was fantastic, continuously making the right reads and delivering the ball to the right spot in the face of a ferocious Bucs pass-rush. My only question about this team was Prescott’s health.

He attempted 58 passes, quelling any concerns about how his shoulder would hold up. Prescott didn’t play at all in the preseason, yet looked like he never missed a beat against one of the league’s best defenses. It was beyond encouraging.

The Cowboys are Super Bowl contenders

Now that Prescott’s health is no longer an issue, I don’t see how the Cowboys aren’t the clear favorites in the NFC East. The Bucs are the favorites to emerge from the NFC and make it back to the Super Bowl, and clearly Dallas can go toe to toe with them. All-Pro guard Zack Martin missed this game on the COVID-19 list, and if he was out there I think the Cowboys would have won.

He would have helped immensely against Vita Vea, who nearly singlehandedly won the game for Tampa at the end. Both CeeDee Lamb and Amari Cooper went over 100 yards, and this group of skill position players met the hype and then some. Dallas’ much-maligned defense also didn’t look too bad.

They completely shut down the Bucs’ running game, and all things considered did a pretty good job against Brady. It’s never going to be easy to guard Chris Godwin, Mike Evans, Antonio Brown, and Rob Gronkowski. The unit is clearly much better than it was last year.

A loss like that isn’t easy to swallow, but the Cowboys have no reason to hang their heads. They now have an extra-long week to prepare for the Chargers in Week 2. The best part? Dallas doesn’t play another team that made the playoffs last year until Week 11. I’m going to be doubling down on some Cowboys futures.