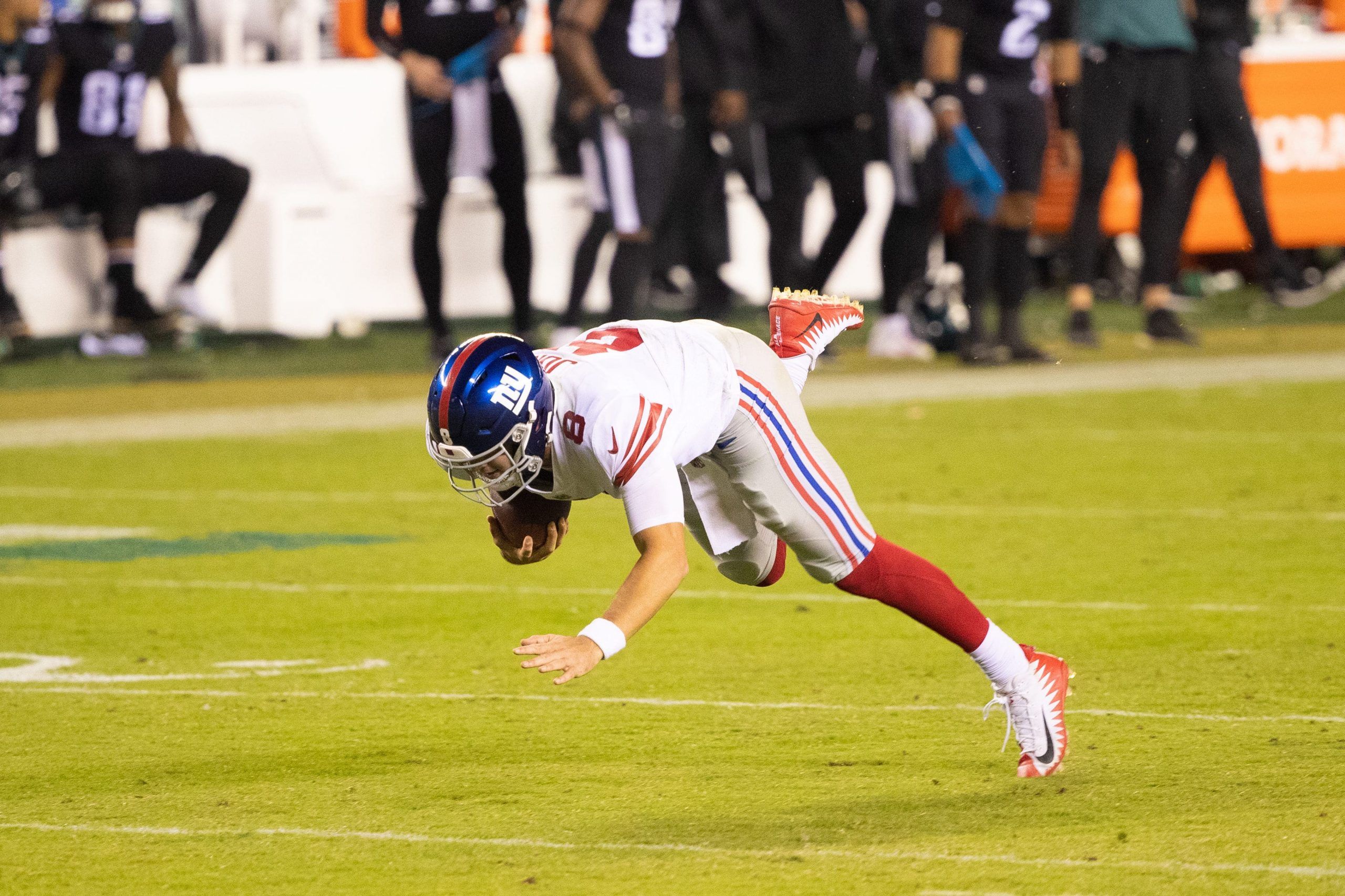 Good news: Thursday Night Football is over. Bad news: everything else.

But, hey, at least it was competitive! The Philadelphia Eagles scored a come-from-behind 22-21 victory over the visiting New York Giants in what Fox analyst Terry Bradshaw called “a well-played game by both teams.” Clearly Bradshaw spent the entire night watching the second presidential debate instead of football, because that was without question one of the lowest-quality games of this NFL season.

Yes the Eagles won, but this was more a case of the Giants losing. New York led 21-10 with less than five minutes remaining only to collapse at the finish line. Head coach Joe Judge’s squad watched Philadelphia go on a 78-yard touchdown drive in four plays that took up only one minute and 39 seconds as the home team pulled to within 21-16. The Giants were still poised to put the game away with one first down on their ensuing drive, and they literally had it in their grasp. That was until tight end Evan Engram dropped an easy pass that would have given his team a first down near midfield. New York was therefore forced to punt and promptly watched the Eagles go on a game-winning, 71-yard touchdown drive in one minute and 22 seconds.

The Giants actually still had a chance with 40 seconds left, when a field goal would have won the game instead of tied. That’s because Philadelphia mangled two-point conversion tries following each of its fourth-quarter touchdowns. On the first one the Eagles attempted a nondescript quarterback dive that resulted in a Carson Wentz fumble. Head coach Doug Pederson overcorrected on the second one and set up a bizarre formation with Wentz out wide and Jalen Hurts at quarterback. Unsurprisingly, the result was an incomplete pass and an illegal man downfield call was obviously declined by New York. Whatever the case, the Giants’ final drive ended on a strip-sack of QB Daniel Jones; they never came close to field-goal range.

It was an appropriate end to a night on which the signature moment was Jones falling flat on his face during what should have been an 88-yard touchdown run when there was no Philly defender in sight.

The only winner was Dallas

Congratulations, Cowboys. You won Thursday Night Football without even participating in the festivities!

It is true that they would have preferred a New York victory, but—as sad as this is—the ‘Boys look like by far the best team in the NFC East. That’s not to say that Dallas is good; not by any stretch of the imagination. It’s simply that the other three division representatives stink. Even with their win on Thursday night, the Eagles are just 2-4-1 (which is temporarily good enough for first place ahead of 2-4 Dallas). New York is now 1-6, while the Washington Football Team is 1-5. Barring a tie, either the Cowboys or TWFT is going to get another win this weekend because they are going head-to-head in Week 7. A Dallas-Philadelphia showdown will then be on tap for Week 8, which at that point will determine first place in the worst division in football.

Thursday Night Football was a microcosm of the entire division: not good at all, but laughably entertaining.