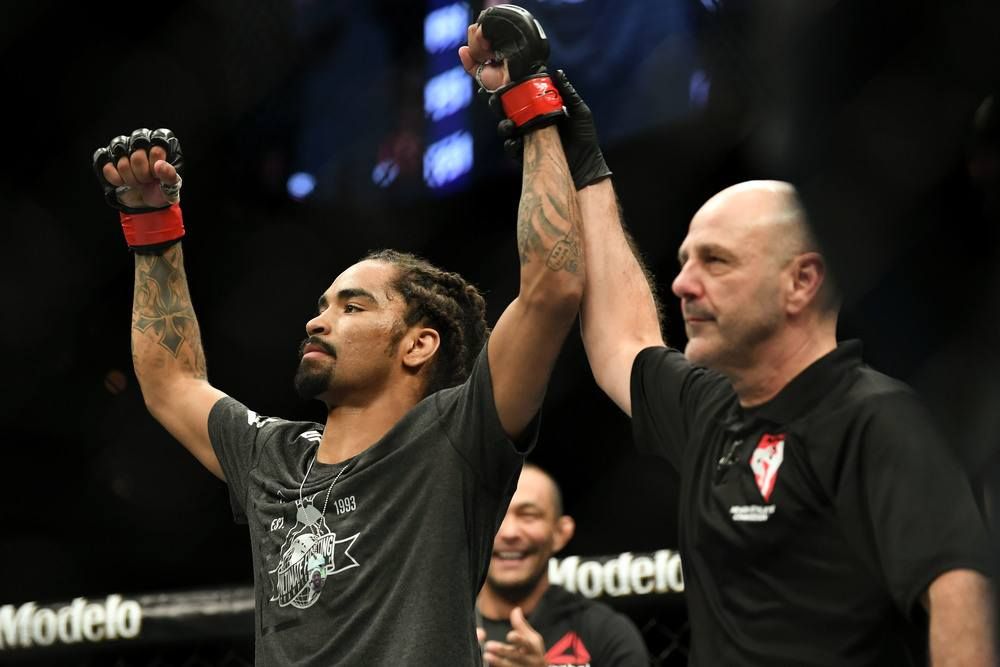 Matthew has been with Pickswise for a while now, covering a wide variety of sports. His main passions are college football and UFC, and those are the sports he has covered the most. Matthew uses a variety of methods to handicap games, including stats, trends, injuries, and situational factors. His goal is to consistently give out winners and will put in the research to try and achieve this.
@Sixfigurematt
Updated: 2:17 AM ET June 19, 2020

Before heading out to ‘Fight Island’ in July, the UFC have a few more fight cards set at the UFC Apex in Las Vegas, Nevada. This weekend’s card is no different as there are plenty of fights offering value in the betting market.

Here is our best three-fight parlay that pays at odds of +255, don’t forget to check out our best bets for UFC on ESPN 11.

Odds correct as of Thursday via DraftKings Sportsbook. Get a sign up bonus up to $1,000 when you use this link to create a new account or see more offers and sportsbook reviews for the best online sportsbooks.

The sixth preliminary at UFC on ESPN 11 will see a Women’s Strawweight bout between Brianna Van Buren and Tecia Torres. Van Buren is 9-2 in the MMA and just won her UFC debut last time out, beating Livinha Souza by unanimous decision. Van Buren is a terrific striker, averaging 4.80 significant strikes per minute. Even more impressive, she averages 3 takedowns per every 15 minutes. Her takedown accuracy is 75% too, so almost every time she attempts one, she lands it. Tecia Torres, is 10-5 in her MMA career, but 5-5 in her UFC career. What is concerning is the fact that she is 0-4 in her last 4 fights. All 4 of these losses have come by unanimous decision as well, so she just is not doing enough to score points with the judges. Van Buren is clearly the more balanced fighter and there is no way I want to back Torres here with her losing streak. I will take Van Buren to win this fight comfortably and to move to 2-0 in the UFC.

The first fight of the main card at UFC on ESPN 11 will be a Lightweight bout between Jim Miller and Roosevelt Roberts. Jim Miller comes in as an MMA veteran, posting a career record of 31-14. In the UFC, he is 20-13 and has 1 no contest. He has not fought since February of this year, a loss to Scott Holtzman by unanimous decision. With that loss, Miller is just 4-6 in his last 10 fights. Roosevelt Roberts is fresh off a win over Brok Weaver that took place on May 30th. Roberts averages 1.83 takedowns per 15 minutes at an accuracy of 57%. His striking is also better than Miller’s, where he averages 3.12 significant strikes per minute at 49%. Roberts is 10-1 in his MMA career, and 3-1 in the UFC, so this is his chance to make a name himself against a quality opponent. I believe he can win this fight without much issue so I will take Roberts here to win.

The Co-Main Event at UFC on ESPN 11 will be a Featherweight bout between Josh Emmett and Shane Burgos. Shane Burgos is 13-1 in his MMA career, with a UFC record of 6-1. His 1 loss came to Calvin Kattar, but that was back in January of 2018. For Burgos, he is going to want to keep this fight standing. He is averaging 7.09 significant strikes per minute with an accuracy of 50%. Josh Emmett enters this match with a career MMA record of 15-2. He is 5-2 in the UFC and has won 4 of his last 5 fights. Emmett is averaging 3.63 significant strikes per minute. While it is true that Burgos’ does absorb a ton of strikes with his style of fighting; I would look for Burgos to tire Emmett with his boxing and will take him to continue his winning streak.