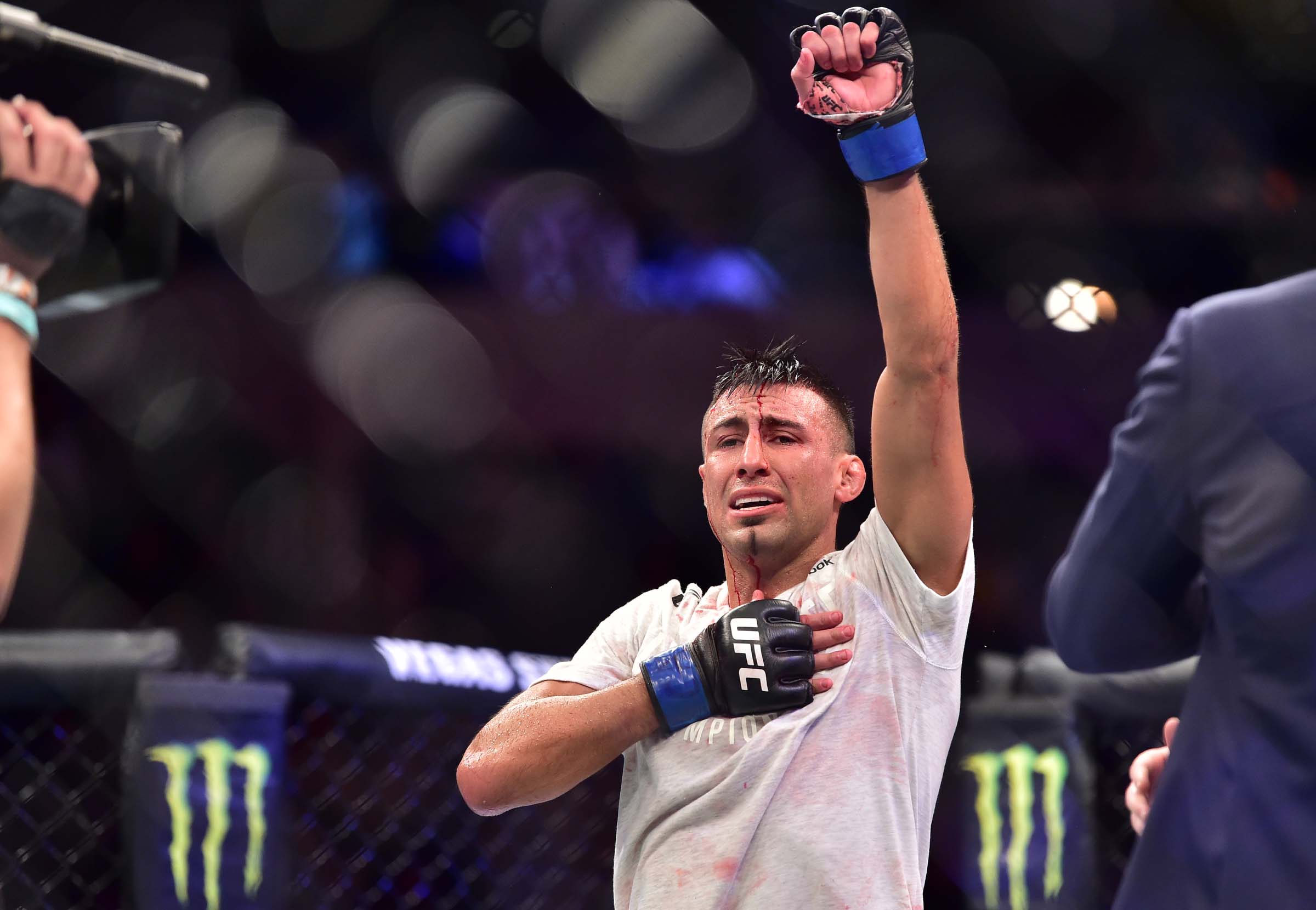 UFC Fight Night 194 takes place on Saturday at the UFC Apex in Las Vegas, Nevada. The card will feature a women’s strawweight division fight as the main event.

Phil Hawes comes into this fight with an MMA record of 11-2. He is 4-1 in the UFC, most recently beating Kyle Daukaus by unanimous decision back in May of this year. He is averaging 3.44 significant strikes per minute and has a striking accuracy of 58%. He is absorbing 3.29 strikes and has a striking defense of 52%. His grappling is also solid, averaging 2.70 takedowns per every 15 minutes. He has a takedown accuracy of 38% and a takedown defense of 100%.

Hawes has won his last 4 fights in a row, 2 of them coming by a finish. He has 9 wins by finish in his career, so backing another finish by Hawes looks to be a solid play.

Chris Gutierrez comes into this fight with an MMA record of 16-3-2. He is 4-1-1 in the UFC, most recently beating Andre Ewell by unanimous decision back in February of this year. Gutierrez is averaging 4.30 significant strikes per minute and has a striking accuracy of 57%. He is absorbing 2.45 strikes and has a striking defense of 59%. His grappling is not as strong though, averaging 0.57 takedowns per every 15 minutes. His takedown accuracy is 60% and his takedown defense is 73%.

Gutierrez has won most of his fights by decision, including 3 of his UFC fights. Felipe Colares has also seen all of his UFC fights go the distance, which includes 2 losses. His striking has not been great and he does not land his takedowns at a high rate. For that reason, backing Gutierrez to win by decision will be the play.

Alexandr Romanov Win by Submission or Decision (-150) vs Jared Vanderaa

Alexandr Romanov comes into this fight with an MMA record of 14-0. He is 3-0 in the UFC, most recently beating Juan Espino by split decision. He is averaging 3.68 significant strikes per minute and has a striking accuracy of 44%. He is absorbing 1.47 strikes and has a striking defense of 43%. His grappling looks to be better than his striking, averaging 4.75 takedowns per every 15 minutes and 1.8 submission attempts during the same time period. Romanov has a takedown accuracy of 61% but a takedown defense of 20%.

Romanov is the clear favorite, it is just a matter of how he will win. He has won majority of his fights by submission, but very well could just control this fight on the ground for a decision win. Because of that, backing Romanov to win by submission or decision looks to be a solid play.