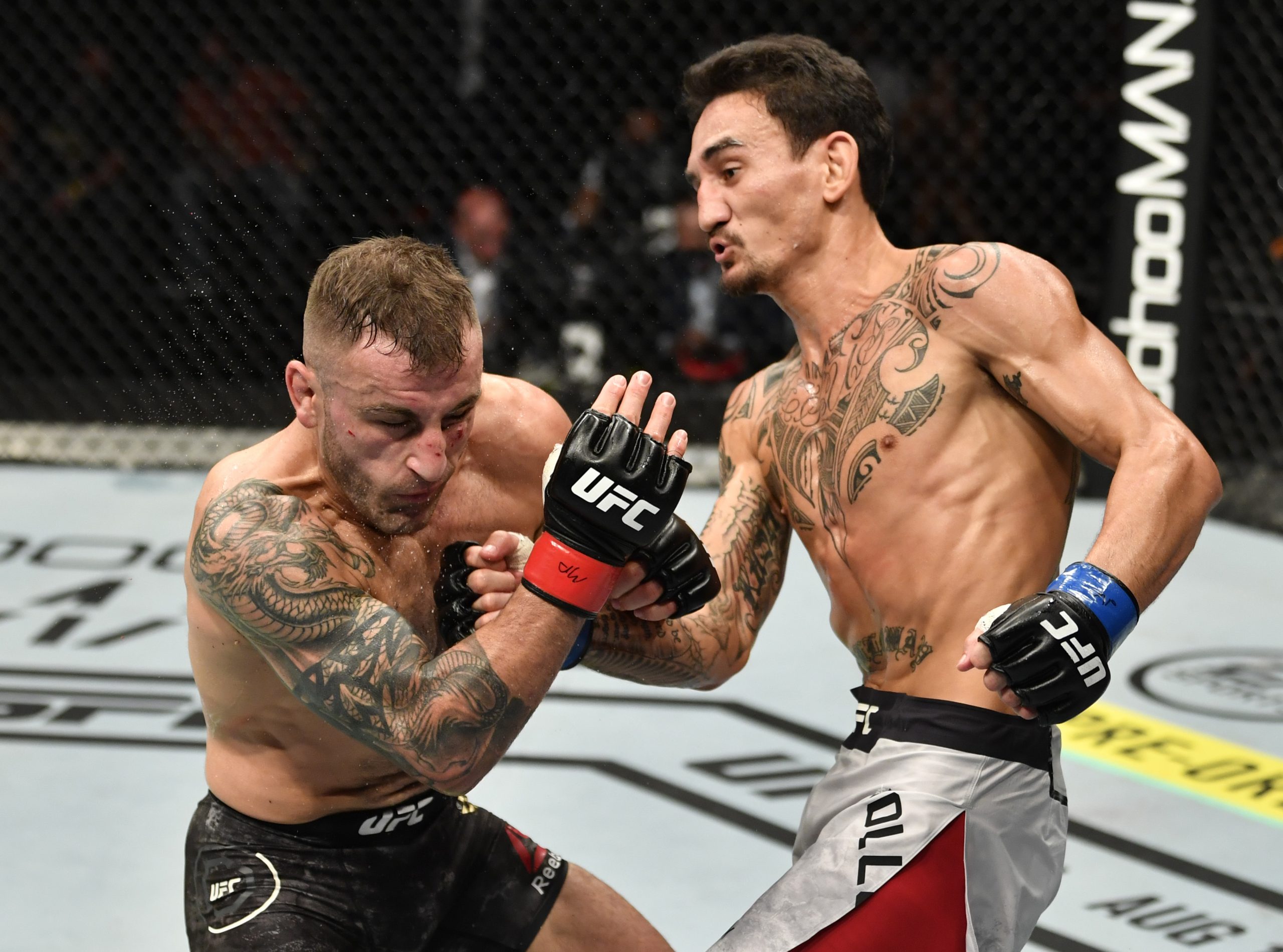 UFC Fight Night 197 takes place on Saturday at the UFC Apex in Las Vegas, Nevada. The card will feature a featherweight division fight as the main event.

Max Holloway comes into this fight with an MMA record of 22-6. He is 18-6 in the UFC, most recently beating Calvin Kattar by unanimous decision back in January of this year. He is averaging 7.26 significant strikes per minute and has a striking accuracy of 46%. He is absorbing 4.58 strikes and has a striking defense of 60%. Holloway’s grappling is not likely to play a factor though, averaging 0.21 takedowns per every 15 minutes. He does have a takedown accuracy of 71% and his takedown defense is 84%.

Yair Rodriguez comes into this fight with an MMA record of 14-2. He is 8-1 in the UFC, though his last fight in the promotion was back in 2019. This was a win against Jeremy Stephens by unanimous decision. Rodriguez is averaging 4.33 significant strikes per minute and has a striking accuracy of 45%. He is absorbing 3.13 strikes and has a striking defense of 57%. His grappling is decent, averaging 0.90 takedowns per every 15 minutes. Although his takedown accuracy is 29%, his takedown defense is 63%.

Holloway is much too big of a favorite here to back straight up. Note that his last 5 fights in a row have gone the distance, while the long layoff for Rodriguez could make a finish unlikely. Holloway has the striking to control this fight but has not recorded a TKO/KO win since 2018. For that reason, backing this fight to go the distance will be the play.

Neither fighter has great striking, so this should be a fight decided by the ground. Three of Joel Alvarez’s 4 UFC fights have ended inside the distance, while 2 of Thiago Moises’ last 4 UFC fights have done the same. Also, all 18 of Alvarez’s wins have come by finish with 16 wins by submission. For that reason, backing this fight to end inside the distance will be the play.

Both of these guys have plenty of power with 12 of Da-Un Jung’s wins in his career coming by a finish and 6 of Kennedy Nzechukwu’s wins coming by finish as well. Four of Nzechukwu’s UFC fights have ended inside the distance, while 2 of Jung’s 4 UFC fights have done the same. For that reason, backing this fight to end inside the distance will be the play in what should be an entertaining fight.