HomeAnalysisUFC AnalysisUFC predictions, picks and best bets for UFC on ESPN 29: Sherman and Porter to battle it out

UFC predictions, picks and best bets for UFC on ESPN 29: Sherman and Porter to battle it out 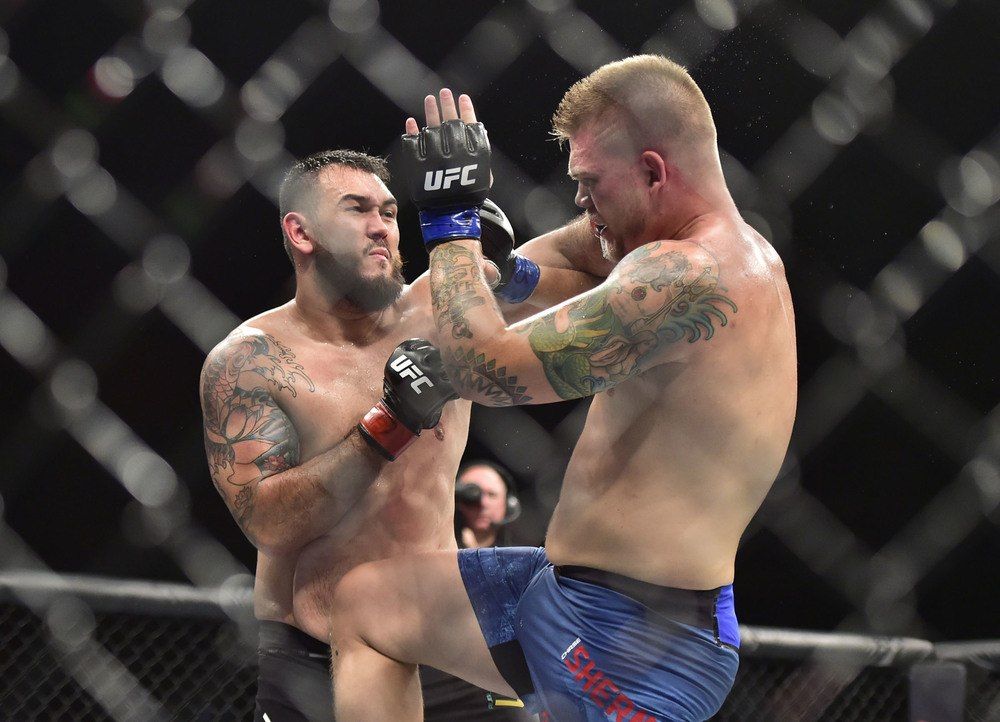 Matthew has been with Pickswise for a while now, covering a wide variety of sports. His main passions are college football and UFC, and those are the sports he has covered the most. Matthew uses a variety of methods to handicap games, including stats, trends, injuries, and situational factors. His goal is to consistently give out winners and will put in the research to try and achieve this.
@Sixfigurematt
Updated: 12:56 PM ET August 20, 2021

UFC on ESPN 29 takes place on Saturday at the UFC Apex in Las Vegas, Nevada. The card will feature a middleweight fight as the main event.

We’ll share our UFC on ESPN 29 best bets here but head over to our main UFC on ESPN 29 predictions page for picks for every fight on the main and preliminary card. Please gamble responsibly when following our MMA picks and predictions.

Parker Porter comes into this fight 1-1 in the UFC. Porter is averaging 7.69 significant strikes per minute and has a striking accuracy of 49%. He is absorbing 7.36 strikes and has a striking defense of 52%. His grappling has actually been pretty good, averaging 1.65 takedowns per every 15 minutes. He has a takedown accuracy of 60%, but has not had to defend any takedowns so far.

With this being a heavyweight fight, one punch could decide it. Porter has lost by TKO/KO once in his UFC career already and Sherman has seen 5 fights end by TKO/KO. For that reason, backing this fight to end by TKO/KO will be the play.

Luis Saldana comes into this fight with an MMA record of 15-6. He is 2-0 in the UFC, most recently his UFC debut against Jordan Griffin by unanimous decision back in April of last year. His other UFC win was by TKO/KO in a Dana White Contender Series Event. Saldana is averaging 4.39 significant strikes per every 15 minutes and has a striking accuracy of 51%. He is absorbing 1.79 strikes and has a striking defense of 64%. Unlike his opponent, grappling will likely not play a factor for Saldana. He also only has a takedown defense of 42%.

Saldana may have seen his official UFC debut end in decision, but he has 14 wins by finish in 15 career fights. Lingo does have the edge on the ground, but Saldana’s power looks to be a major factor. For that reason, backing Saldana to win will be the play here.

Roosevelt Roberts vs Ignacio Bahamondes: Fight to go the Distance – No (+115)

Roosevelt Roberts comes into this fight 5-2 in the UFC with 1 no contest. His most recent fight was that 1 no contest, and before that he lost to Jim Miller by submission. Roberts is averaging 3.03 significant strikes per minute and has a striking accuracy of 49%. He is absorbing 2.27 strikes and has a striking defense of 52%. His grappling is also good, averaging 1.75 takedowns per every 15 minutes and 1.1 submission attempts during the same time period. His takedown accuracy is 53% and his takedown defense is 58%.

Both guys have a high finish rate with Roberts winning 8 of his 10 career fights inside the distance and Bahamondes having 8 wins by knockout. Bahamondes is a high-volume striker too, while Roberts has very good submission ability. For that reason, backing this fight to end inside the distance will be the play.