HomeAnalysisNFL AnalysisWise n' Shine: What you need to know to bet better on Monday, October 25 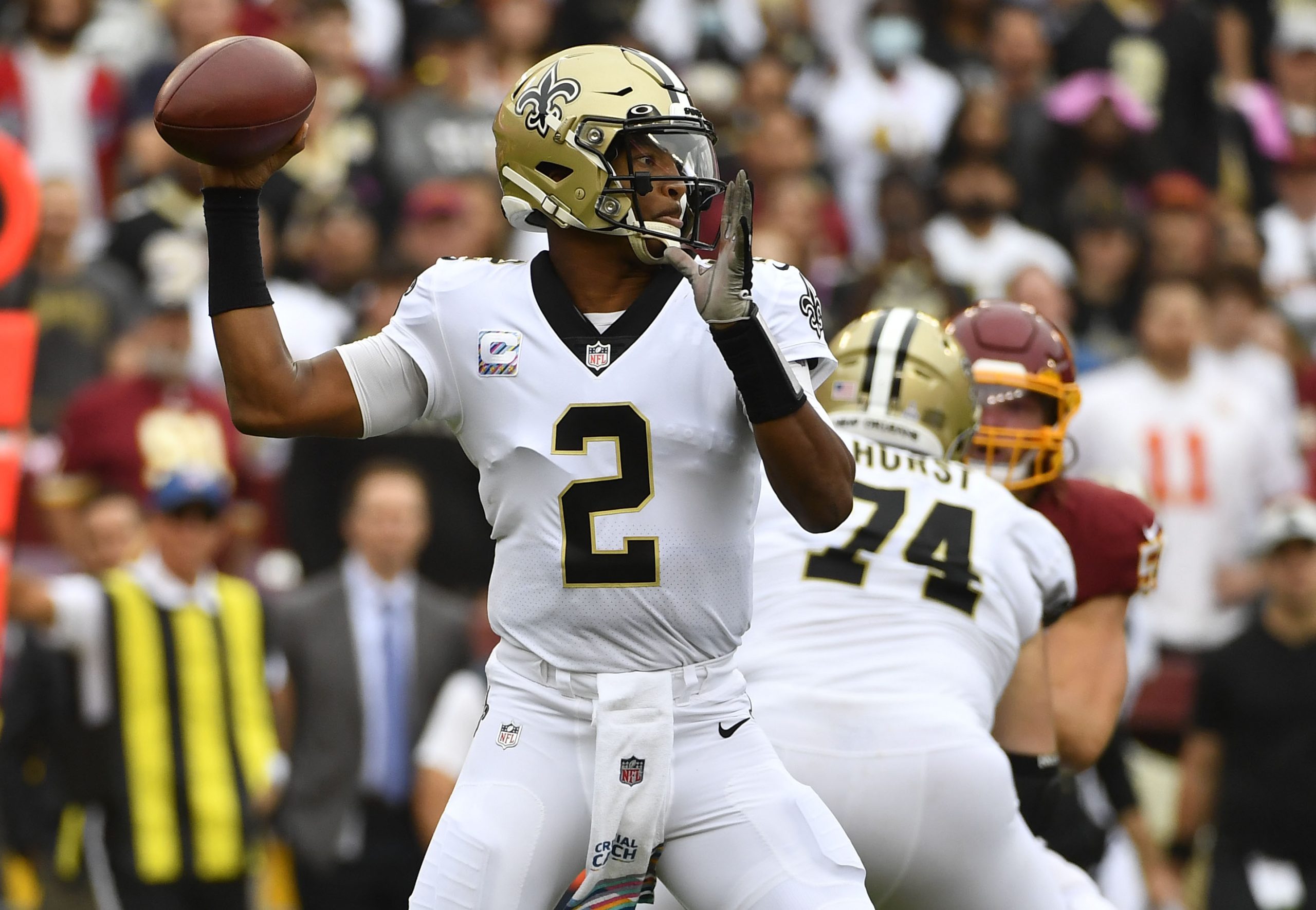 What an amazing weekend of sports that was, and Monday brings us an NFL game plus NBA and NHL slates to enjoy. Let’s get straight into it!

Prop picks lead the way on NFL Sunday
Two AFC results made the headlines on the Sunday of NFL Week 7 with the Chiefs slipping to 3-4 after being smashed 27-3 by the Titans, while Cincinnati made a statement in the AFC North with a 41-17 win over Baltimore. Pickswise prop bet experts PropBetGuy and John Hyslop had a great week, with 6 winning picks from 7, while Andrew Ortenberg cashed a +1039 odds same game parlay on the Bengals-Ravens game. Check out all the news from Sunday’s events in Ricky Dimon’s review of what we saw in Week 7.

Hornets buzzing in the NBA
Our NBA team went 4-2 on Sunday, including picking the Hornets +8.5 for their upset 111-95 win over the Nets that moved them to 3-0 and dropped the Nets to 1-2. Brooklyn remains the +250 favorite to win the title.

Saints and Seahawks close NFL Week 7 on MNF
Monday Night Football brings us an intriguing NFC clash between the Saints and the Seahawks (ESPN, 8:15pm ET). Check out our full preview of the game.

Fine nine games in the NBA
We’ve got a nice big slate of 9 games in the NBA tonight, including an NBA TV doubleheader with the Wizards vs Nets at 7:30pm ET followed by Trail Blazers vs Clippers at 10:30pm ET. Read our picks for all today’s basketball.

Seven-strong NHL slate
There are 7 NHL games tonight, all on ESPN+. One of the more interesting matchups sees the 4-0 Carolina Hurricanes taking on the slow-starting 2-3-1 Toronto Maple Leafs. Read our picks for all today’s NHL action.

Kawhi Leonard being out to begin the year has shifted the majority of the burden offensively for the Clippers to Paul George. George has responded well, posting 35.0 points, 10.5 rebounds, and 5.0 assists through 2 games. However, he has received little help. Portland has shown a willingness to play more defense this season than they have in years past and they should be able to keep the Clippers winless. Read our full preview of tonight’s game.

Start your week the right way by watching our daily show Let’s Bet It! with regular hosts Jared Smith, Lauren Jbara, and Alex Glaze. Check it out at our YouTube channel at https://youtube.com/c/Pickswise later today as the team break down the day’s best bets, and look ahead to the rest of the sports betting week.

We have you covered if you missed Sunday Night Football. Andrew Ortenberg looks into what we learned from the Colts’ win in San Francisco and he was impressed by the visiting team. Start your assessment of today’s NBA games by checking out our Monday mega parlay, while we’re also looking ahead to next weekend with Jared Smith assessing the early lines for the NFL and College Football.

The week’s big event, of course, is the World Series, which starts tomorrow, and Andrew Ortenberg has the best bets as the Braves prepare to take on the Astros in the Fall Classic.

Ten of the Orlando Magic’s last 15 games played in October have resulted in the total going under, while the same is true in 6 of the Miami Heat’s last 9 October games.

Seattle’s defense has struggled this season and DraftKings Sportsbook has boosted the odds of Saints QB Jameis Winston having a 300-yard passing game on Monday Night Football from +275 to +300.