HomeAnalysisNFL AnalysisWise n' Shine: What you need to know to bet better on Thursday, December 9 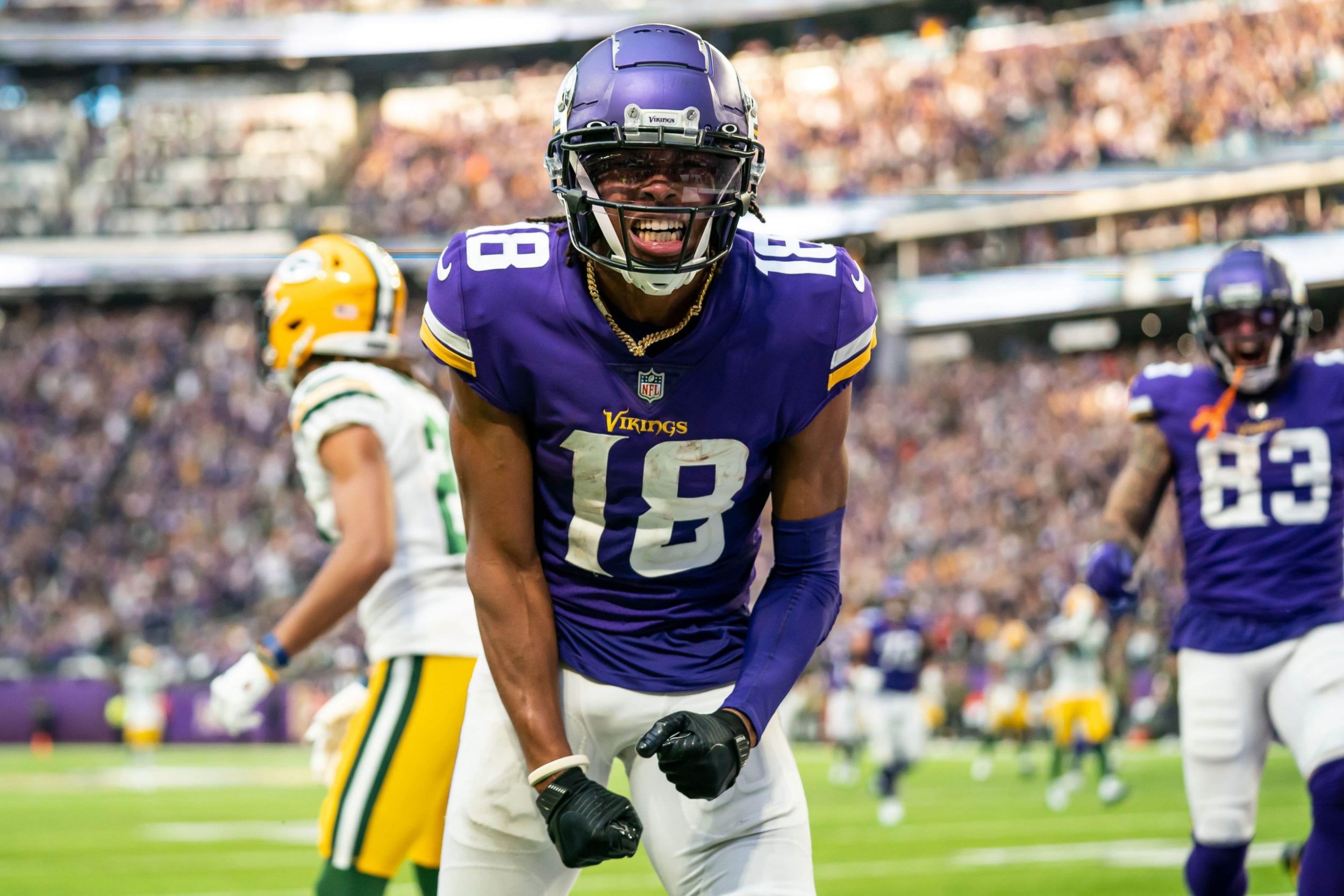 NFL Week 14 begins tonight with the Vikings taking on the Steelers on Thursday Night Football and we also have NBA, NHL, college basketball and soccer games today. Let’s get straight to making your next bet better!

Bucks beaten by Heat
Wednesday’s monster 13-game NBA slate produce some interesting results including champions the Milwaukee Bucks losing to the Miami Heat and the Cavaliers scoring another impressive win over the Bulls. Pickswise went well on prop bets with PropBetGuy and Germantas Kneita going 6-1 on the day between them. Keep an eye out for today’s NBA props posted later today.

NHL Best Bet cashes
There were only 4 NHL games on Wednesday but our handicappers found a winner with their only 3-star pick, taking the Avalanche ML against the Rangers. We’re now on an 8-1 run with winning NHL best bets.

3-0 sweep on our horse racing picks!
Pickwise handicapper Martin Pennington went 3-0 on his picks for Parx racetrack on Wednesday with winners at 7/2, 9/5 and 9/5! Don’t forget we have great picks for the track every day in our horse racing section.

Big game for Vikings and Steelers on TNF
The 6-5-1 Pittsburgh Steelers visit the 5-7 Minnesota Vikings on Thursday Night Football (NFL Network, 8:20pm ET). It’s a game neither can afford to lose and who wouldn’t want to watch a contest between the only two teams that couldn’t beat the Lions this season? Read our full game preview for Steelers vs Vikings.

76ers host Jazz on NBA TV
There are just 3 NBA games today after yesterday’s bonanza but the slate includes the Jazz visiting the 76ers at 7pm ET on NBA TV. Read all of today’s NBA game previews.

Busy night in the NHL
We have a lively day of NHL action in prospect, with 10 games on the schedule. The top matchups include Lightning vs Maple Leafs, Hurricanes vs Flames and Wild vs Sharks. Read our predictions for today’s NHL matchups.

Thursday means it’s Pickwise Playbook day on our YouTube channel at https://youtube.com/c/Pickswise so check out our NFL Week 14 show with Ross Tucker, Chris Rose and Jared Smith as they pick out all the best bets for Thursday Night Football and the rest of this week’s games.

You can also sharpen your betting game by watching our daily show Let’s Bet It. Today, hosts Jared Smith and Lauren Jbara will be joined by DraftKings analyst and host of the Unreasonable Odds podcast, Julian Edlow. Julian will help us to discuss Thursday Night Football, and today’s college basketball games.

The team will also give their thoughts on the line movement for today’s NBA games, giving out picks and, of course, their Plays of the Day.

Both teams to score in Napoli vs Leicester City
12:45pm ET, Paramount+

We’re looking to soccer’s UEFA Europa League for today’s top 3-star pick. It is all to play for in Group C with EPL team Leicester City needing to avoid defeat to be assured of a place in the knockout stage. These teams played out a 2-2 tie in their first group meeting and backing both to find the net again could be the best bet for their game in Italy. Napoli are the third-highest scorers in this year’s Europa League, while Leicester have scored in 9 of their last 13 games in this competition. Both teams have scored in 8 of Napoli’s last 11 Europa League games, too. Check out our picks for today’s soccer.

Get the full package of information for Steelers vs Vikings with our same game parlay, the smart TD scorer bets, and our Monkey Knife Fight picks. Also make sure you check out View from the Front Office with former NFL executive Jim Monos, who looks at the GMs who whiffed on a top QB this year, and our Pickswise NFL Power Rankings. Meanwhile, our experts discuss which team will win the AFC North in this week’s Burning Question. There’s plenty more great betting content on our Analysis tab.

The Steelers have covered the spread in only 2 of their last 8 road games and are 0-6 ATS in their last 6 against NFC teams.

There is young offensive talent on both teams playing on Thursday Night Football, with Minnesota WR Justin Jefferson and Pittsburgh RB Najee Harris the subjects of an enhanced odds offer from FanDuel Sportsbook. It has boosted the reward for both players to score at least 1 TD in the game from +250 to +350.