2021 NFL Comeback Player of the Year odds and best bets: Prescott the clear favorite but what about this +2500 longshot?

The NFL offseason is chugging along, and it’s been a wild one. Plenty of big name quarterbacks have changed teams, Julio Jones got traded to the Titans, and a whole lot more. June is winding down and training camps will open up in almost exactly a month.

It’s an exciting time of year for bettors, because it’s when futures markets really start to heat up. Here at Pickswise we’ve got a ton of great content planned, including picks on the Super Bowl, win totals, and everything in between. Right now we’re going to be talking awards, though–specifically Comeback Player of the Year. Unfortunately, a lot of star players went down with serious injuries last year, but on the bright side, it’s made for a fun and competitive CPOY race in 2021.

Let’s dive into it all, starting with the odds courtesy of DraftKings and then some best bets:

I can’t recall a time when so many star players were contenders for this award. Prescott is the favorite, and it isn’t particularly close. After him we have Barkley and Burrow, both coming off ACL tears, and McCaffrey–who was limited to three games by various ailments.

Bosa has by far the best odds of any defensive player, as he comes off an ACL tear of his own. There are some players like Wentz and Winston who didn’t have a major injury, but instead just dealt with general adversity like getting benched or spending the whole season as a backup.

Last year the clear winner was Alex Smith, with Ben Roethlisberger as the only other serious candidate. This year the field is crowded and there are plenty of guys with legit arguments should they have a strong 2021.

Without further ado, let’s get to the fun part: some best bets. 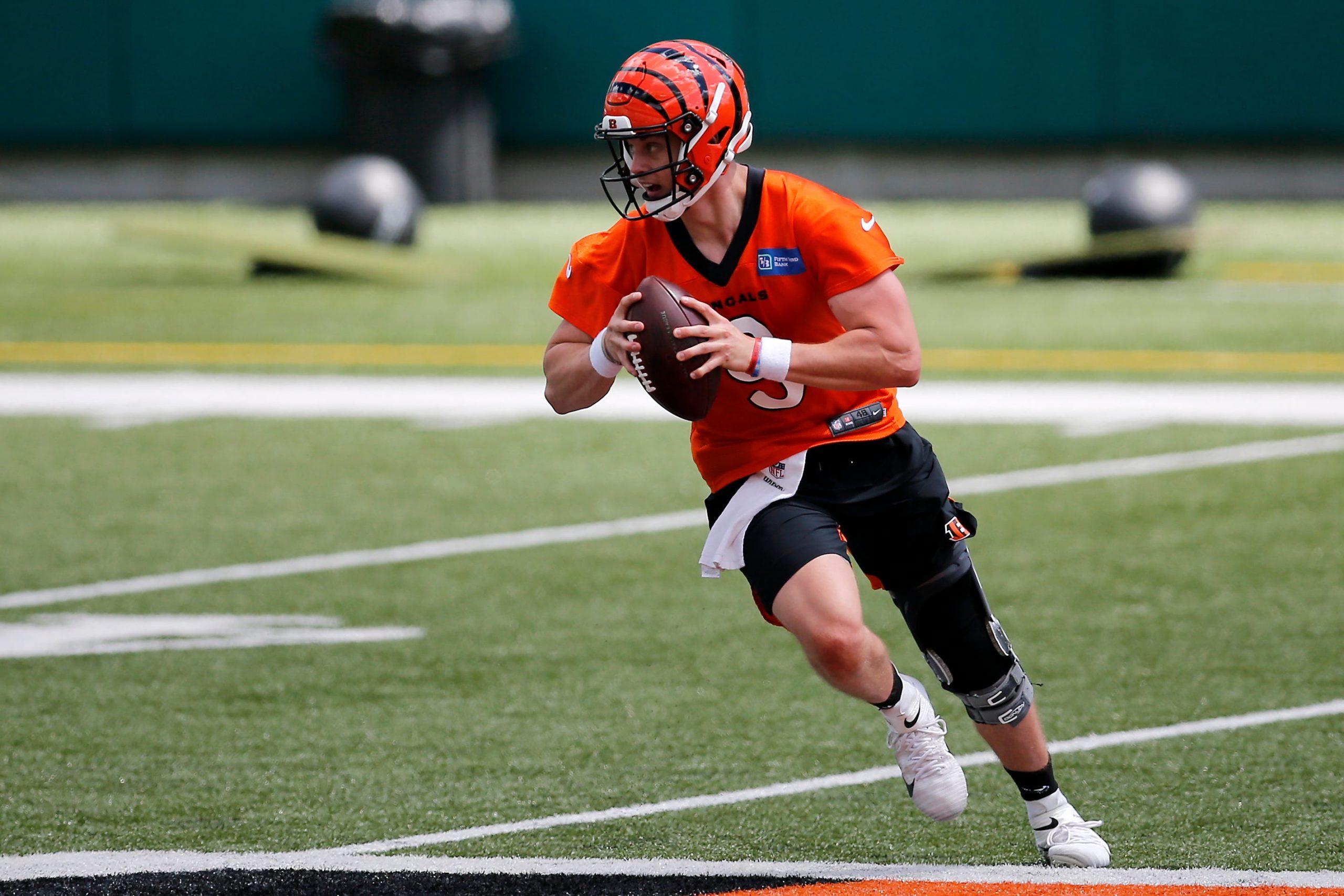 It’s a quarterback-driven league, and Prescott and Burrow have a big advantage. Both are coming off serious injuries that had everyone holding their breath at the time. Prescott has the best chance, as he was lighting it up before breaking his ankle. He was still atop the passing yards charts for a couple of weeks even after going down, that’s how unreal the numbers he was putting up pre-injury were.

He’s returning to an offense stacked with skill-position talent in the form of Amari Cooper, CeeDee Lamb, and Michael Gallup at his disposal. Plus, the image of Prescott’s foot pointing in the wrong direction is so visceral and imprinted in everyone’s memory that it’ll only help his case.

Burrow was having a fantastic rookie season before his devastating knee injury that included other ligament damage beyond just the ACL. He’s easy to root for and has the pedigree of being last year’s first overall pick. Should Prescott falter a bit, Burrow has the next-best chance in my opinion.

McCaffrey and Barkley have the disadvantage of being running backs, and will need to put up borderline historic numbers to win this. It’s not inconceivable, but certainly less likely. None of the middle-tier guys like Wentz, Jones, or Darnold are appealing. Which brings us to some long-shots…

Although Bosa is favored among defensive players, Miller is more intriguing to me at +1600. He’s a seven-time All-Pro and former Super Bowl MVP who didn’t play at all last season. Playing next to Bradley Chubb on a talented Broncos defense, he could have a big year. If he manages to lead the league in sacks or come close, he’s got a very real shot.

Beckham at +2500 also jumped out to me. It wasn’t that long ago he was considered the best receiver in the league, and he’s reportedly looked great in offseason practices just eight months after tearing an ACL. There’s nothing the media loves more than a good redemption story, and Beckham has been through the ringer the past few years. The Browns are now squarely in the spotlight following their breakout 2020 and have a ton of nationally televised games.

If Beckham can get back to his old self and make some of his patented splashy catches in primetime, some buzz will start to build for him to win CPOY. Prescott still has a leg up on everybody, but don’t count out these longshots.