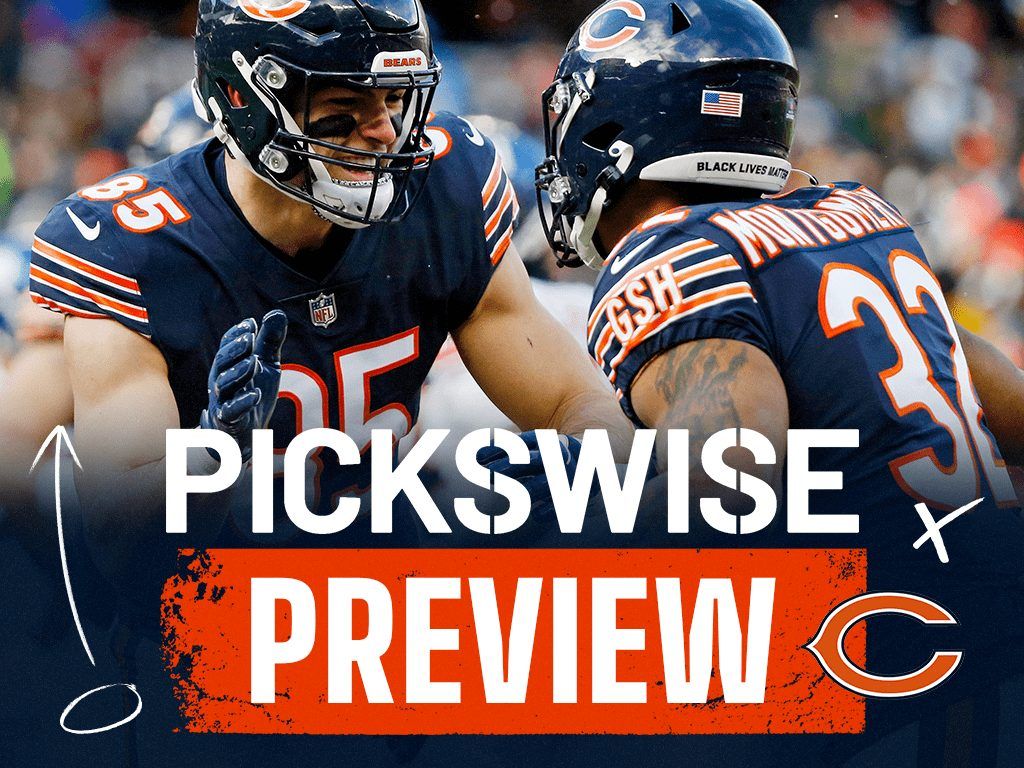 The 2021 season was one of transition for the Bears. After making the playoffs in 2020, Chicago decided it was time to move on from quarterback Mitchell Trubisky. The Bears made a splash by drafting Justin Fields in the first round, and it looked as if he would be the full-time starter. While Fields wasn’t initially QB1, he did get his chance eventually and held onto the starting job. However, the team was still a mess. After a decent 3-2 start to the year, the Bears ended up going 1-8 over their next 9 games to finish the season 6-11. There were several games in which both the offense and defense had no answer for the opposition, and the Bears looked helpless. This resulted in Matt Nagy being fired, promising a new direction for Chicago.

How will Fields fare in year 2 as a starter? Can the Bears give their young quarterback any help on offense? And will Chicago’s defense take a step forward? Let’s get into our season preview for the Bears.

Get our previews for all 32 NFL teams in one place!

The Bears are a major longshot to win the Super Bowl at 150/1 odds. This puts them 29th overall in the minds of the oddsmakers.

Chicago is +7000 to triumph in the NFC. The Bears’ last Super Bowl appearance came in 2006, when they fell to the Indianapolis Colts.

At +1400 to win the division, the Bears are not expected to compete in the NFC North. The current favorites are the Packers at -190 odds.

As I alluded to previously, but 2021 was a season of transition. It ended up being a major step back following 2020’s playoff berth. Matt Nagy was slow to start Justin Fields, and the young quarterback didn’t have much help on offense. Allen Robinson was the lone bright spot in the Bears offensive huddle, and he’s now departed for greener pastures. Chicago got off to a solid 3-2 start to the year, but that momentum didn’t last. In fact, the Bears ended up going 1-8 over their next 9 games to finish the season 6-11. That second half of the campaign proved to be the death blow for Nagy in Chicago, as he was fired shortly after the completion of the season.

I’m expecting this to be another long season for Bears fans. Fields has serious potential, but the rest of the team around him doesn’t inspire me at all. This is a team that has a clear and obvious 3rd place ceiling, even in an NFC North that isn’t as strong as previous years. Getting the most out of a roster that’s devoid of starpower is asking a lot out of a first-year head coach, and that’s exactly what Matt Eberflus is being tasked with. Chicago will struggle with more than just its offense. The Bears weren’t able to generate pressure on the opposing quarterback last year, and I don’t see that changing this fall.

Furthermore, the quality of opponent on their schedule is pretty balanced as well. It’s likely that there won’t be clear stretches of the schedule where Chicago will be favored in multiple games. This makes building up wins and momentum even harder. If things start slow, this could be a brutal campaign for the Bears.

For my best bet, I’ll be backing the Bears to finish under their total of 6.5 wins. This is one of my favorite win totals on the board, in fact. My reasoning largely boils down to an offense that should struggle, and a roster clearly devoid of high-level talent. It doesn’t help that the Bears schedule, while not overwhelming, isn’t easy either. Chicago will likely be significant underdogs (6+ points) in 8 games this season, along with at least 3 more games in which they won’t be favored. The Bears also got stuck with a brutal Week 14 bye week, instead of getting a week off after playing back-to-back road games in October.

Chicago has only 4 games on the schedule where they will be clear favorites. Even if I give the Bears another win against either the Lions or Jets on the road, that still puts them at 5-12. With that in mind, it’s hard to go against laying the juice and betting the Bears to go under 6.5 wins this season.

The Bears could be in danger of finishing in last in the NFC North this season. My projected record for Chicago this fall is 5-12.