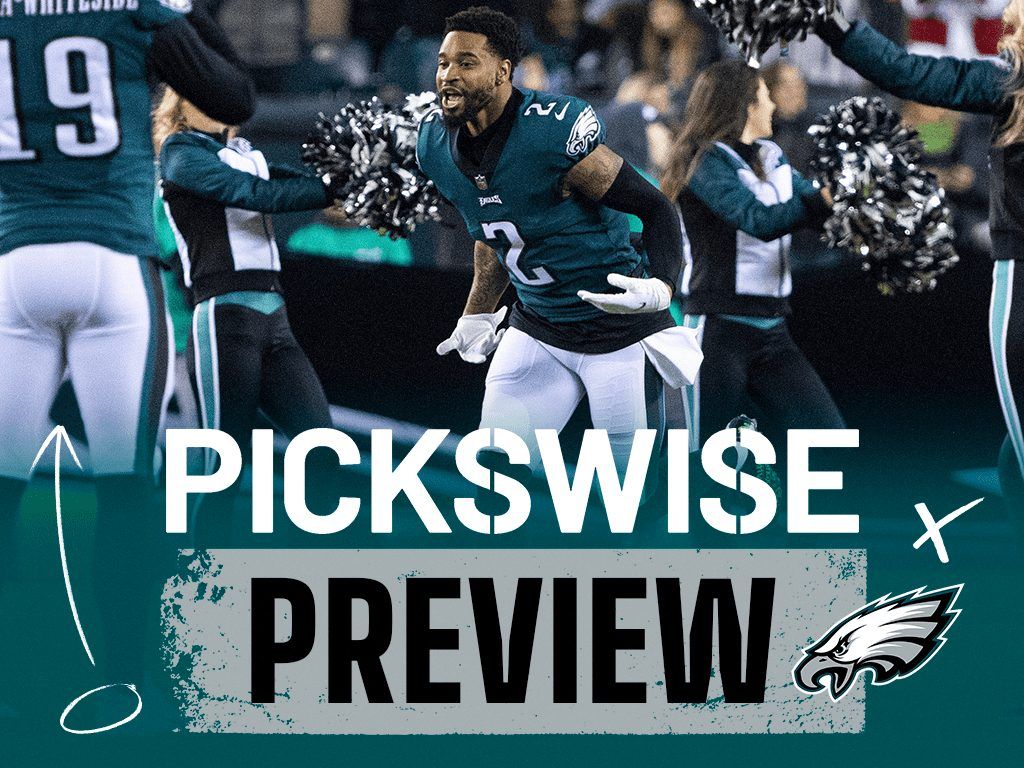 Things are rarely dull with the Philadelphia Eagles and since their Super Bowl success 5 years ago, there has been another NFC East win in 2019, a last-place finish in 2020 and a solid rebound season to reach the playoffs again under new head coach Nick Sirianni last year.

The Eagles finished strongly, winning 6 of their last 8 games after a 3-6 start, so even picking up where they left off should put them in the conversation to make the playoffs again. Let’s take a look at their prospects in 2022.

The Eagles are in the top 14 teams in DraftKings Sportsbook’s odds to win Super Bowl 57 at +2500.

The Eagles have the 6th-best odds to win the NFC at +1100, behind only the Buccaneers, Packers, Rams, 49ers and Cowboys.

The Eagles are second-favorites to win the NFC East at +165 odds. The Cowboys are the favorites for the division at +135, with the Commanders at +500 and the Giants +800.

Coming off a 4-11-1 year which led to the dismissal of Super Bowl-winning head coach Doug Pederson, the Eagles took a large stride back in the right direction under rookie head coach Nick Sirianni. It didn’t always look likely to end that way, though, as they won only 2 of their first 7 games (against the Falcons and Panthers) and looked almost out of the running at 3-6 after losing to the Chargers in their first game of November. Things were moving in the right direction, though, and a run of 6 wins in 7 games (plus a loss to the Giants) put them right in the playoff hunt in the low-quality NFC East. They got in with a 9-8 record despite a Week 18 loss to Dallas, but suffered a blowout loss to the Buccaneers in the wild-card round. QB Jalen Hurts did enough to keep his job, but not yet enough to convince he will be the long-term answer, while young talent was added to the roster in wide receiver DeVonta Smith, who had 916 receiving yards in the regular season.

Sirianni was the subject of jokes for his early press conferences in which he talked about sowing seeds and nurturing them, but things were already beginning to flourish for him by the end of the season. In their second year under Sirianni it seems reasonable to expect further progress, or at least a stabilization of their status as playoff contenders, even if there’s no real scope for another huge jump in their win total.

They’ve doubled up on some of their strengths, with last season’s rookie star Smith joined by free agent AJ Brown at wide receiver, while James Bradberry comes in opposite Darius Slay to create a formidable CB tandem. The strength of the team could be their immense offensive line, which both helps maximise the production of QB Hurts and enables their running-back platoon, led by Miles Sanders, to contribute to the cause. Hurts’ limitations mean anything better than last year’s early playoff exit is unlikely but they can be hopeful of a top-half spot in their division and another push for a playoff spot.

The Eagles finished like a train last year and look set to improve again this year, so taking them to win at least 1 more game than last year’s 9-8 record seems realistic. Playing in one of the league’s weaker divisions certainly helps, although the Commanders are improving and the Giants have recruited well.

The Eagles have a great opportunity to get off to a fast start with their first 4 opponents being the Lions, Vikings, Commanders and Jaguars, and some of their AFC opponents are the weakest that conference has to offer, including the Texans and Steelers. Their Christmas Eve visit to Dallas ends a 3-game road trip, but they finish with back-to-back home games against the Saints and Giants which offer opportunities if they still need wins to get in.

There’s enough potential in this team to think that results should be good enough to get the tough Philly crowd on their side, which could be a big help at the end of the season.

The Eagles aren’t likely to be in contention for the top seeds in the conference, but after a quietly impressive offseason, they could give Dallas a battle for the division title this time. The schedule gives them a solid opportunity to reach a double-digit win tally this year, even if a 10-7 record seems the likely area in which they will land.