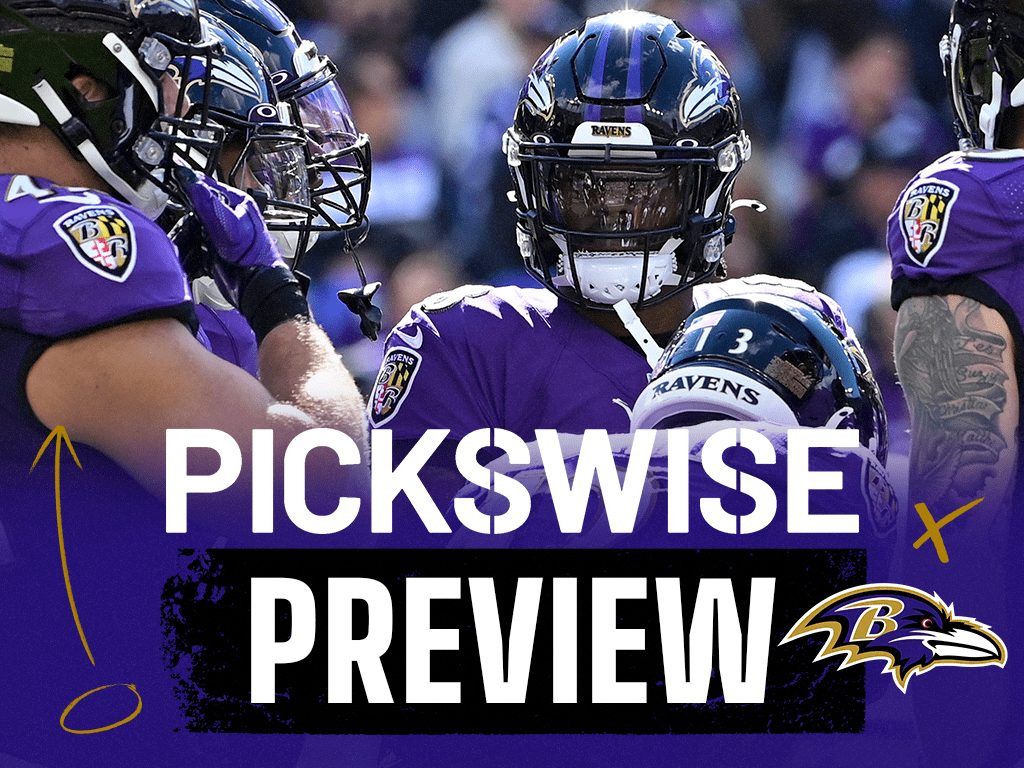 Last year proved to be a disappointing one for the Baltimore Ravens. However, Baltimore dealt with an unprecedented rash of injuries on both sides of the ball. Before the season even started the Ravens were down their top 2 running backs, and it only got worse as the year went on. This severely hampered their chances to win the AFC North for another year, especially after Lamar Jackson went down midway through the 2021 campaign.

One year later and Baltimore appears to be in good shape to bounce back. Head coach John Harbaugh’s group will be without Marquise Brown this season, but it will still have an excellent rushing attack and an offense led by Jackson, who is undoubtedly motivated to prove the critics wrong. Factor in a defense and offensive line that got a lot better in the draft and free agency, and Baltimore looks primed for success. Let’s get into our season preview for the Ravens.

The Ravens are a minor longshot to win the Super Bowl at +2200 odds. This puts them 10th overall in the minds of the oddsmakers.

Baltimore is +1100 to triumph in the AFC. The Ravens’ last Super Bowl appearance came in 2013, when they knocked off the 49ers to win the title.

At +160 to win the division, the Ravens are the favorites in the AFC North. The team with the next closest odds is the Bengals, who come in at +180.

The Ravens’ win total sits at 9.5 for the season, with some heavy juice on the over at -150. On the other hand, the under is at +125, so a bearish outlook on the Ravens could yield a good profit if they don’t perform well.

As I alluded to, last season was a tumultuous one for the Ravens. Baltimore was down its top 2 running backs before Week 1, and things got worse as the season progressed. The Ravens were 8-3 and leading the AFC before Jackson got hurt, forcing them to turn to backup QB Tyler Huntley. And while Huntley was solid, Baltimore still lost key games down the stretch and missed out on the playoffs. It didn’t help matters that the Ravens’ secondary was absolutely decimated with injuries during the second half of the season. This back end was exposed during key games against the Packers and Bengals, ultimately costing Baltimore a chance at a playoff berth.

The Ravens should be better than last season simply by default. For starters, I’m expecting a healthy season from Jackson — who has done nothing but win games as a starting quarterback. In fact, the dual-threat QB is 37-12 as a starter since taking over the role in late 2018. Crucially, he should have a full complement of running backs alongside to aid the rushing attack. JK Dobbins and Gus Edwards are fully healthy and should be running behind an improved offensive line via the draft and free agency.

Baltimore’s defense is revamped, as the likes of Kyle Hamilton and David Ojabo can be expected to make an immediate impact. Most importantly, the schedule is pretty favorable. The AFC North won’t be easy, but Baltimore should hold an edge in most of its games outside of the division. Let’s get into our best bets for the Ravens 2022 campaign.

For my best bet, I’ll be backing the Ravens to go over their total of 9.5 wins. This line has been creeping up over the last few weeks and it’s easy to see why. Baltimore is typically a baseline 10-win team under Harbaugh, even with lesser teams. Therefore, this line feels a little mispriced. I don’t love the juice at -150, but I do think 10+ wins also nets the Ravens the AFC North; therefore betting on them to win the division at +160 is worth the investment.

The Ravens start the season with a 4-game stretch against the AFC East, where they should be able to go at least 3-1 in that span. The next 4 games come against the Bengals, Giants, Browns and Buccaneers, so a conservative 2-2 record for that stretch is fair. This puts Baltimore at 5-3 at the halfway point. I’ve got the Ravens going 4-1 in the next 5 games (at Saints, Panthers, at Jaguars, Broncos, at Steelers), bringing them to 9-4 on the season. From there I think they beat the Falcons and Steelers while losing the pair of divisional road games in Cleveland and Cincinnati. That puts Baltimore at 11-6 on the season, in what should be enough to secure a division title and give us some breathing room on this win total.

The Ravens should be back to their 2019 and 2020 form. I have Baltimore finishing with an 11-6 record and winning the AFC North.