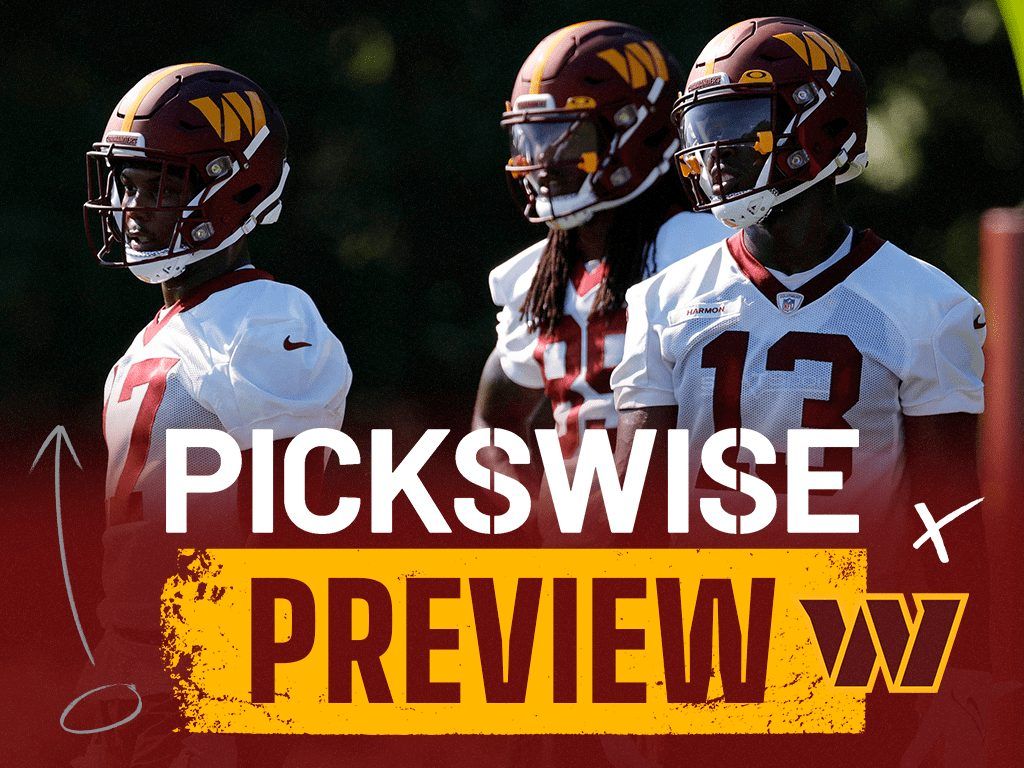 It was an important offseason for Washington as they rebranded from the Football Team to the Commanders and traded for quarterback Carson Wentz. However, the Commanders were not the only team in the NFC East to grow stronger, so Wentz has the tough task of getting Washington back into the playoffs.

What can we expect from the new and improved Commanders this season? Let’s get into it.

The Commanders are +7000 to win Super Bowl LVII, which puts them towards the bottom of the pack.

Washington is +3500 to capture the NFC title, so right in the middle of the pack. The Tampa Bay Buccaneers are +350 favorites.

At +500, the Commanders are third favorites in the NFC East. The Dallas Cowboys are a +135 favorite.

The Commanders’ win quota is 8 games. The under and over 8 wins carry the same -110 odds. As for making the playoffs, Washington is a +150 underdog. They are -185 to miss the playoffs.

Last season, the Washington Football Team finished 7-10 and missed the playoffs for the fifth time in their last six seasons. Taylor Heinicke started 16 games and wasn’t that bad, but Heinicke is a backup quarterback, not a starter. He was supposed to have a solid receiving group of Terry McLaurin, Curtis Samuel and Logan Thomas, but injuries plagued their offense. Samuel was their big acquisition in the offseason and was a huge disappointment as he played in only 5 games, and Thomas battled injuries the entire season and finished with just 6 games played.

On the other side of the ball, Chase Young had his eye set on the Defensive Player of the Year award, but a torn ACL in Week 9 prematurely ended his season. There were a lot of negatives in 2021, and a lot of questions that needed answers going into the offseason.

The Washington Football Team is no more! Washington finally chose a name more creative than the Football Team, so it will be their first season as the Commanders. That wasn’t the only major change this offseason, as they traded for Carson Wentz to lead the team, which is a major step up from Heinicke.

Wentz might not be the same Pro Bowl quarterback he used to be, but Washington took a gamble on him in hopes he can still be a top-end play caller. Wentz will certainly have weapons with McLaurin, Samuel and Thomas downfield, and the Commanders’ backfield is incredibly underrated with Antonio Gibson and J.D. McKissic sharing the workload. And the best news of all for the Commanders is they went from the toughest strength of schedule in 2021 to the easiest in 2022, so Wentz certainly has no excuses for a solid season.

Best bet: Washington Commanders to have a winning record (-105)

For the Commanders to have a winning record, they need to have at least 9 wins. That seems attainable for Washington, who has one of the easiest schedules in football this season which includes playing the Giants twice, Lions, Bears, Jaguars, Texans and Falcons. If all goes to plan, that should be 7 wins. That means they only need 2 wins in their last 10 games, which should be doable unless Wentz goes down with an injury or their receivers forget how to catch. Nine wins is achievable for the Commanders in 2022.

The NFC got a lot stronger this offseason and that hurts the Commanders’ win potential, but they still have several easy opponents and now have Wentz to lead them to the promised land. I envision the Commanders finishing 9-8 in 2022 — a record above .500, but not good enough to win them the division.