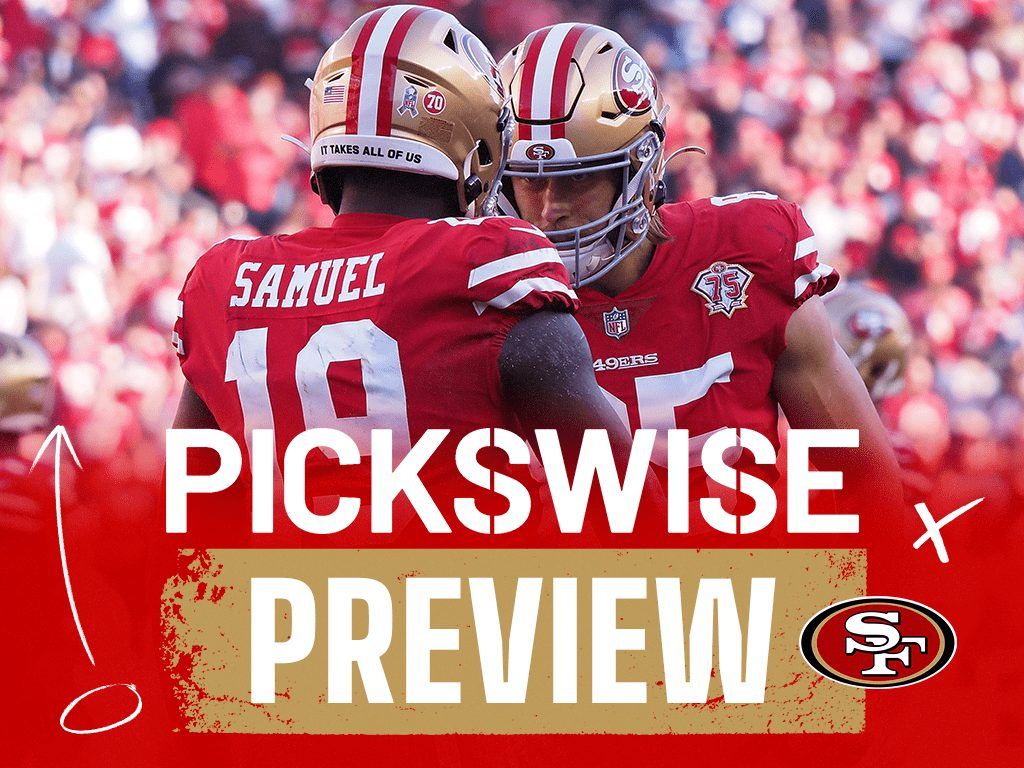 It will be a new era in San Francisco in 2022 as Trey Lance will take over as quarterback. Jimmy Garoppolo will be replaced, and the veteran could be on the move before the season begins. The 49ers have a lot of potential, but are there holes in their offense that could lead to their downfall? There certainly will be if San Francisco can’t reach a deal with Deebo Samuel, which still remains a top priority for the 49ers. They had a solid season in 2021, so let’s see what they can do in 2022.

The 49ers are +1600 to win Super Bowl LVII, which has them as the eighth favorites. Only the Buffalo Bills, Tampa Bay Buccaneers, Green Bay Packers, Kansas City Chiefs, Los Angeles Rams, Los Angeles Chargers and Denver Broncos are ahead.

After a mediocre start to their 2021 season, the 49ers closed their regular season on a 7-2 run and made it to the NFC Championship game. A 20-17 loss to their divisional rivals the Rams ended the Niners’ season, and it was time for San Francisco to answer some tough questions. Who will be the quarterback in 2022? Is Trey Lance ready? Will Deebo Samuel even be on the team? Samuel emerged as one of the best offensive weapons in football as he was used out wide as a receiver, but also in the backfield. This allowed Samuel to combine for 14 touchdowns in 2021 (8 rushing and 6 receiving) and carry the San Francisco offense.

But once the season was over, Samuel requested a trade from San Francisco as he did not like the way head coach Kyle Shanahan was using him in the backfield. The 49ers are still trying to reconcile with Samuel and are engaging in a short-term contract. As for the rest of the team, Brandon Aiyuk was disappointing in his second season with only 56 receptions for 836 yards, Lance started only 2 games and finished with 5 touchdowns and 2 interceptions, and RB Elijah Mitchell blossomed in Raheem Mostert’s absence.

Shanahan has made it clear that Lance will be the starting quarterback of the 49ers this season. They will also attempt to trade Garoppolo in the next few weeks. However, there are still a lot of questions that remain: will the Niners make amends with Samuel, or will they lose their best offensive threat? If San Francisco loses Deebo, that will put even more pressure on Lance because he will be without a true No. 1 receiver. The rest of the Niners’ receiving core is very average, and it could cause Shanahan to put more emphasis on Mitchell, who had a breakout 2021 campaign.

One question that won’t need to be answered is their defense, which is projected to be a top-5 unit in the NFL. Led by Nick Bosa and Fred Warner, the 49ers’ defense should once again be their strong suit in 2022. San Francisco has one of the more difficult schedules in 2022 as they play the Rams, Buccaneers, Chiefs, Broncos and Chargers, among many other solid teams. It won’t be easy, especially with an inexperienced quarterback at the lead.

There are many uncertainties about the Niners in 2022, and for that reason, I’m pessimistic about them. Lance was incredible in college, but he’s had only 2 NFL starts and wasn’t impressive in either one. If he loses Samuel, he would have to rely on tight end George Kittle as his safety blanket, which can get predictable, and the tight end has a suspect injury record too. In 2020, he sprained his MCL and broke a bone in his foot which caused him to miss a considerable amount of time, and he missed action in 2021 due to a calf strain and knee strain. The 49ers’ defense will do their part, but there’s too much risk and not enough reward with the Niners this season, so I don’t expect them to finish with 11 or more wins.