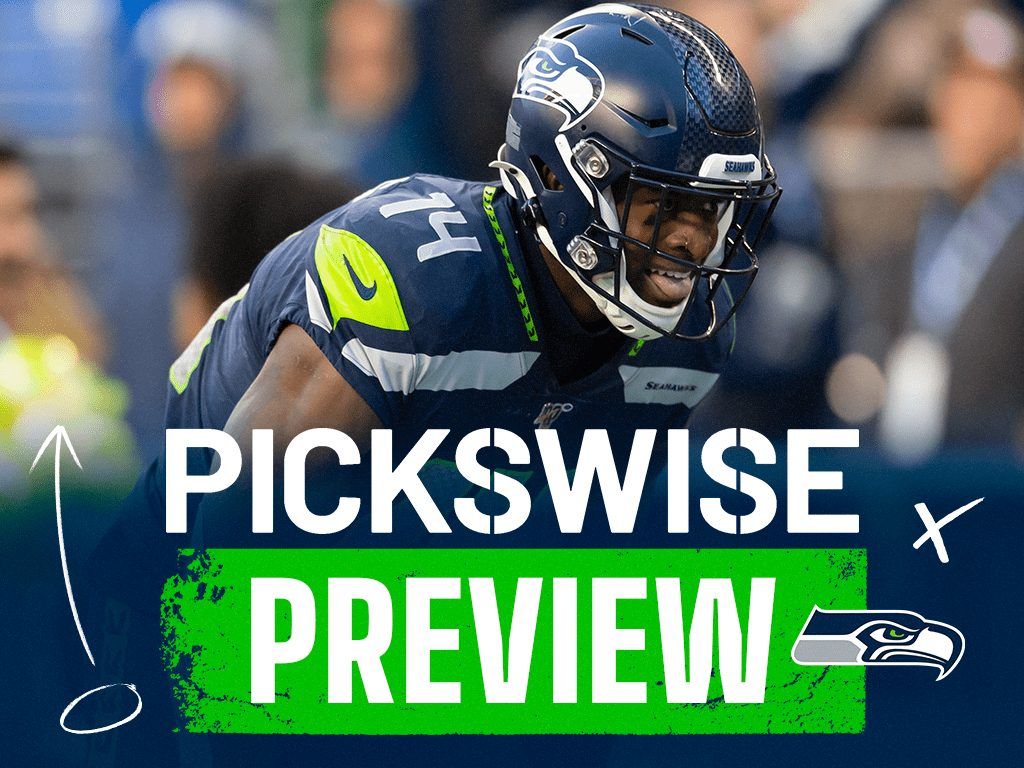 The Seattle Seahawks had a losing record for the first time in 10 seasons in 2021, but it looks as though they may have to take a further step back before they can start going forward again. After finishing either first or second in the NFC West for 9 straight years, winning the division 4 times, they dropped to 4th place last year with a 7-10 record — and that was when they had Russell Wilson at quarterback.

The Seahawks suffered one of the biggest offseason losses of any team in the league when their Pro Bowl quarterback was traded to the Broncos in March for a haul of players and draft picks, and another down year seems likely until they can use some of that draft capital to acquire what they hope will be their next great QB next April. Heading into the season with a choice of Geno Smith or Drew Lock certainly appears to place the Seahawks at the back of the pack for QB talent, and Seattle’s famous 12th-man fans may have to sit through a testing year until the good times can roll again.

The Seahawks have +15000 odds to win Super Bowl 57 with DraftKings Sportsbook — only the Falcons and Texans are available at a bigger price.

The Seahawks had a couple of good early wins over the Colts and 49ers, but those were the only wins in their first 7 games. They beat struggling Jacksonville easily, but then lost 5 of their next 7 games to fall to 5-10. They won their last 2 games with Wilson at quarterback against the Lions and Cardinals, but still finished 3 wins behind the 3rd-placed 49ers in the division. They finished last in the NFL for total yards allowed and were troubled by injuries at running back all year, while Wilson missed 3 games in the middle of the season with a finger injury, with Smith starting instead.

Rumors that Wilson had become unsettled with the team persisted and the league was rocked when the blockbuster trade with the Broncos went down, with QB Drew Lock, TE Noah Fant and DT Shelby Harris arriving along with draft picks including 2 first-rounders and 2 second-rounders. Speculation that the Seahawks would be active in pursuing free agent QBs such as Baker Mayfield and Jimmy Garoppolo have proved wide of the mark and they appear to be headed into the season with Smith and Lock battling to lead the offense.

Either the Seahawks are a lot smarter than most NFL fans and really believe they can compete successfully in a meat-grinder of a division with Smith or Lock at quarterback, or they’re in for another season of struggle, even worse than last year’s, before taking their quarterback of the future high in next year’s draft.

There are plenty of nice offensive pieces on the roster, with DK Metcalf having just signed a huge new contract and the dynamic Tyler Lockett a threat to all defenses, but neither of them is likely to look half as good now Wilson has gone. He was the master at turning a broken play into a long sideline conversion to one of them and that’s surely not going to be possible with their 2022 QBs.

Fant is a nice addition and there’s hope at RB despite the retirement of Chris Carson, with Rashaad Penny showing up well late in the season and Kenneth Walker III added in the draft, but the young recruits to a shaky offensive line will take time to bed in. Defensively, the Seahawks have a lot of room for improvement and it’s hard to see where it’s going to come from. The Legion of Boom has gone bust, that’s for sure. They even conceded 59 points in the 2 games that they won at the end of the season. There are a few winnable games on the schedule but not nearly enough to think that a return to the playoffs is likely this season.

It’s a tough world out there and the Seahawks know it. They wouldn’t be giving Metcalf a monster new contract if they were going for a good old-fashioned tank season, but neither should we suspect they will be too upset if they are heading into next year’s draft with a pocketful of high draft picks when CJ Stroud and Bryce Young are on the board.

It would be fanciful to expect the Seahawks to be the force they were for most of the last decade in their first season without Wilson, who was able to dig them out of so many holes with his escapology acts, even if they had a top-level replacement, but instead they’re going from one of the best QB situations in the league to arguably the worst.

At a time when the Rams are riding high, and the 49ers and Cardinals are stacked with talent, it makes sense for Seattle to bide its time in this situation and rise again when those teams are on the downswing themselves. It seems totally understandable that oddsmakers have a low opinion of their prospects this season. The schedule offers a few opportunities for wins (notably the Falcons, Giants, Panthers, Lions and Jets games) but very little hope other than that. The fixture computer clearly has an eye for mischief, bringing the Broncos to town for Week 1, and with that followed by a trip to the 49ers they could soon be in a 0-2 hole that is hard to escape from. Matching last year’s 7 wins looks highly optimistic given the major downgrade at quarterback and plus odds for 5 or fewer wins looks a solid play.

There’s always a chance that some games that look tough now (most of Seattle’s games do) will not be so difficult by the time they come around due to opposing QB injuries and so on, but even those less testing games listed above are not going to be automatic wins for the Seahawks. With far less chance of the Seattle offense being able to compensate for the weaknesses of the defense this season, a record in the region of 5-12 is what they could realistically be looking at, in the absence of any late QB upgrades.