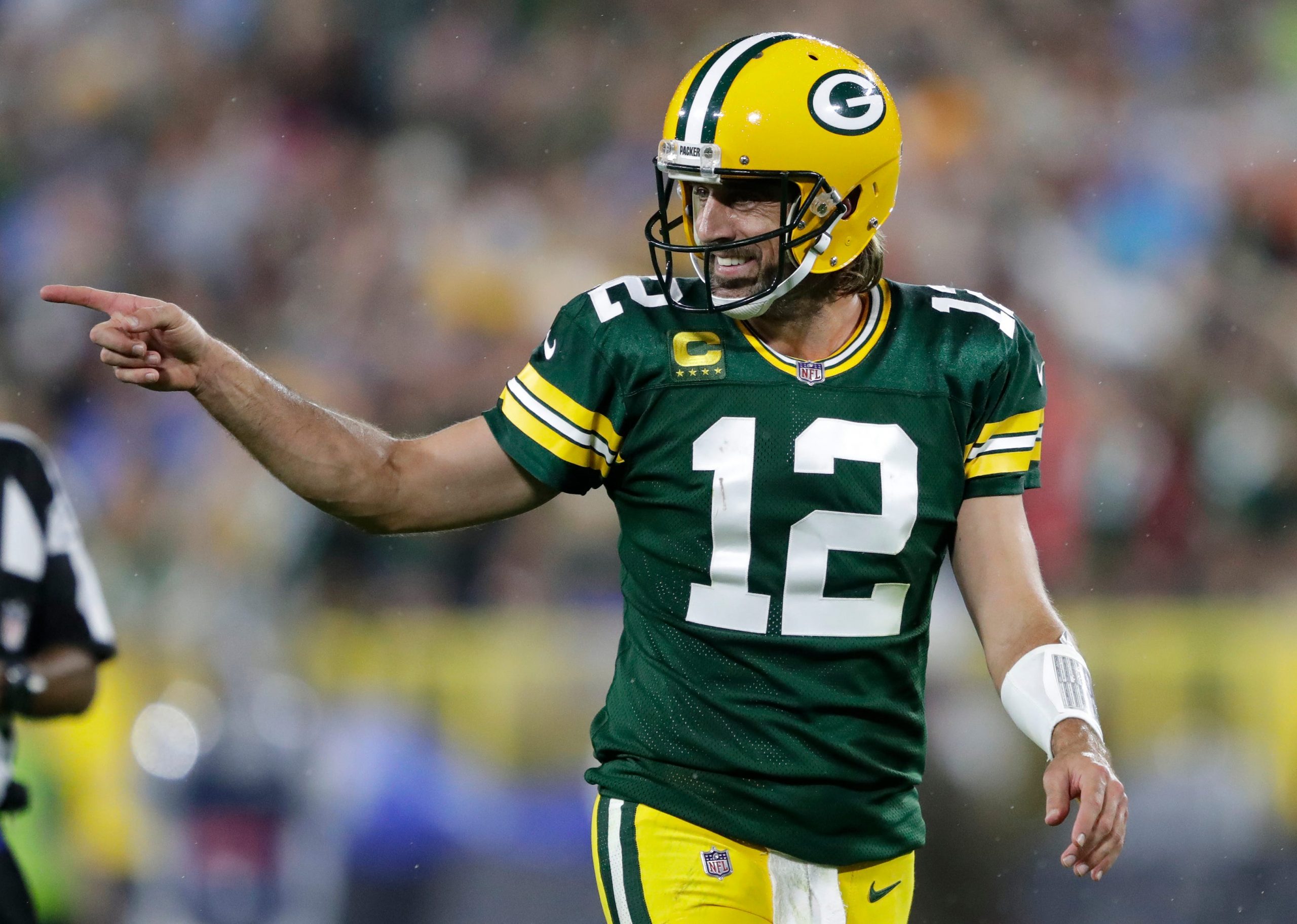 Thursday Night Football is back for Week 8. We’ve got one of the most highly anticipated matchups of the season here as the Cardinals host the Packers. Green Bay is dealing with some COVID-19 issues, throwing a wrench into this battle between NFC contenders. Will Aaron Rodgers win his seventh game in a row, or will Kyler Murray stay undefeated?

This spread has moved significantly since Davante Adams was ruled out, and we of course have our own thoughts on the side and total, as well, but right now we’re talking Monkey Knife Fight and the games they have available to play for TNF.

Don’t forget to check out our free NFL picks on the side and total for every game in Week 8!

Looking at this passing yards more or less, I’m going more for both quarterbacks. The matchup is very favorable for both passers. Let’s start with Murray. Green Bay’s defense was already shaky, and now they’re without top corner Jaire Alexander, their best player on that side of the ball. Fellow starting cornerback Kevin King is also questionable for this one. Without Alexander on the field, I don’t see how the Packers are going to slow down Arizona’s slew of weapons. Murray doesn’t just have DeAndre Hopkins, one of the best receivers in the league, at his disposal. He also has AJ Green, Rondale Moore, Christian Kirk and Zach Ertz.

On the other side, Rodgers should have some success as well. Even without Adams. I don’t think this Arizona defense is nearly as good as their metrics might indicate. Look at who they’ve played recently. Their last three games have been against Davis Mills, an injured Baker Mayfield and Trey Lance in his first career start. Rodgers is easily the best quarterback the Cards will have faced all year. Rodgers himself said on Tuesday that he knows the Packers are going to have to score a lot to keep up, so I’m expecting the team to come out with a pass-heavy game-plan. It also doesn’t hurt Green Bay that JJ Watt has been ruled out for this one.

For this Rapid Fire we have the choice of Murray vs Rodgers +10.5 bonus yards, and Hopkins vs Cobb +19.5 bonus yards. I usually like to go with a correlated team stack here, but on this one I have to go with Rodgers and Hopkins. I’m expecting a big game from Rodgers here, and it looks like he’s going to get Marquez Valdes-Scantling back, which is big. The Cardinals’ defense is overrated, and since Arizona is a big favorite that means Green Bay is expected to be throwing a lot more.

That being said, I can’t go with Cobb even getting the 19.5 bonus yards. Simply put, oddsmakers are overcompensating for the loss of Adams. It’s not like all his production is going to magically transfer to Cobb. The veteran slot receiver has eclipsed 32 yards once this season. Hopkins has been having a relatively quiet year by his lofty standards, but this is a prime breakout spot. Without Alexander to shadow him, I expect the Cardinals to look his way early and often. His target share should be much higher than in recent weeks, so he can easily leave Cobb in the dust while Rodgers keeps up with Murray. Guys like MVS and Robert Tonyan will be the biggest beneficiaries of Adams’ absence.

We’ve hit our last three TNF same game parlays, so make sure you read our SGP for Packers vs Cardinals (+1144 odds!)