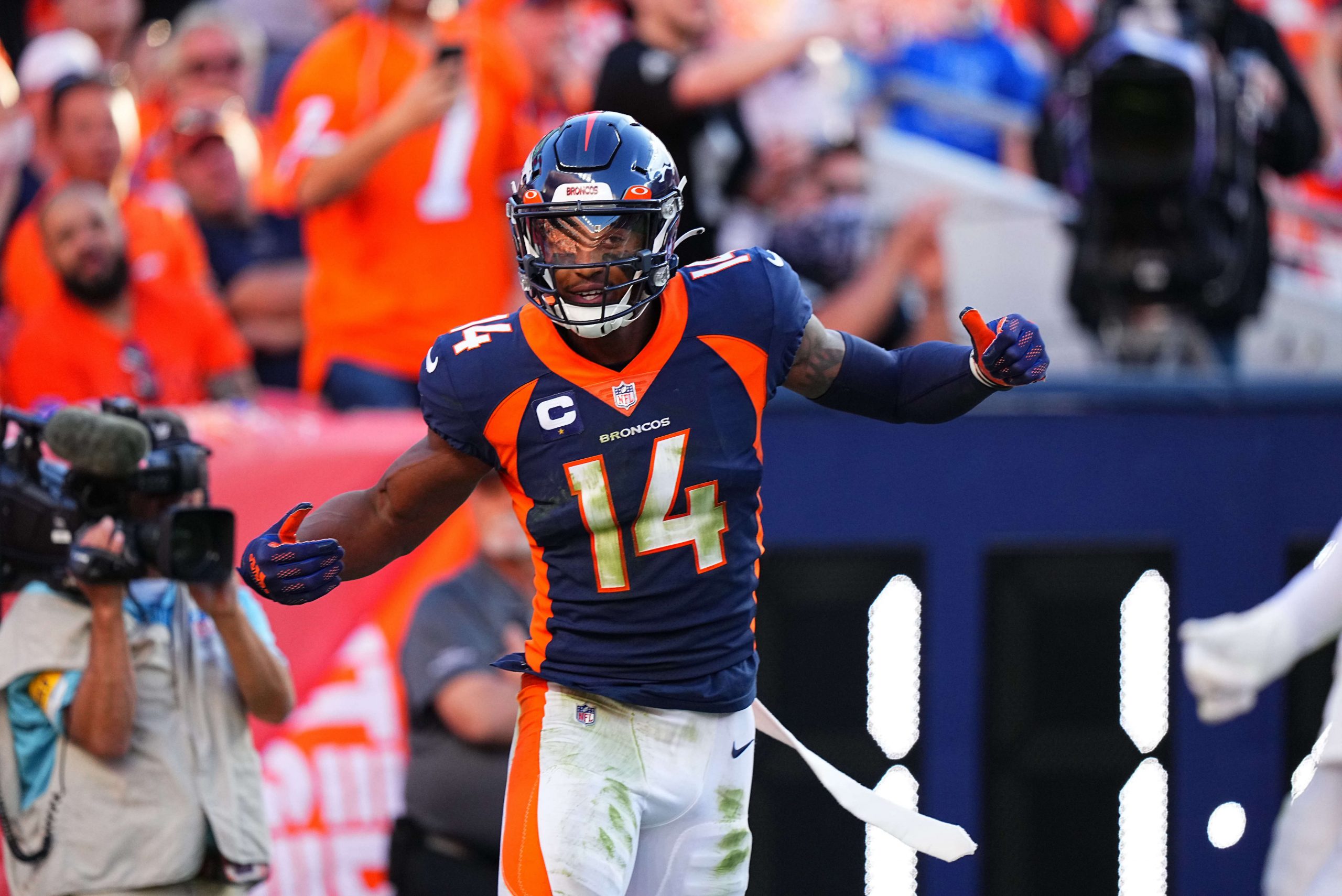 Week 7 of the NFL season gets underway with Thursday Night Football between the Denver Broncos and Cleveland Browns. However, a whole host of stars will be absent. Cleveland quarterback Baker Mayfield (shoulder) is out along with running backs Nick Chubb (calf) and Kareem Hunt (calf). Denver receiver Jerry Jeudy (ankle) is also expected to be sidelined.

Who will pick up the slack and find the endzone on Thursday? Here are some of our best touchdown scorer bets.

The first touchdown scorer is generally a crapshoot (unless someone like Derrick Henry is involved), and the odds suggest as much. Nobody in this game other than Browns running back D’Ernest Johnson has better than a +1000 chance to find the endzone first. An element of luck is involved whenever a first touchdown scorer bet is cashed. That’s not to say that you can’t make picks that are smart on paper; it just means that skill isn’t the entire equation. That’s why I think going big—sometimes really big—is the way to go. Favorites like Johnson (+700) don’t entice me much in this market.

But +1300 odds? Now we’re talking! That is where you can get Peoples-Jones, who is coming off a 2-touchdown performance in Cleveland’s Week 6 loss to Arizona. He caught 4 of 5 targets for 101 yards, too. He preceded that effort with 5 receptions on 6 targets for 70 yards against the Chargers. With both Chubb and Hunt hurt, the Browns will have to take to the air early and often on Thursday night.

Sutton is also in good standing to have a big day since Jeudy likely won’t play. Jeudy has not taken the field since Week 1, and to say that Sutton has stepped up in the former Alabama star’s absence would be a gross understatement. Sutton has 15 catches on 25 targets for 214 yards over the past two weeks and he scored against both Pittsburgh and Las Vegas. After being targeted just 3 times in the season opener, the former Oklahoma State standout is averaging 10 targets over the last 5 contests. Meanwhile, the Browns have allowed 14 passing touchdowns—tied for the third most in the NFL.

Don’t forget to read our same game parlay for Broncos vs Browns (+1450 odds!)