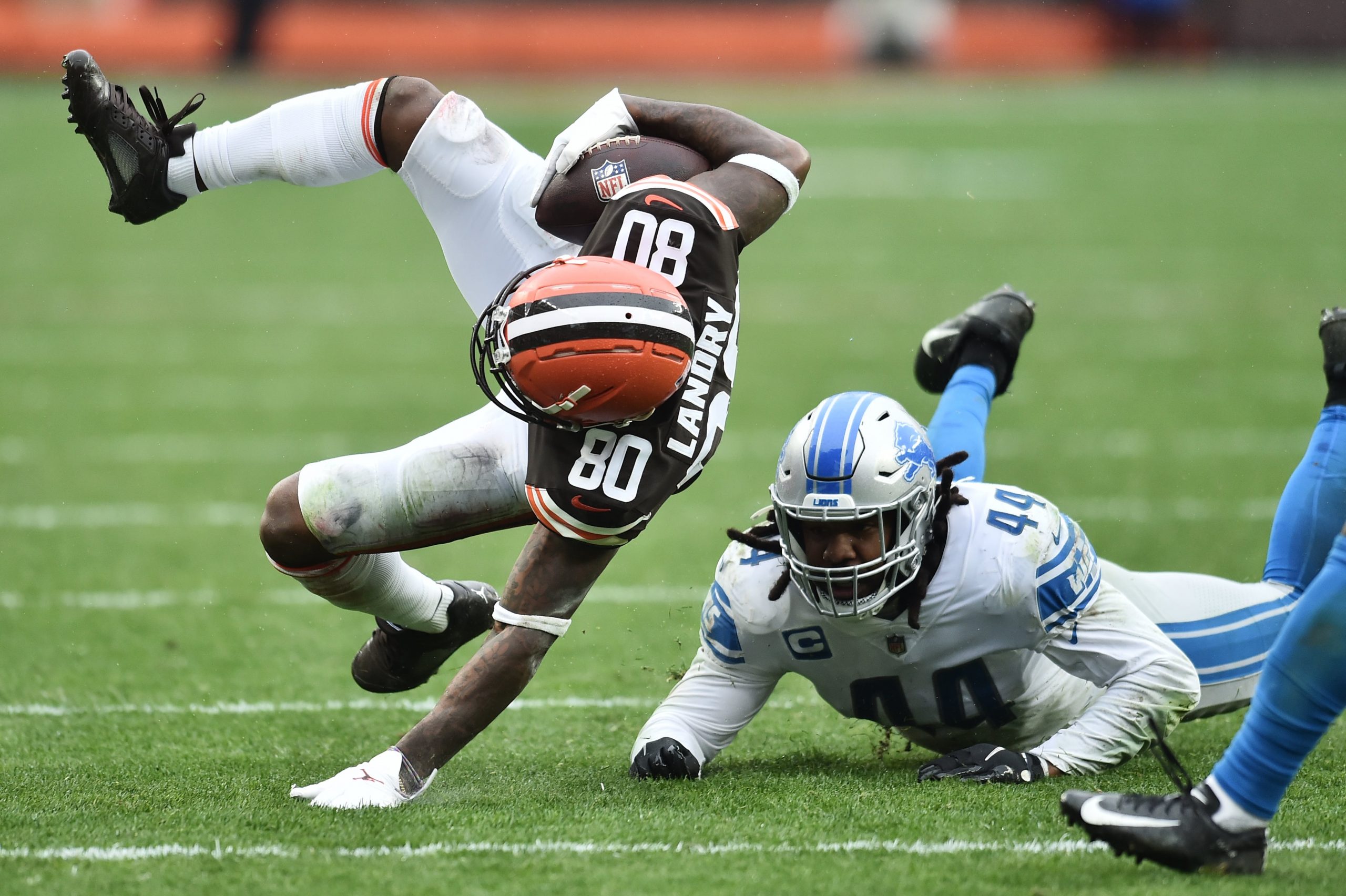 The last Monday Night Football game of the season takes us to Heinz Field for an AFC North clash. The Browns take on the Steelers in what likely will be Ben Roethlisberger’s final home game. Before I get to my favorite bet, be sure to check out our full game picks and analysis and our same game parlay.

In one of the more competitive divisions in football, these teams have each had a roller coaster of a season. Specifically, the Cleveland offense has been in a state of flux in recent weeks, with players in and out of the lineup. With the Browns now eliminated from the playoff picture, I’m wondering how productive their aerial attack will be. My best play of the game focuses on just that.

Jarvis Landry has once again led a disappointing Cleveland passing attack in targets (69) and receptions (42) this season. Running the majority of his routes out of the slot, the 8th-year pro is targeted on more shorter and intermediate routes. His average depth of target (aDOT) is 8.5 yards, which is the 6th-deepest among all Cleveland receivers.

In fact, only 6 of Landry’s 69 targets (9%) have been at least 20 yards from the line of scrimmage. Donovan Peoples-Jones (33%) and rookie Anthony Schwartz (39%) both run deeper routes as part of the Browns’ offense. Landry has only 4 catches this season of at least 19 yards, with 2 of them coming against the Ravens’ depleted secondary.

In addition, Landry has been battling injuries all season. With the Browns officially eliminated from playoff contention, it’s possible we see the slot receiver’s snap count decrease, in favor of Cleveland’s younger pass-catchers.

The Steelers allow the 10th-lowest percentage (12.1) of 20-yard pass plays in the league. Plus, with Pittsburgh ranking 30th in Football Outsiders’ rush defense DVOA, it’s likely that the Browns will take a ground and pound approach.

All in all, I don’t expect big production for Landry tonight. My projections have the LSU product kept well under this line.