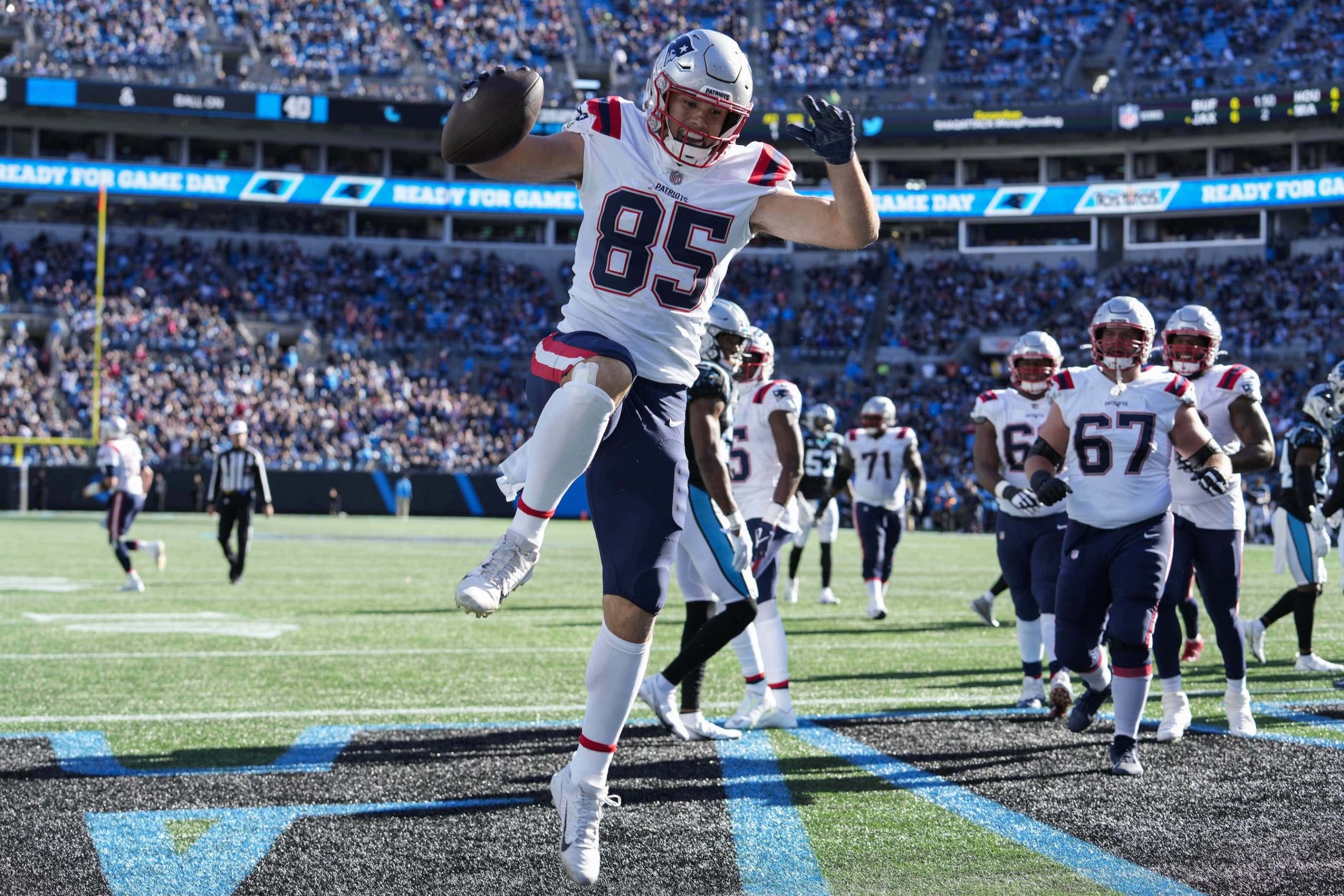 Week 11 kicks off with a Thursday night showdown of two teams coming off of blowouts. While the 6-4 Patriots stomped the Browns last week, the Falcons were upended by the Cowboys by a whopping 40 points. With both teams seemingly headed in opposite directions, it will be interesting to see how this one plays out. Before I get to my favorite player prop, be sure to check out our full game preview.

Both of these teams are flush with new pieces on offense for the 2021 season. By now we have a good gauge on how each player is used within the offense. My best bet of the game focuses in on one of the pass catchers for the Patriots, already making his mark in his first year on the team.

Don’t forget to read our same game parlay for Patriots vs Falcons (+3419 odds!)

In the revamped passing attack of the Patriots, Henry has proven to be a reliable option for rookie quarterback Mac Jones. The fifth-year veteran ranks 4th on the team in targets (42), receptions (31), and yards (353), and he is first in receiving touchdowns (7). He has reached 30 receiving yards in 7 of his 10 games thus far.

Henry has been particular efficient with his opportunities. His catch percentage of 73 percent and average depth of target of 8.9 yards both exceed Jones’ overall averages (69 completion percentage and 7.7 aDOT). This has resulted in Henry ranking 8th in yards per target (8.4) amongst qualifying tight ends.

Fellow tight end Jonnu Smith is questionable for Thursday’s game. However, in the 9 games they have played together Henry has served as the primary pass-catching tight end, running almost twice as many routes as Smith. I like the value on this play even if Smith does suit up.

The Falcons rate pretty average across the board against tight ends. Meanwhile, Atlanta struggles in time of possession (25th) and tends to play fast offensively (7th in team pace). The Patriots should control the clock, which would provide Henry with more opportunities.

Overall, Jones is implied around 35 pass attempts by sportsbooks. Just on Henry’s target share alone, that would project him at 4.5 targets and 38 yards. This line is just too low based on what we have seen from the Alabama product. I would play this up to 30.5 yards.