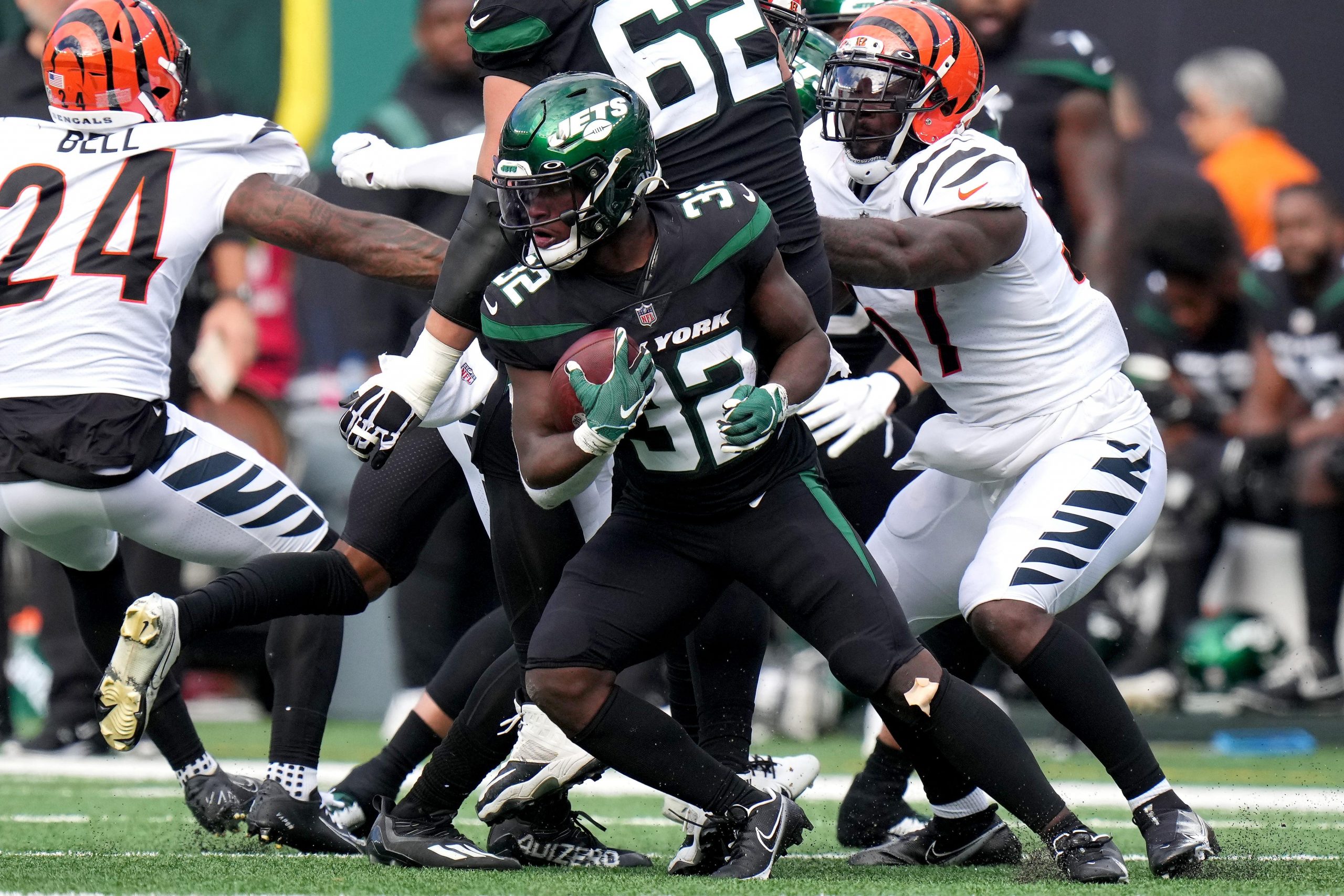 The beginning of the end of the first half of the NFL season kicks off with another rendition of Thursday Night Football. The Jets, fresh off a stunning win, travel to Indianapolis to take on the Colts, who are coming off a heartbreaking loss. Primetime games this season have brought the chaos in full force, and this matchup should be no different. Before I give you my play of the game, be sure to check out our expert’s predictions for sides and totals.

Sports-betting hero Mike White subbed in for Zach Wilson last week, and bolstered an otherwise dormant Jets offense. Despite the gaudy numbers, my favorite prop of the game actually looks to fade one of the other heroes from the Jets win last week.

Line available at Caesar’s at time of publishing.

This play could be considered going against the grain. The Jets running back is a trendy player, coming off back to back 100 all-purpose yard games. However, I see the rookie coming back down to earth this week. Let’s break it down between the two components.

As a rusher, Carter has produced less than 4 yards per carry in 5 of his 7 games. And on Thursday night, he’ll be lined up against arguably the best run defense he’s seen in his young career. The Colts have allowed the 8th-fewest yards per carry to opposing running backs this season (3.9), despite having faced Derrick Henry twice.

Carter ranks 37th in the NFL at only 2.0 yards before contact, and hasn’t shown much of a propensity to break tackles, with only 4 this season. The Colts rank as one of the top teams in the NFL, making first contact with opposing running backs after only 1.23 yards. I expect the Colts’ front 7 to have their way with the Jets’ offensive line, limiting Carter’s running room.

Plus, coming in as 10.5-point underdogs, the Jets might not be in a position to pound the ball on the ground for long.

Carter has racked up 162 receiving yards over the last two weeks, almost 100 more than the previous 5 games combined. He’s a threat to catch the ball out the backfield, and Jets quarterback Mike White peppered him with targets last week.

However, the Colts are excellent at defending passes to running backs. Indianapolis gives up only 34 receiving yards per game to opposing backs (8th best), on an average of 5 targets (5th best). Linebackers Darius Leonard and Bobby Okereke are excellent in coverage, and have the speed and instincts to keep up with Carter.

If anything, the Colts are more exploitable out wide, allowing 167 yards per game to wide receivers.

I like the Colts to control the clock on offense, leaning on their own ground game. Carter and White won’t be taking anyone by surprise this week, and I expect full regression for the Jets offense as a whole. My projections peg Carter’s total yardage in the mid-70s.

Make sure you read our TNF same game parlay for Jets vs Colts (+3089 odds!)