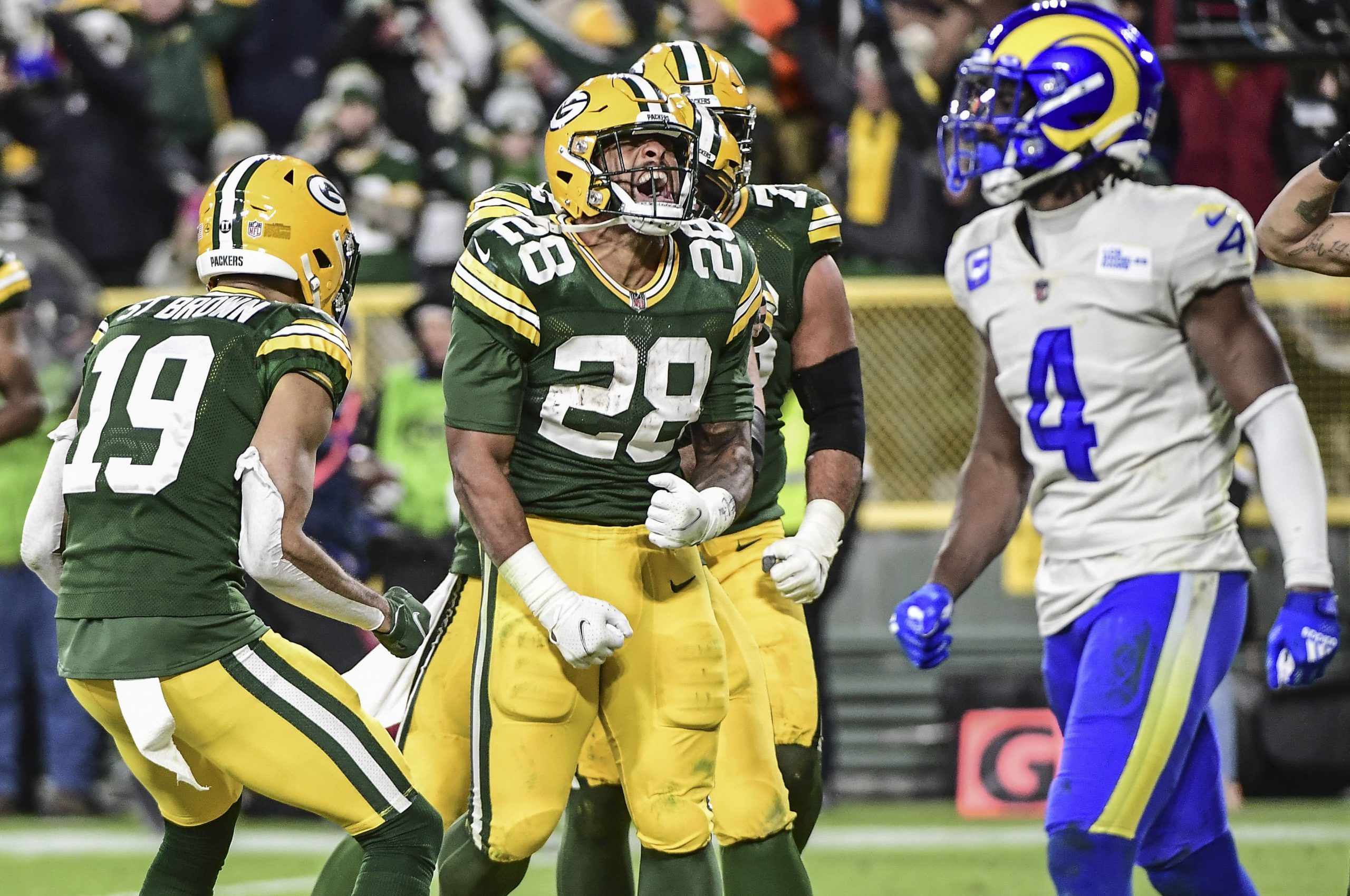 Sunday Night Football for Week 14 caps off a long day of football with a heated NFC North rivalry. The Bears come into Lambeau Field to take on their supposed “owner” Aaron Rodgers and the Packers. While these teams’ seasons are headed in opposite directions, there’s never any love lost when they face off. Before I get to my player prop of the game, be sure to check out our full game picks and analysis and same game parlay.

While Aaron Rodgers is once again putting together an MVP caliber season, it’s the ground game that makes Green Bay’s offense go. And with my favorite bet of the night, I’m going to ride the Packers’ most productive running back of late.

Over the course of this season, AJ Dillon has played his way into what’s looking like a 50-50 timeshare with fellow running back Aaron Jones. The sophomore tailback has eclipsed this line in 6 of his last 9 games.

Since Week 7, Dillon has racked up 4 yards per attempt to Jones’ 3.6. And the bruising back has piled on 3.2 yards after contact on the season, also exceeding Jones’ 2.8. With Jones recovering from a mid-season knee injury, it’s likely that the Packers continue to feed the hot hand in Dillon, in an effort to manage Jones’ workload.

And the primetime matchup against the Bears represents a great opportunity for the Packers to pound the rock. Green Bay, as of publishing, are 11.5-point favorites, and figure to find themselves in positive gamescripts for most of the contest. In similar circumstances back in Week 6, the Packers totaled 31 rush attempts (54% of offensive plays). Dillon himself piled on 59 yards on 11 carries.

And unlike their first matchup, the Bears will be without one of their best run-stuffers, Akiem Hicks. Already ranked 21st in rush defense DVOA since Week 10 (per Football Outsiders), I expect the Bears to struggle to contain the Packers rushing attack.

I’m projecting around 14 carries for Dillon on Sunday night, which should yield upwards of 63 yards.

Check out our full game analysis of Chicago Bears vs Green Bay Packers.