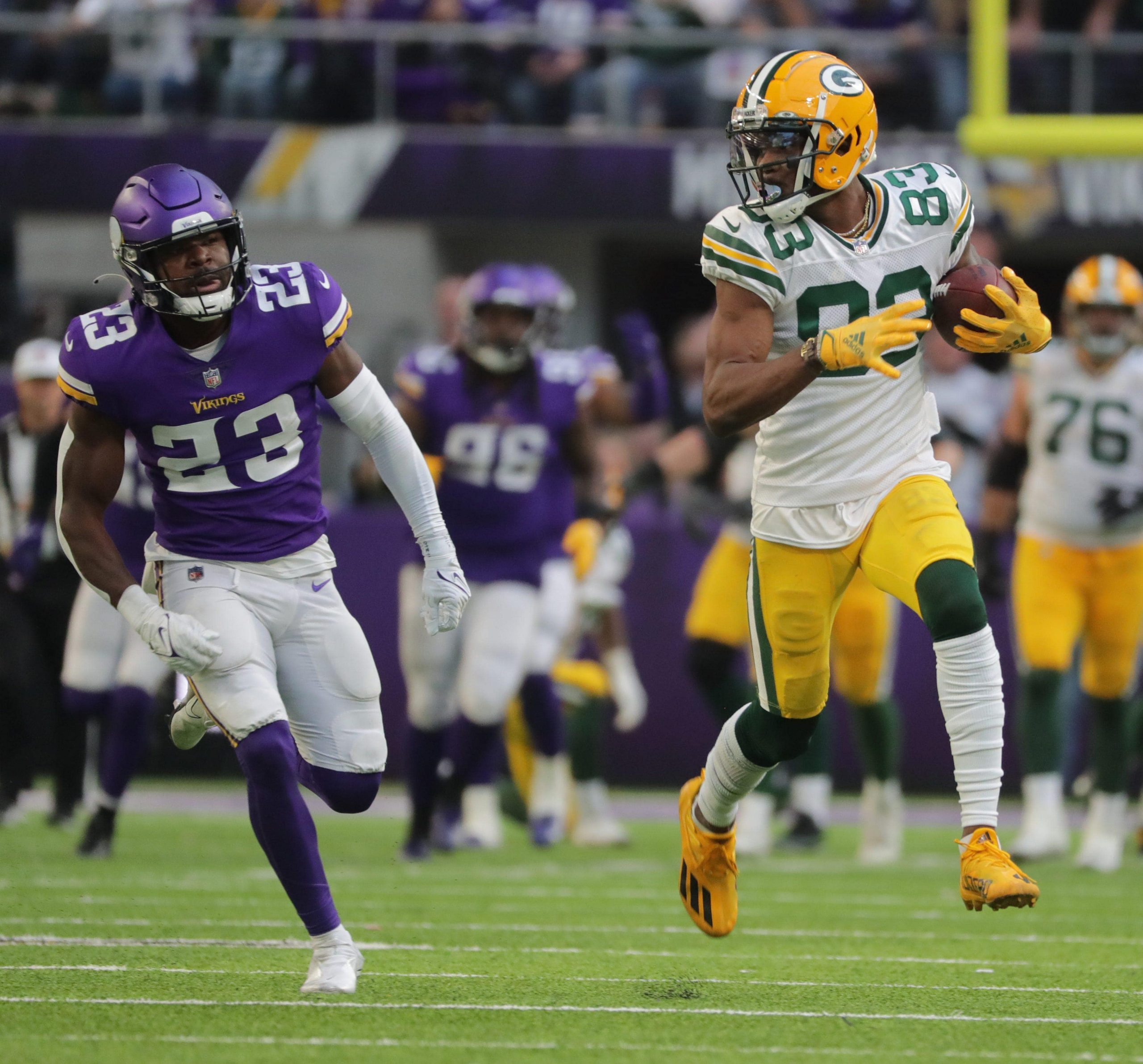 Week 17’s Sunday night matchup features the top 2 teams in the NFC North. The Vikings travel to what literally will be the frozen tundra of Lambeau Field, to take on the Packers. With gametime tempratures expected to drop into the single digits, we’ll be treated to a classic cold-weather slugfest. Before I get to my favorite bet of the game, be sure to check out our full game picks and analysis and our same game parlay.

This game’s outlook took a dramatic turn when Vikings quarterback Kirk Cousins was ruled out. However, my focus for my best prop of the night is on the other sideline.

The fourth-year receiver is finally flashing as part of Aaron Rodgers’ passing attack. The deep threat has been in and out of the lineup, but he’s picked up 427 receiving yards in his 9 games played. In the last 6 contests he’s suited up for with Aaron Rodgers, MVS has pushed past 35 yards 5 times.

Make no mistake, he’s the Packers’ deep threat. He leads the team with a 19.7 average depth of target (aDOT), and 17.1 yards per reception. Unlike last season, however, Valdes-Scantling has been more involved with the short and intermediate passing attack. This has contributed to an uptick in targets per game: 5.3 this season as compared to 3.9 in 2020. It’s his usage that has made him a little less boom-or-bust.

The Vikings allow the 4th-most receptions to opposing receivers. Their best cornerback, Patrick Peterson, figures to lock in on Packers stud receiver Davante Adams. This leaves MVS with an advantageous matchup on the opposite side, likely against Mackensie Alexander.

Minnesota has allowed the 6th-most 20-yard pass plays this season (52). Valdes-Scantling saw 10 targets against them in Week 13 and while he only caught 4 passes, he did churn out a season- high 123 yards.

It’s going to be cold, but there is neither substantial wind nor precipitation in the forecast. Rodgers is more than accustomed to dealing with averse temperatures, and it’s highly unlikely the game-plan is altered.

I like Rodgers to connect with MVS for a long gain in this one, but we’re not over-reliant on it for this play. I have the USF product projected at about 6 targets which he should turn into close to 50 yards tonight.