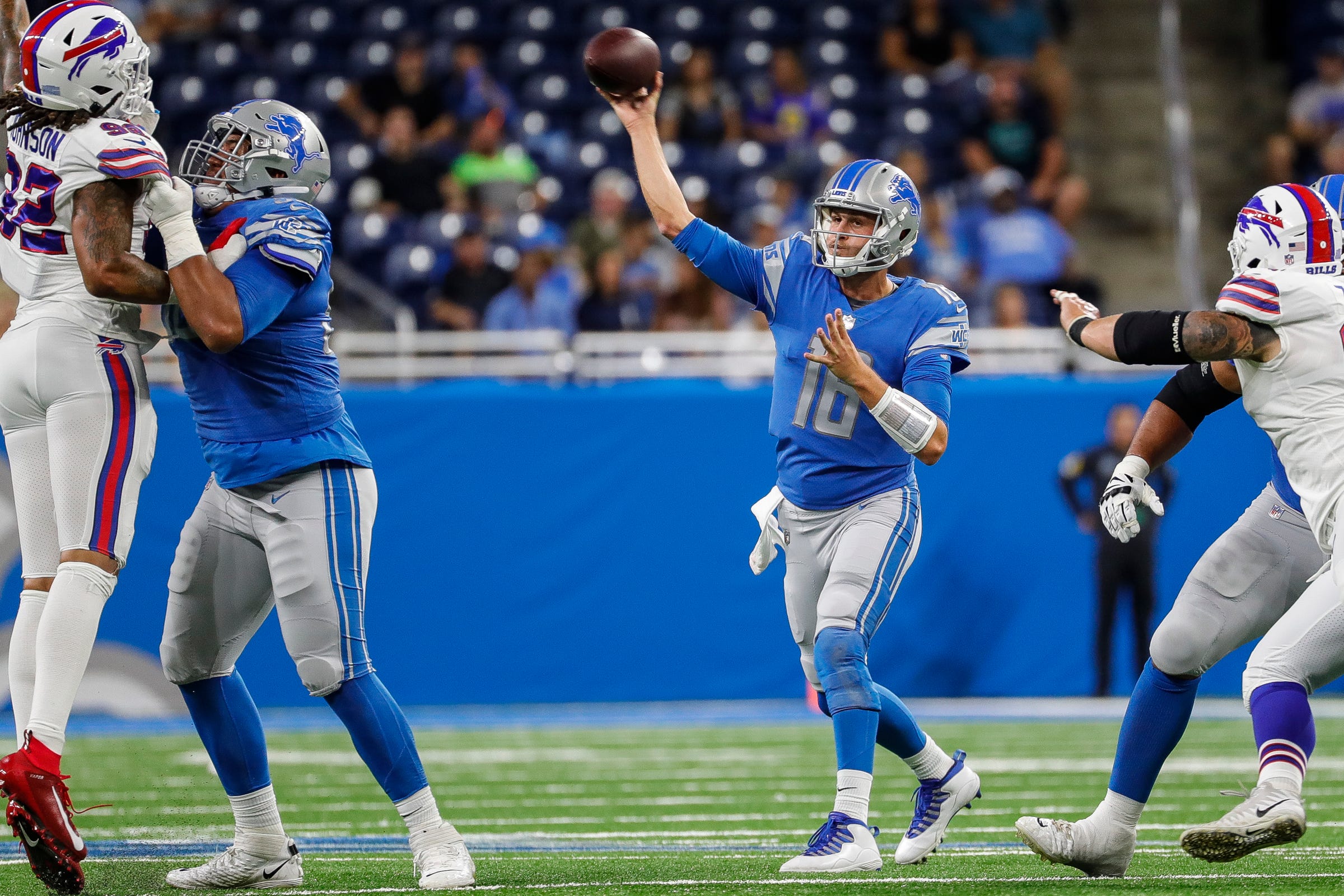 Week 3’s NFL slate kicks us off on Sunday with 9 games in the early window. With two games for each team in the books already, we’re able to start cherry picking some trends that sportsbooks continue to undervalue. Before I get into my favorite player props, be sure to check out our experts picks for game sides and totals.

Whether it’s with betting, fantasy sports, or just genuine rooting interest, Week 3 can already be somewhat of a make-or-break scenario for players and teams. Two of my three favorite player props look to continue on recent trends, but with one I’m expecting some positive regression. Without further ado, let’s get to the plays.

Goff and the Lions’ passing offense has surprisingly put up some decent numbers through the first two games. Detroit’s quick strike offense has Goff second in the NFL with 64 completions, but 27th in yards per attempt (6.3). The latter is not an incriminating statistic – Goff’s intended air yards per target (6.2) also ranks 33rd. Simply put, the former number one overall pick is playing to the Lions’ strength.

Three of the top four targeted Lions, TJ Hockenson, D’Andre Swift and Jamaal Williams, are not wide receivers.  Their average depth of target of 7.2, -0.3, and 0.3 yards respectively, are all well below the NFL average. With the combined target share of 53% for these three, short passes reign supreme in this offense.

We highlighted Baltimore’s pass defense when we played this prop successfully in Week 1. Now, they did play the Chiefs last week, whose explosive offense stops for no one. Despite Kansas City hitting two deep throws, and a gamescript that saw them leading most of the game, Patrick Mahomes still fell just one completion shy of this mark. The Ravens’ secondary remains stout, which should lend to Goff continuing to pepper his non-wide receiver weapons.

The Lions come into this game as 8.5-point underdogs, likely translating to plenty of passing situations. My projections have Goff closer to 27 completions in this one.

The speedy second year receiver is quietly emerging as one of the Bears top targets in the passing game. Targets to Bears receivers had typically been dominated by Allen Robinson, but Mooney’s 15 through 2 games is tied for the team lead. His 4.38 speed makes him a legitimate deep threat, but the Bears are noticably looking to get Mooney in space on shorter routes as well. As a result, he’s leading the Bears with 11 receptions. With the departure of Anthony Miller, Mooney is now lining up more in the slot, which has expanded his route tree.

Justin Fields is now entrenched as the starter in Chicago. While the Bears figure to be more run-centric, Mooney’s speed and separation should mesh better with Fields’ mobility within the pocket. Mooney’s 2.6 yards per separation on his routes outpaces Robinson (1.8), which Fields will take advantage of on his first read. Last week, Fields targeted Mooney on 4 of his 13 pass attempts.

The Browns secondary has noticeably struggled with speedy receivers in their first two matchups. Tyreek Hill and Brandin Cooks reeled in a combined 20 catches against Cleveland. While Mooney is not in the same alpha-stratosphere as those two, it’s still a great spot for the Tulane product. With Robinson still to command most of the defensive attention, I project Mooney to see another 7 targets and 5 catches on Sunday.

After a tremendously weird first two games for the Saints, I’m buying low on their best offensive weapon. Kamara does lead the Saints in catches (7, 27% share) and targets (10, 24% share), however he’s yet to reach 5 receptions in either of the first 2 games. The fact is, the blowout versus the Packers did not call for a heavy pass script, and the team looked to be in disarray last week versus Carolina, amidst missing a chunk of their coaching staff.

While this week’s tilt versus the Patriots’ defense isn’t an A+ matchup, I’m expecting some positive regression for the Saints, who have run the fewest offensive plays through the first 2 games. New England is allowing opposing running backs above-average target and catch shares through the first 2 games. I expect the Saints to get the ball to their All-Pro running back however they can, which is why I love this play at plus odds.