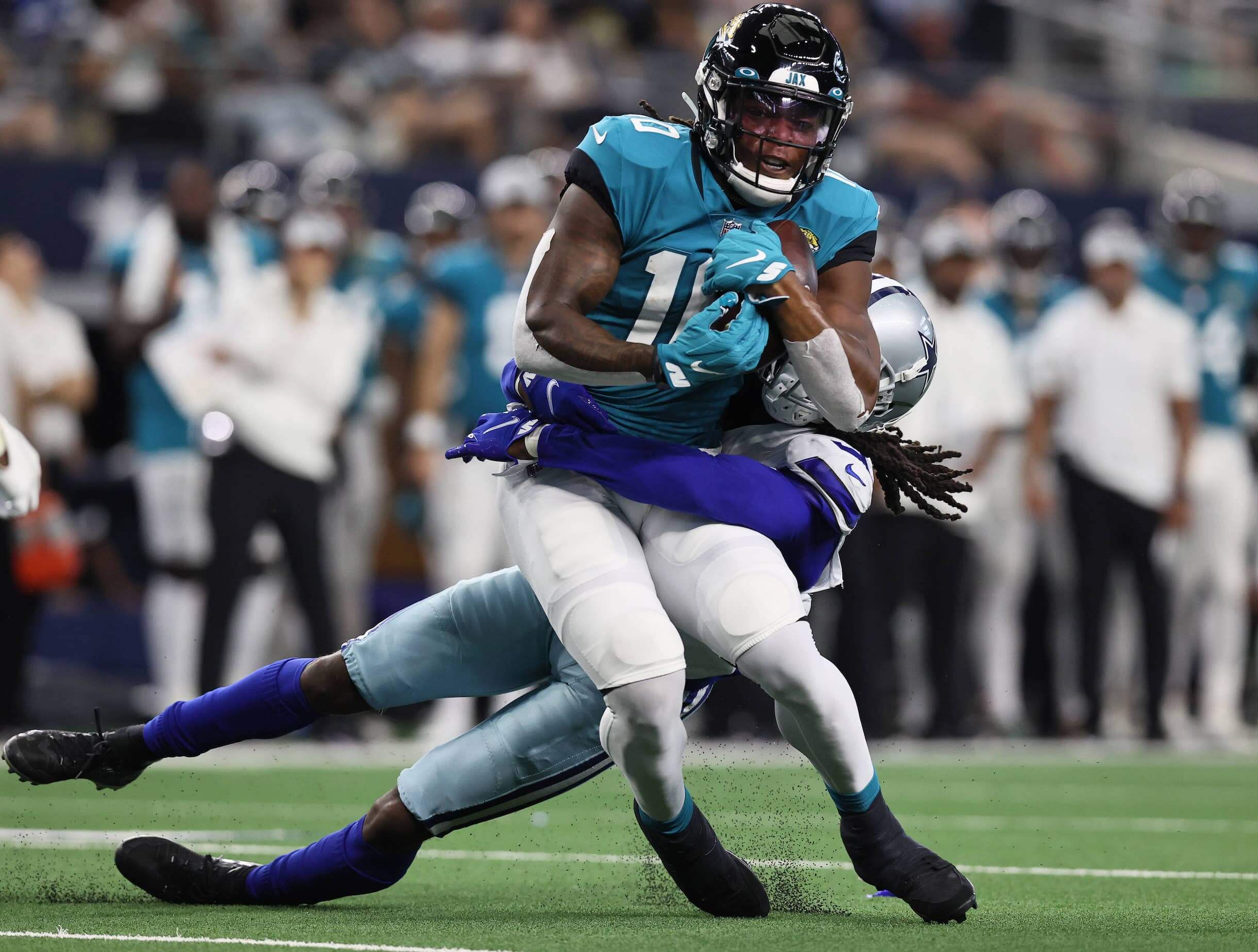 Week 2 in the NFL is all about gauging whether player and team’s Week 1 performances were for real, or just a flash in the pan. Determining the weight of the first game can wreak havoc on a bettor’s decision-making process. As such, checking out our experts picks for game sides and totals becomes even more prudent than ever. Let us do the work for you.

On the player prop front, I’ve identfied two players whom I expect to repeat on their Week 1 performances. Both in their second year, the books seem to continue to be undervaluing their importance to their team’s respective gameplans.

After finishing with the league’s worst record last season, the Jaguars still left a lot to be desired after a Week 1 drubbing courtesy of the Texans. Rookie quarterback Trevor Lawrence threw 51 passes, resulting in some lofty receiving totals. Shenault was the recepient of 10 of those targets, securing 7 catches. It was evident the Jags are looking to be creative when getting the ball to their second-year receiver, as 7 of those 10 targets came less than 10 yards down the field.

Shenault primarily lined up in the slot in Week 1, and was on the field for 70% of the offensive snaps. While we don’t expect another double-digit target day, it was comforting to see Shenault and Lawrence build off the strong rapport they had in the preseason (32% catch share, 30% target share). Plus, Lawrence struggled mightily to find a connection with DJ Chark, completing only 3 of his 12 passes.

The Broncos don’t project to be a prohibitive matchup for Shenault.  With Denver upgrading their boundary cornerbacks this offseason (Kyle Fuller and Patrick Surtain II), the Jaguars will likely look to exploit Shenault’s size advantage on Broncos slot DB Bryce Callahan. Last week, Denver struggled versus Giants’ inside receiver Sterling Shepard, who had 7 catches on 9 targets.

And of course, this is the Jaguars. Once again, Jacksonville looks primed to be entrenched in negative gamescripts this season. As 6-point underdogs, Lawrence is implied at 35 pass attempts this week. My projections have Shenault to be targeted on 8 of those attempts. Given the designed plays and shorter routes, Shenault should have no issue securing 5 receptions on Sunday.

We’re running it back (pun intended) with one of our winning plays from last week, with a small twist. Hurts had a fantastic game versus the defensively challenged Falcons, rushing for 62 yards on 7 carries. Of those attempts, 4 came via a designed run and 3 were as a result of Hurts’ scrambling ability.

The designed run plays should again be in the gameplan this week, and I’m expecting at least 4. Matched up against a significantly better 49ers defense (and pass rush), I expect Hurts’ to break the pocket and run a bit more. As I highlighted last Sunday, Hurts scrambled on 13% of his dropbacks last season. In Week 1, he was down to 8%, mainly because the weak Falcons secondary struggled in coverage, allowing Hurts easy passing lanes. I have the dual-threat signal-caller projected closer to 5 scrambles versus a San Francisco team that allowed the most rush attempts by a quarterback in 2020.

And the beauty with QB rush attempts is that the potential for sneaks and or kneel downs can only help us. While I’m not counting on either, I’d welcome rushing attempts however we can get them. Sportsbooks set the bar for Hurts’ yards a bit higher this week, but did not touch his attempts line. While both were too low in Week 1, I’ll gladly pivot to carries for this go around.