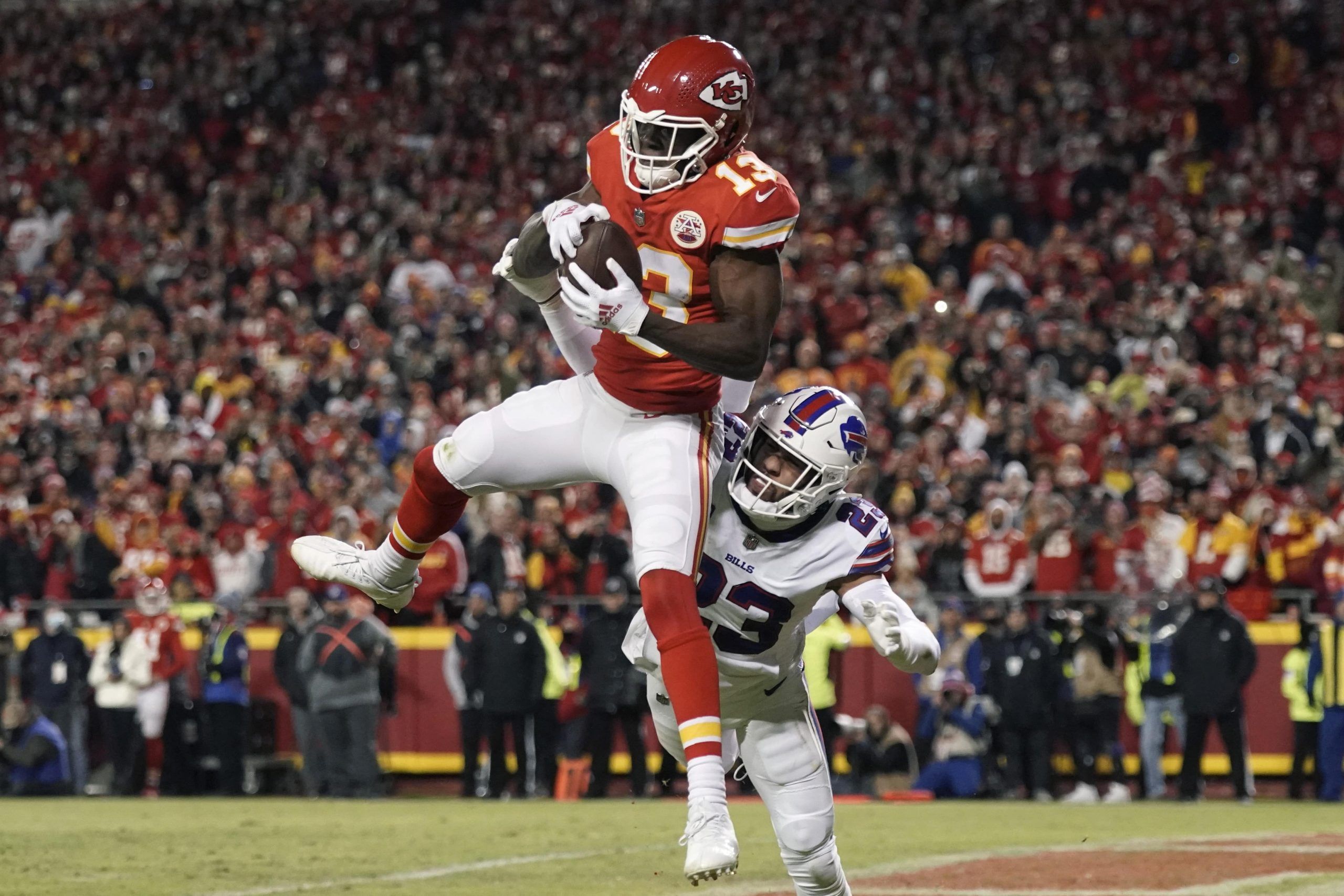 The AFC Championship game kicks us off on Sunday with the Cincinnati Bengals squaring off against the Kansas City Chiefs. While the Chiefs embark on their 4th straight year playing in the conference championship, the Bengals are making their first appearance since the 1988 season. After a thrilling Week 17 matchup between the teams, we should be in store for more fireworks come Sunday. Before I get to my favorite bet, be sure to check out our full game picks and analysis.

These offenses feature some big names, especially as part of the passing game. Tyreek Hill, Travis Kelce, Ja’Marr Chase, and Tee Higgins all had fantastic seasons catching the ball. However, I’m focused on one of the lesser known receivers with my best play of the game.

In the Patrick Mahomes era, it’s been tricky to figure out target and catch distributions behind Hill and Kelce. The Chiefs have cycled different receivers in and out of the lineup, with the beginning of this season being no different. However, Byron Pringle has emerged to become a reliable presence out of the slot.

However, it’s also notable how the Chiefs have deployed the 3-year veteran of late. Prior to this 5-game stretch, Pringle’s average depth of target (aDOT) was 12.2 yards — the highest on the team. Over the last 5 games, that aDOT has shrunk to 8.9 yards, as Pringle is seeing more high-percentage targets. In fact, the Kansas State product’s 20 targets traveling less than 10 yards over the last 5 weeks matches his total from the previous 14 games.

Against the Bengals, I see Pringle continuing to garner opportunities. Despite ranking 24th in Football Outsiders’ pass defense DVOA, Cincinnati does rate well against opponents’ No. 1 wideouts. With the 6th-best DVOA, the Bengals are poised to limit Tyreek Hill’s production. Plus, Cincinnati is poor at defending passes over the middle of the field (25th in DVOA), which is where Pringle sees 64% of his targets.

This isn’t a bet against Kelce or Hill – the aerial attack still revolves around both. But when a receiver is consistently getting looks in a Mahomes-led offense, it’s hard to ignore him. I have Pringle projected close to another 7 targets, which he should have no issue turning into 4 catches.