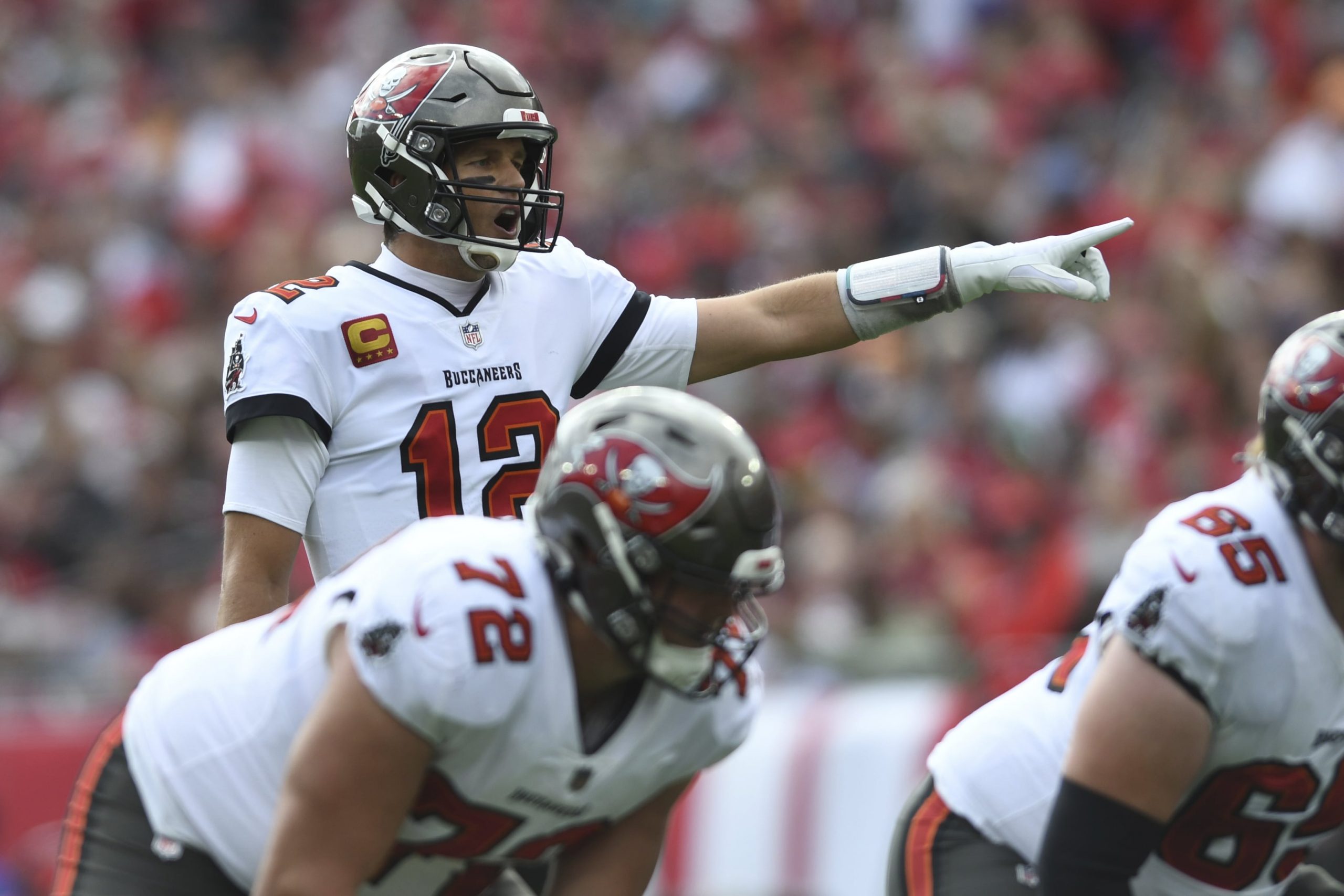 Sunday’s first division game features two powerhouse teams. The Rams travel east to take on the reigning Super Bowl champion Bucs. Both squads are very much well-rounded, possessing top 10 units on both sides of the ball. Before I get to my favorite bet, be sure to check out our full game picks and analysis.

Each of these teams are coming off convincing victories in the wild-card round. Despite having star players in almost every facet of the game, all eyes will be on the quarterbacks, with Matthew Stafford playing in his 5th playoff game, compared to Tom Brady’s 47th. In fact my best play of the game focuses in on one of these signal-callers, as I’m expecting some tremendous volume.

Check out Jared Smith’s best bets and insights for the NFL divisional round.

I don’t think I need to spend too much energy extolling just how good Tom Brady is. At age 44, the 22-year veteran led the NFL in both completions and passing yards as he continues to build on his tremendous legacy.

However, my focus (as is Brady’s, I assume) is solely on his next game. Brady faces a tough test against the Rams defense with several key offensive pieces either missing, or banged up.

We know that two of Brady’s most reliable targets, Antonio Brown (released) and Chris Godwin (injured), won’t be suiting up. Backup receiver Breshaud Perriman has also been ruled out, and Cyril Grayson is shaping up to be a game time decision. Running back Ronald Jones will be in street clothes on the sidelines, and Leonard Fournette — who hasn’t played in more than a month — is also iffy to play. Lastly, two of Brady’s most trusted offensive linemen, Ryan Jensen and Tristan Wirfs, are also both questionable.

Now, Brady is no stranger from having to perform on the biggest stage with limited weapons surrounding him. But what all of these injuries and question marks add up to is the short passing game.

The Bucs might be without their two best running backs. But even if Fournette does suit up, it’s going to be tough sledding on the ground. The Rams rank 5th in Football Outsider’s rush defense DVOA metric, and have allowed the 5th-fewest rush yards per game. Tampa is already the most pass-happy team in the NFL, having Brady throw the ball 66% of plays. It’s highly likely that they lean on their franchise quarterback’s arm to get the ball down the field.

But what we’ve seen with Brady, throughout his career, is the propensity to get the ball out quickly to avoid the pressure. Without his best outside receivers, I expect more shorter plays to his running backs and tight ends. Even Mike Evans saw an average depth of target of 8.0 yards last week, compared to 13.7 in the regular season. In the four games since the Bucs lost both Godwin and Fournette, Brady has 18, 29, 34, and 29 completions.

Despite misfiring on this same prop last week with Kyler Murray, I’m targeting the Rams’ defense once again. They allowed the 12th-shortest aDOT this season, resulting in the 4th most completions per game. I trust Brady and the Bucs to handle the pressure better than Kyler Murray did last week.

This is a big number — but not for Brady. The 7-time Super Bowl winner has eclipsed this line in 11 of his 18 games played this season, including a whopping 41 completions versus the Rams in Week 3. My projections have him closer to 29 on Sunday.