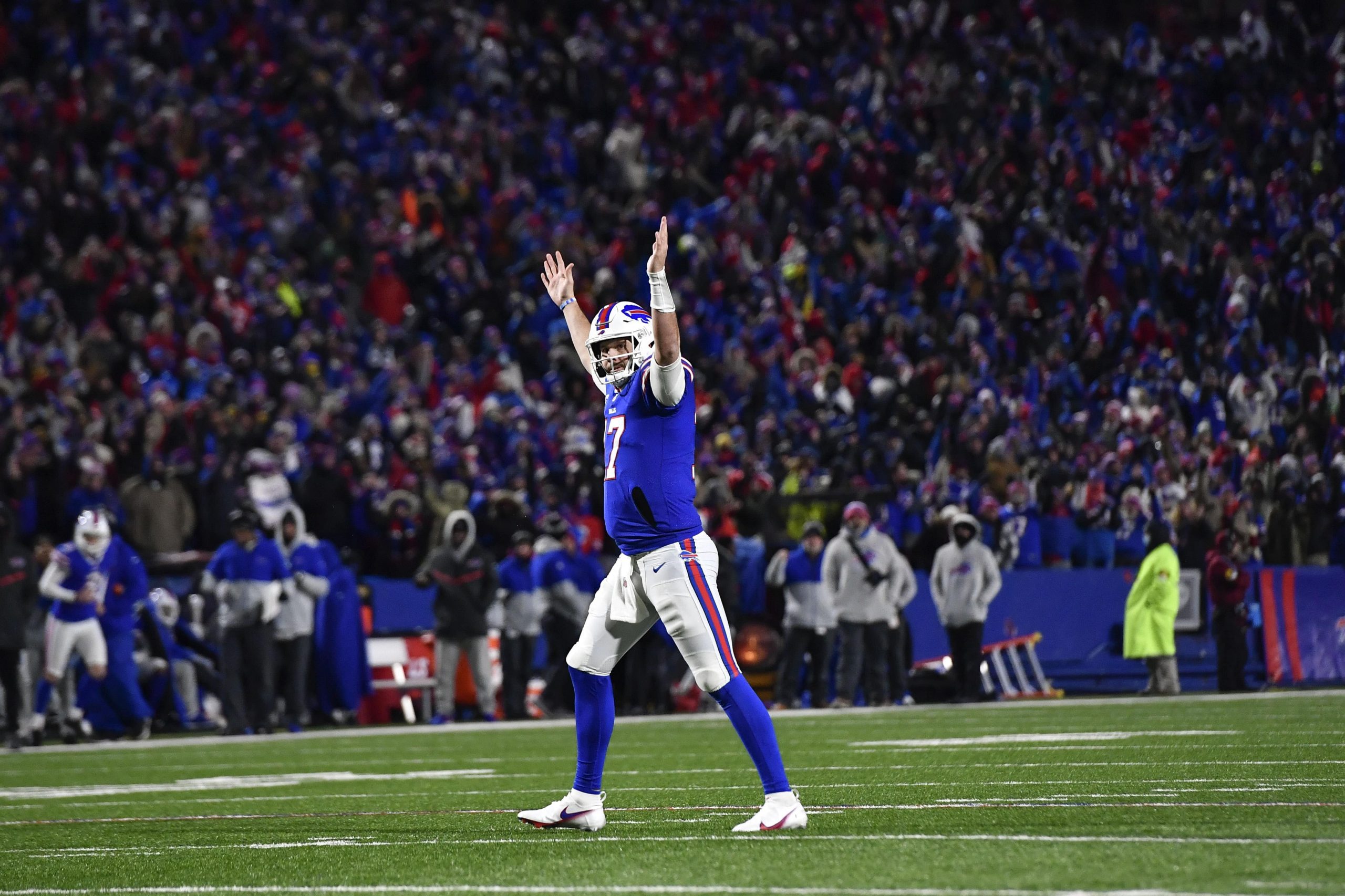 The Saturday night Wild Card matchup features two teams that are very familiar with each other. The Patriots and Bills will meet for the third time in the last 7 weeks, in the rubber game of their season series. Before I get to my favorite bet, be sure to check out our full game picks and analysis.

These two teams split their regular-season matchups, with the first being the infamous wind game. Back in Buffalo for round 3, we’re expecting seasonably freezing temperatures, but not too much on the wind front. That being said, with a win-or-go-home mentality, I’m expecting these teams to ride their star players. And with my play of the day, I’m keying in on the Bills quarterback to keep the ball in his own hands.

Line available at Caesar’s at time of publishing. Playable at over 7.5 attempts for 0.75 units (at plus odds).

Along with his prowess through the air, Allen remains one of the best running quarterbacks in football. He finished the season with 122 carries for 763 yards, both ranked 3rd amongst quarterbacks.

I was a bit surprised to see this line open at 6.5 attempts. While Allen only exceeded this line in 8 of 17 games this season, there was a prevailing trend: Allen reached at least 7 carries in 6 of 8 games that were decided by two scores or less. He averaged 9.5 attempts in those closely contested matchups.

This shows that Allen likes to keep the ball in his hands in big moments. And that sentiment correlates with the quarterback exceeding this total in each of his 4 career playoff games.

The Patriots’ strong defensive front is likely to bring the pressure on Allen. And with their stout secondary, there should be plenty of scramble opportunities for the quarterback. Coupling this with designed runs, zone-read plays and kneel-downs, Allen should be in for an above-average workload on the ground.

I have the quarterback projected at 9 rushing attempts. If you’re unable to get this line at a decent price, an acceptable pivot would be playing over his rush yards, up to over 42.5.