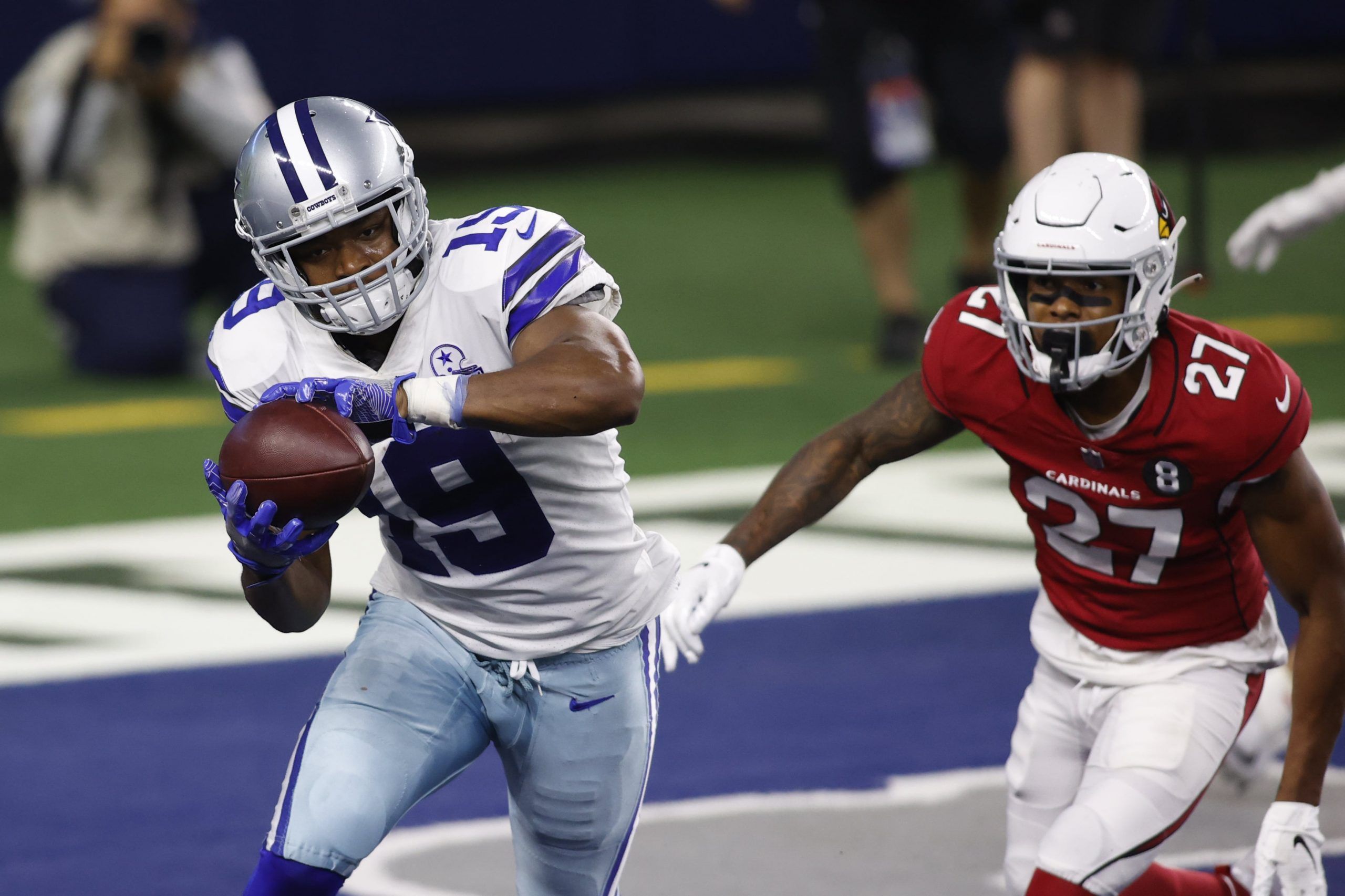 Week 13 concludes on Tuesday, with the 3-8 Dallas Cowboys visiting the 6-5 Baltimore Ravens. Both teams have floundered as of late, with the Ravens losing three of their last four games, and the Cowboys dropping five of six. Despite the rough patch, both will look to turn it around, as they vie for playoff contention.

As the only Tuesday game on the schedule, sides and totals are sure to get plenty of action. Check out our picks and full game preview here, as well as our same game parlay with a nice payout.

On the player prop front, I look to build on my 73-36 record for the 2020 season. For this game, I’m focusing on the Cowboys’ top wide receiver to see if he can continue his recent run.

Look, I get it. The Cowboys’ offense is a shell of its former self since the Dak Prescott injury. One of the few bright spots has been the consistent production of Cooper. Since the injury to Prescott, Cooper has averaged 70 receiving yards per game, and hit this number in five of six. Keep in mind, that production was with three different quarterbacks and the only miss was a five-yard performance with Ben DiNucci taking the snaps.

With Andy Dalton at quarterback, Cooper has been targeted on 22 percent of pass attempts, and converting those at a rate of 10.2 yards per target.  His catch share with Dalton is 26 percent and his yard share is a robust 39 percent. He’s established himself as not only Dalton’s favorite receiver but also his most efficient. As I pointed out last game, the books seem to be undervaluing Cooper.

The matchup isn’t the easiest — the Ravens rank 10th in pass defense this season, allowing 221 yards per game. However, even without Dak, Cooper continues to produce in tough matchups. In three of his last five games, Cooper faced the number one and two ranked pass defenses, Pittsburgh and Washington, clearing 80 yards in each. His matchup on Tuesday, Ravens cornerback Marcus Peters, has allowed 516 receiving yards this season, 21st most in the NFL.

With the Cowboys coming in as 8.5-point underdogs, they’re likely to find themselves in passing situations. Dalton has eclipsed 30 attempts in each of his three full games this season, and I don’t expect that to change on Tuesday. Just 28 attempts would yield six targets for Cooper – a number he has converted into at least 52 yards nine out of nine times this season. This reads as another great spot for the Cowboys receiver.