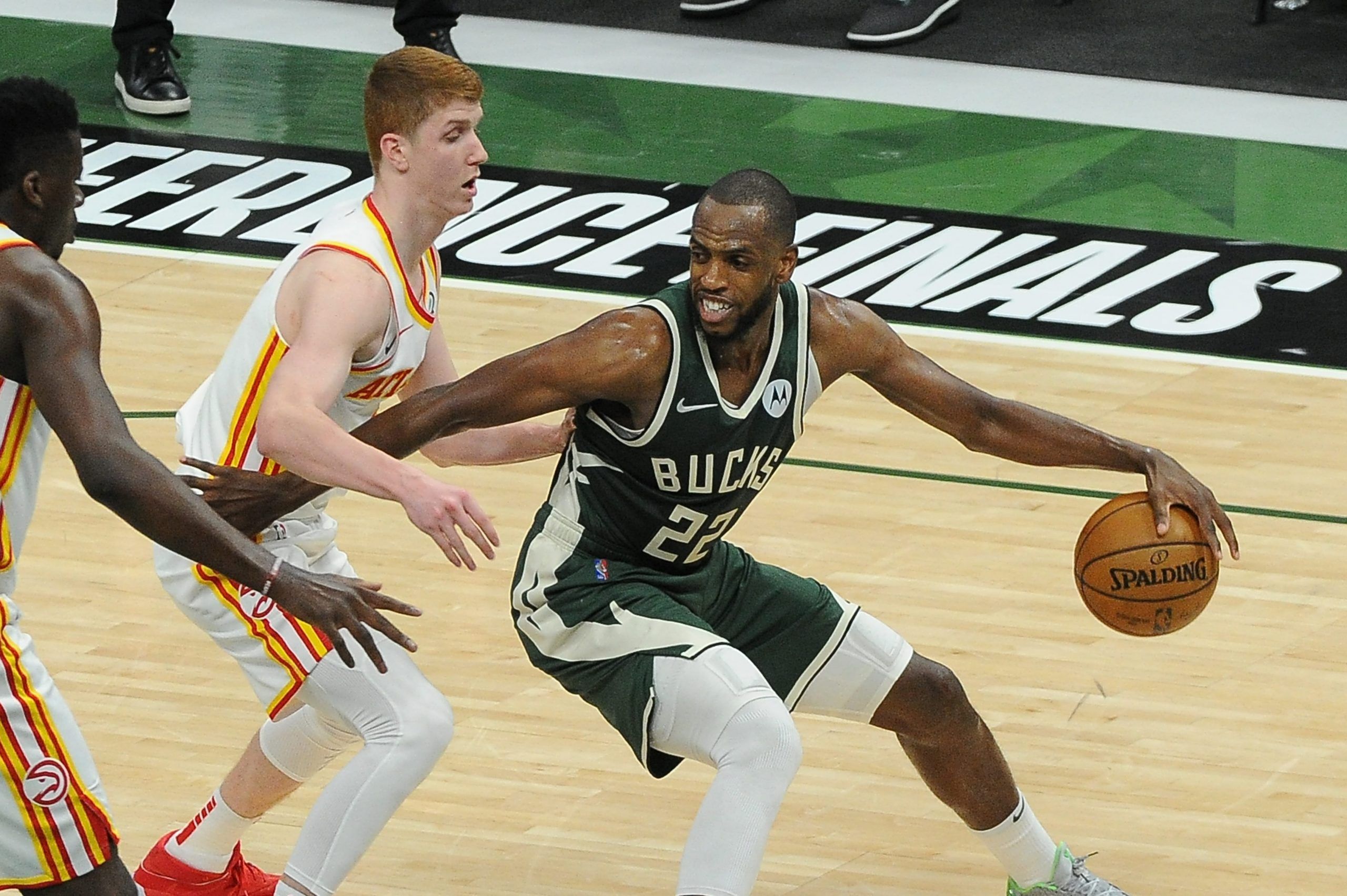 Since graduating from Davidson (The College That Stephen Curry Built), I have been writing about sports--just about any and all you can think of!--and coaching tennis in Atlanta, Ga. Beyond the four major sports, I am an avid tennis fan and cover the ATP Tour on a daily basis. If I'm not busy writing, you can generally find me on a tennis court or traveling the world wherever a sporting event takes me.
@Dimonator133
Updated: 12:44 PM ET June 25, 2021

Game 2 of the Eastern Conference Finals between the Atlanta Hawks and Milwaukee Bucks takes place on Friday night in Milwaukee. Atlanta holds a surprising 1-0 lead after winning Game 1 via a 116-113 decision on Wednesday. Trae Young was the star, scoring 48 points. Jrue Holiday did his best to keep the Bucks competitive with 33 points.

Who will be the top players on Friday? Let’s take a look at two of the most intriguing player prop bets, but don’t forget to check out our picks on the side and total as well.

Middleton’s shooting woes were a big reason why the Bucks lost Wednesday’s opener. He was a disastrous 6-for-23 from the floor, including 0-for-9 from three-point range. It’s actually kind of impressive that Middleton still managed to score 15 points despite such a woeful shooting performance. What’s encouraging for an over play is that the veteran small forward really doesn’t have to shoot that well to reach the 24-point mark simply because his volume is so high.

Milwaukee has only three reliable scorers in Middleton, Holiday, and Giannis Antetokounmpo. They attempted 23, 25, and 25 field goals respectively in Game 1. With Brook Lopez looking ineffective, PJ Tucker in there only for defense, and a relatively thin bench due to the absence of Donte DiVincenzo (out for the playoffs with an ankle injury), the Bucks’ best three players will continue to fork up a ton of shots. Antetokounmpo and Holiday will command lots of attention on the heels of their Game 1 success, so the door should be open for Middleton to bounce back.

Make sure you check out our first basket best bets for Hawks vs. Bucks, including a +1300 longshot!

Huerter was the hero of Game 7 against the Philadelphia 76ers, going for 27 points on a 10-for-18 effort from the floor. Even with Young going crazy in Game 1 against the Bucks and everyone else on the Hawks taking a back seat, Huerter still scored 13 points. And the third-year shooting guard out of Maryland scored 13 despite going just 1-for-6 from the land of plenty. Asking him to score at least 13 on Friday really isn’t too much at all.

You can’t assume that Young is going to score 48 again, and Bogdan Bogdanovic’s knee issue has not looked good over the past two games. Bogdanovic still logged 27 minutes in Game 1, but he was entirely ineffective and you have to think head coach Nate McMillan will limit those minutes if more of the same continues. Fewer minutes for Bogdanovic will mean increased playing time for Huerter.

Check out our same game parlay for Hawks vs Bucks (+988 odds!)