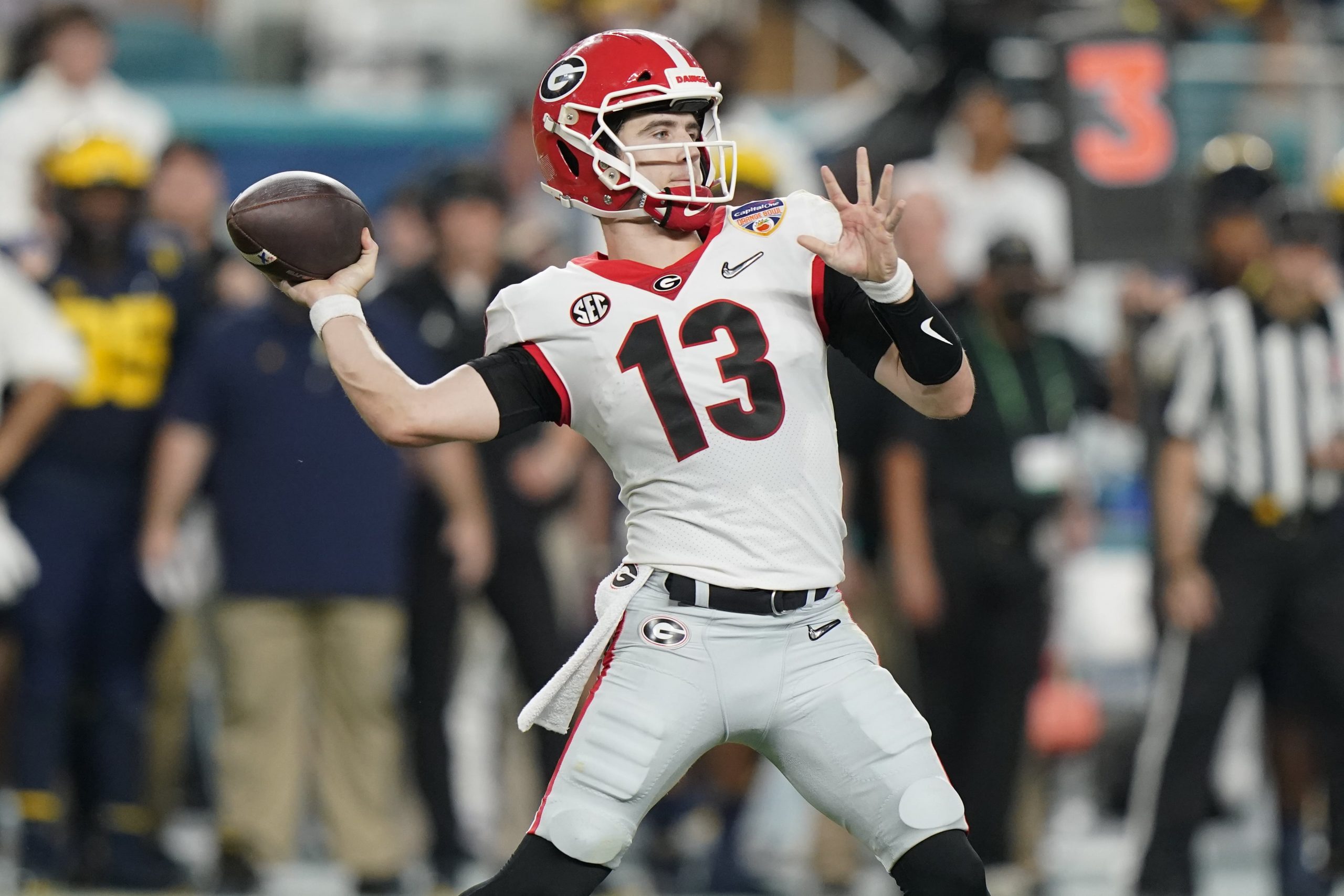 It’s that special time of year when most of the major sports are in action. It’s a lot, and we’re grateful for it. There are plenty of crucial contests coming up, which always attract some big public sides. Let’s take a look at where the public money is going as bettors once again try to beat the ‘books, with the National Championship Game leading the way on Monday.

The grand finale of the college football season is here. Georgia and Alabama will meet on Monday night for their highly anticipated rematch with a national title on the line. And bettors know what they like. There’s a definite lean toward Alabama on the spread from the public, but the bigger side is on the total. 70 percent of the bets and 74 percent of the public money are on the over 52.5 here, per DraftKings’ internal numbers shared with us.

You can check out our full game preview to see if we agree with the public on this one, and the fun doesn’t stop there. We’ve also got a ton of other great content for the National Championship Game to get you primed, including our expert picks roundtable and our same game parlay (+1068 odds!)

81 percent of the bets and 91 percent of the public money are laying double digits with the 76ers here. Philly is also on a bit of a roll, having won six games in a row, and there’s nothing the public loves more than chasing momentum. We don’t want any piece of the Rockets, we’re laying the points as well.

Well here’s something you wouldn’t have guessed at the beginning of the season. The Cavaliers are the heaviest public NBA side on Monday. Cleveland has far surpassed expectations this season, compiling a winning record despite dealing with a brutal schedule and a ton of injuries and COVID issues. 73 percent of the bets and a whopping 95 percent of the public money are on the Cavs here.

The gap in those two percentages means the large volume bets have been on Cleveland as well. Darius Garland and Evan Mobley are so good that people are now willing to take the Cavs as a road favorite. What a time to be alive. The Kings have lost four in a row, most recently in embarrassing fashion to the Blazers on Sunday. We’re riding with the public again on this one.

Looking at the hockey slate now. Oddsmakers have this nightcap as practically even, but clearly bettors don’t see it that way. 78 percent of the bets and 72 percent of the public money are taking New York on the money line. This isn’t the first time the public is fading the Kings hard, just a few days ago when I last wrote this column Nashville was getting hammered when they played in Los Angeles.

The Rangers have won four of their past five games, scoring four goals in all four of those wins. Los Angeles actually hasn’t been too bad recently, winning three of four themselves. Check out our full game preview for Rangers vs Kings to see who Pickswise expert Chris Zhang is backing on Monday!