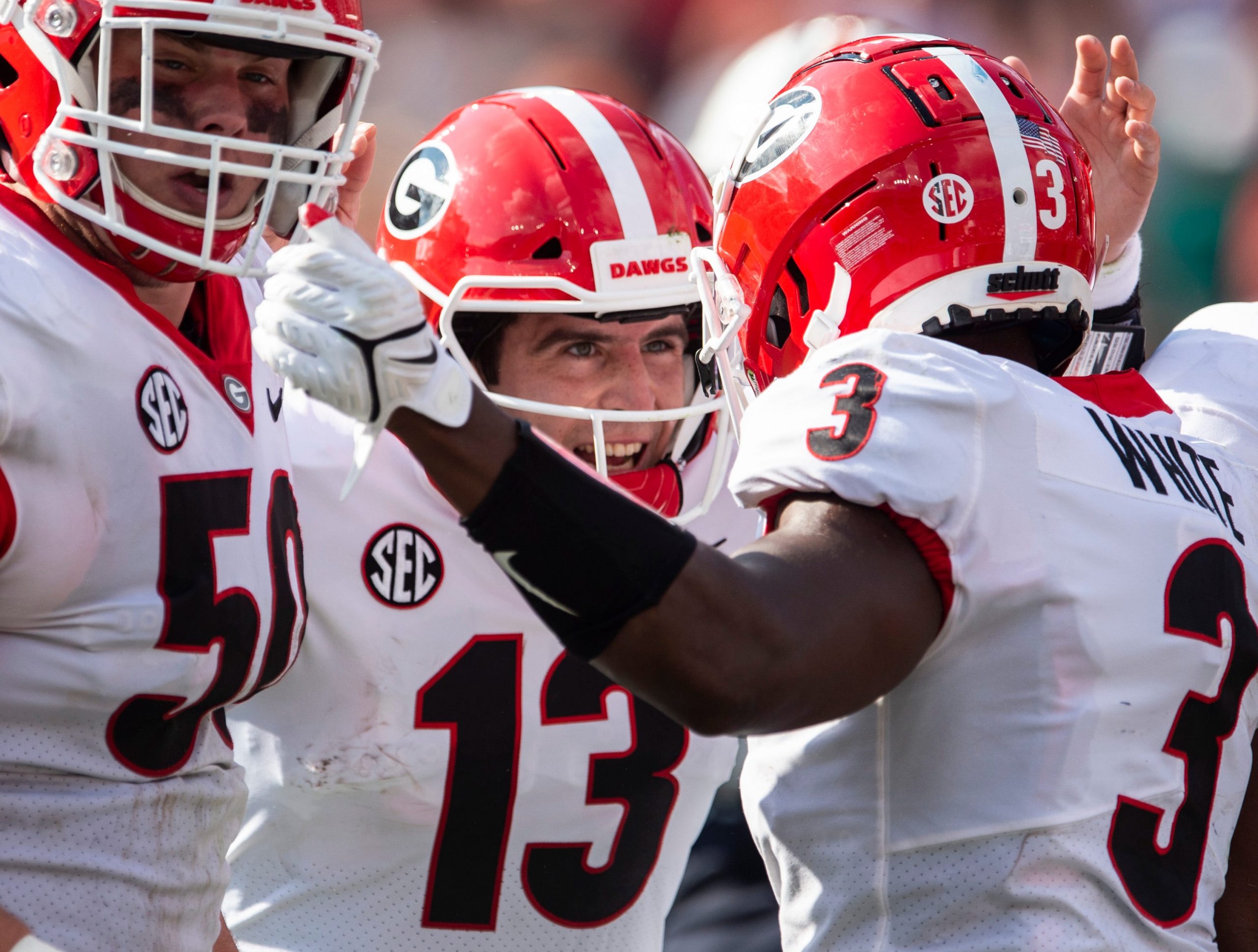 It will be a rare rematch in the National Championship game when the Alabama Crimson Tide and Georgia Bulldogs meet again – this time for the title – on Monday night in Indianapolis. The Crimson Tide lifted the SEC trophy at the Bulldogs’ expense, but UGA is favored to get revenge. Let’s take a look at the best same game parlay option for Alabama vs Georgia, and also be sure to check out our full game preview for picks on the side and total.

Part of the value in same game parlays, of course, is that all of its components can be correlated if you so choose. That is some of the plan here, as Stetson Bennett rushing for a fair amount of yards and Zamir White finding the end zone would obviously work well with a Georgia win and cover. At the same time, plays that aren’t correlated drive up the overall payout of the parlay. That is the case with backing Jameson Williams to score a TD, but even if that happens there is no reason why the Bulldogs can’t take care of business. Let’s break down each of the four legs one by one.

From a personnel standpoint (especially on defense), the Bulldogs are the most talented team in college football. I want to say they are the “best”, but you can’t argue that unequivocally when they just lost to the Crimson Tide. I think you will be able to argue that come late Monday night (or early Tuesday morning). UGA has positively destroyed everyone else (including Michigan 34-11 in the Orange Bowl), while ‘Bama just barely scraped by multiple common opponents during the regular season. Head coach Nick Saban’s squad will also be without John Metchie III, who suffered a torn ACL in the SEC Championship, and a whole host of guys got banged up in the Cotton Bowl against Cincinnati. I think it’s the Dawgs’ time. They may not win by more than a field goal, but a field goal is enough to cover.

Don’t miss our National Championship roundtable as 5 CFB experts give their best bets!

Bennett’s mistakes (namely interceptions) are what has held Georgia back against Alabama over the past two seasons. In the last two losses to the Crimson Tide, the former walk-on has completed only 47 of 88 passes with 5 INTs. The key on Monday is simply to limit those unforced errors. Bennett knows that, and he will be content to tuck it and run whenever a pass down the field isn’t open. The senior signal-caller has exceeded this 14.5 quota 8 times already this season after rushing for 32 yards against Michigan.

As good as Georgia’s defense is, even that unit learned the hard way that the best way to keep the Crimson Tide out of the end zone is to keep them off the field entirely. The way to do that, of course, is establishing the run and moving the clock. Bennett’s well-documented struggles in this particular matchup give the Bulldogs all the more reason to run, run, and run some more. Enter White, who got 12 carries to James Cook’s 6 in the Orange Bowl and turned them into 54 yards. I see White – who has 10 TDs this season – getting most of the work on Monday.

There is no need to overthink this one. Even at -160 Williams has great value to score; and it increases the payout by a lot more than -160 suggests since it doesn’t correlate with a Georgia cover. We don’t need a UGA blowout; we just need a win. So I will happily bet on Williams to produce a TD and also expect a win for the Bulldogs. Williams exploded for 184 yards and 2 scores in the SEC title tilt, and that was with Metchie on the field much of the way. With Metchie sidelined, Williams will be an even bigger focal point for quarterback Bryce Young. The junior from St. Louis has 15 touchdowns and 12 have come in the last 9 contests.