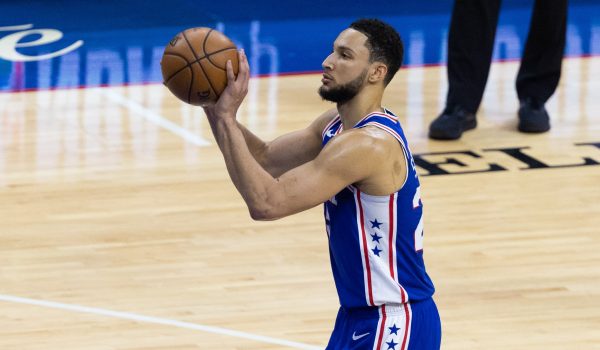 We’ve got some nice NBA playoffs and MLB action to report on Friday, so it’s a full day. There are a lot of big playoff games, which always attract some big public sides. Let’s take a look at where the public money is going as bettors once again try to beat the books, with the 76ers leading the way.

The 76ers fell flat in Game 1 against the Hawks, then rebounded in Game 2. Oddsmakers only have Philly as a very short favorite on Friday for Game 3, and bettors are pouncing. 82 percent of the bets and 86 percent of the money are laying the point and a half with the 76ers, per DraftKings’ internal numbers shared with us.

The Hawks just benefitted from an elite shooting night in Game 1, and the 76ers were in control for most of Game 2. Atlanta has been a fun story and they’re easy to root for, but they’re not capable of slowing down Joel Embiid. We’ve got to roll with the public and take Philly at a price that’s too good to pass up.

Given the Suns’ domination in Game 2, the public’s feelings are understandable. That being said, it’s best not to bet with emotion. The Nuggets aren’t nearly as bad as they’ve played, and should come out with an all-out effort with their backs up against the wall. We’re fading the public and taking the home team here. We also have a three-star play on the total.

The real public side in this game though is on the over. Nothing the public loves more than an over, especially in a big game. 77 percent of the bets and 82 percent of the money are on the over 223.5 here. The public has seen the Suns drop at least 122 points in each of the first two games of this series, and doesn’t need to see much else.

There have been at least 221 points in both games, and that’s even with Denver’s offense being ice cold. Michael Porter Jr. and Monte Morris aren’t going to continue to shoot this presence. The return of Will Barton helps. And the Nuggets’ offense should improve at home. Phoenix’s is already red hot so we agree with the over here, and it’s actually our ‘NBA Best Bet‘ on Friday.

Baltimore is coming off a 14-1 loss to the Mets, so perhaps that’s why everyone is lining up to fade them on Friday. The Rays have been on fire over the last month, going 20-5 in their last 25 games. The Orioles are sending Keegan Akin to the mound, who only has eight career starts under his belt. Everything is shaping up nicely for the Rays, so we’re taking them on the run line as well.

We don’t have any playoff hockey unfortunately, so let’s look at the night slate for baseball. The Angels have been an exciting but disappointing team this season, and now that they’re starting to heat up bettors are jumping on the bandwagon rapidly. 91 percent of the bets and 95 percent of the money are on Los Angeles -139 in Arizona.

The Angels were in a slump for a while, but have now won eight of their past 11 games. The Diamondbacks on the other hand have lost seven in a row. Shohei Ohtani is pitching for the Angels here, and he’s always going to generate a ton of buzz, so this one isn’t too surprising. We’re on the Angels as well, and it’s one of our ‘MLB Best Bets‘ for Friday.