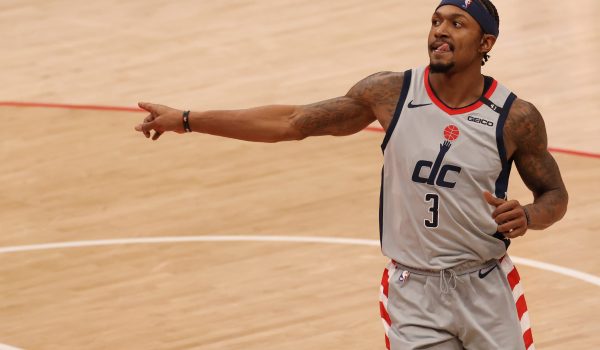 Baseball is finally back, and we’ve also got some nice NBA and NHL action on Friday, so it’s a full day. There are a lot of big games, which always attracts some big public sides. Will bettors be lucky this time around? Let’s take a look at where the public money is going as bettors once again try to beat the books, with the Wizards leading the way.

The public loves to lock onto a handful of elite NBA teams and bet them seemingly every day, but we’ve got a different situation leading the way Friday. The Wizards aren’t exactly a staple of this column, but that’s who the public loves on Friday in the NBA. 68 percent of the bets and 88 percent of the money are on Washington as a large road favorite here, per DraftKings’ internal numbers shared with us.

That large split between the bet and money percentages indicate there have been some very large wagers on the Wizards. This might be a fade of Oklahoma City than anything else. The Thunder are still without Shai Gilgeous-Alexander and others, and have lost 12 in a row. The Thunder are tanking hard, and aren’t even pretending to want to win. We don’t want any piece of them right now either, so we’re rolling with the Wizards as well.

Speaking of straight fades, the other big public NBA side on Friday is the Clippers. Bettors have been lining up to fade the Rockets all season, why would Friday be any different? 76 percent of the bets and 73 percent of the money are laying double digits with the Clippers on the road here.

Kawhi Leonard isn’t going to play here, but that isn’t enough to scare away the public. Leonard isn’t the only key guy Los Angeles is missing though. They’re without a slew of players, and this line is inflated. We’re fading the public here and making a value play on the home underdog Rockets.

Looking at the baseball slate now, the public is hammering Houston. The Astros started hot but are just 2-9 in their last 11, so this one is interesting to see. 81 percent of the bets and 82 percent of the money are on Houston -1.5 here against their AL West rivals.

Additionally, 73 percent of the bets and 87 percent of the money are on the Astros’ money line at -143. Houston won the first game of this series 8-2, and the public didn’t need to see anything more. They do have a huge edge on the mound here with Zack Greinke against Andrew Heaney, so we can’t really argue. We’re taking Houston as well, and they’re one of our ‘MLB best bets‘ for the day.

Well here’s something you don’t see every day, a public under! On a very low total no less. 69 percent of the bets and 78 percent of the money are on the under 6.5 here in this NL West clash. There’s only one thing that can explain this, an admittedly top-tier pitching matchup.

Yu Darvish for the Padres and Clayton Kershaw for the Dodgers. These two faced off earlier this season in a game that ended 2-0. This line is now a big overreaction to that one game. This Dodgers lineup is so lethal they could easily cash an over 6.5 by themselves. We’re fading the public again and going over here.

As you can see, very few bettors are brave enough to back Los Angeles. The Kings are just 8-17 in their last 25 and are 2-5 against the Wild this season, so it’s not too surprising. Minnesota is on fire and they’ve won five straight games, so the public is going to keep riding this streak. We are too, but we’re playing it on the money line to keep it safe.