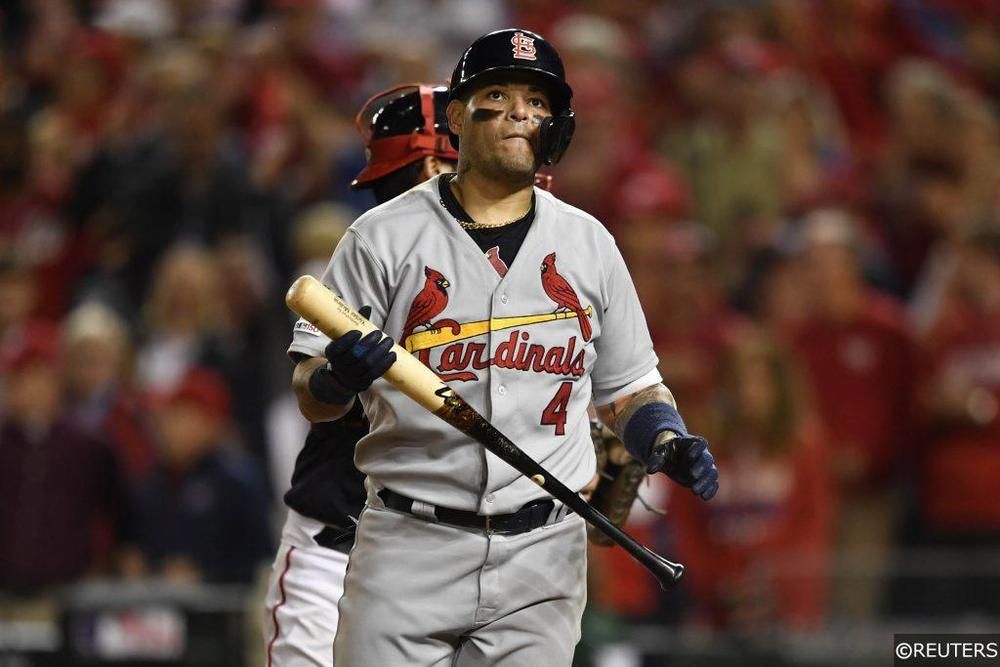 Matthew has been with Pickswise for a while now, covering a wide variety of sports. His main passions are college football and UFC, and those are the sports he has covered the most. Matthew uses a variety of methods to handicap games, including stats, trends, injuries, and situational factors. His goal is to consistently give out winners and will put in the research to try and achieve this.
@Sixfigurematt
Updated: 14:09 PM ET August 26, 2021

We have put together a 4-pick cross-sport parlay that will take you right through Thursday night including action from the MLB and WNBA.

Three picks are taken from the MLB with 1 coming from the WNBA. A winning ticket gives us a nice payout with odds at +974 with DraftKings; that’s more than 9/1! Let’s break down each of these plays. Remember to gamble responsibly.

Miles Mikolas won 18 games for the Cardinals when he returned to the Majors from Asia in 2018. Since then the results have not been great and due to injury, he has pitched in just 2 games this season, it is hard to take much from his 9 innings of work so far. Mitch Keller gets the ball for the Pirates. With a 4-10 record he has been mostly bad this season. One exception was his last start against St. Louis, in which he shut out the Cardinals for 5 innings in a 4-0 win. However, he has not won a game all season when he gave up more than 1 run. Even though Keller was sharp in his last start he has not personally won back-to-back starts all season and only once have the Pirates done so with him on the mound. Inconsistency has plagued him all season and that could happen again today. The Cardinals are priced low enough that we can take them on the money line to reduce some of the risk. They are not quite at contender status, so the premiums are more reasonable. Take St. Louis.

Alex Wood will be on the mound for San Francisco. The Giants are 15-7 in his 23 starts on the year. Wood will face a Mets lineup that has had their struggles against left-handed pitchers this year. On the other side, Carlos Carrasco will be making his 6th start for the Mets in this one. He has not looked particularly sharp through his first 5 appearances, as he has allowed 23 hits and 16 earned runs in 16.1 innings of work. Opponents are hitting a strong .319 against him, so San Francisco should be able to figure him out. Take the Giants in this matchup.

The Oakland Coliseum ranks second-worst for offense of any MLB stadium in 2021 night games — generating 6% less offense than the league average.

Jameson Taillon and James Kaprielian are capable pitchers who should be able to keep this game relatively low-scoring. Both teams had yesterday off to rest their bullpens, which means that everyone should be ready to go in the late innings if needed. Bet the under in this one with confidence.

After scoring a season-low 62 points on Tuesday night in Connecticut, the Aces continue their WNBA road trip out east as they head to Atlanta for their second and final meeting against the Dream. In their previous matchup, the Aces set a franchise record for points with a 118-95 win.

Both teams enter tonight’s game coming off a recent loss — the Aces fell to the Sun in an outright first-place showdown, while the Dream dropped their 9th game in a row to Chicago. Las Vegas did clinch a playoff spot last night when Phoenix beat New York, however, we still expect the Aces to come out strong after such a disappointing performance on Tuesday. Tonight’s contest should be another high-scoring one between these squads as the Aces lead the WNBA in offensive rating, while the Dream have the league’s worst defensive team. Even with the Dream’s recent signing of Candice Dupree, expect the Aces’ bigs to be too much to handle.