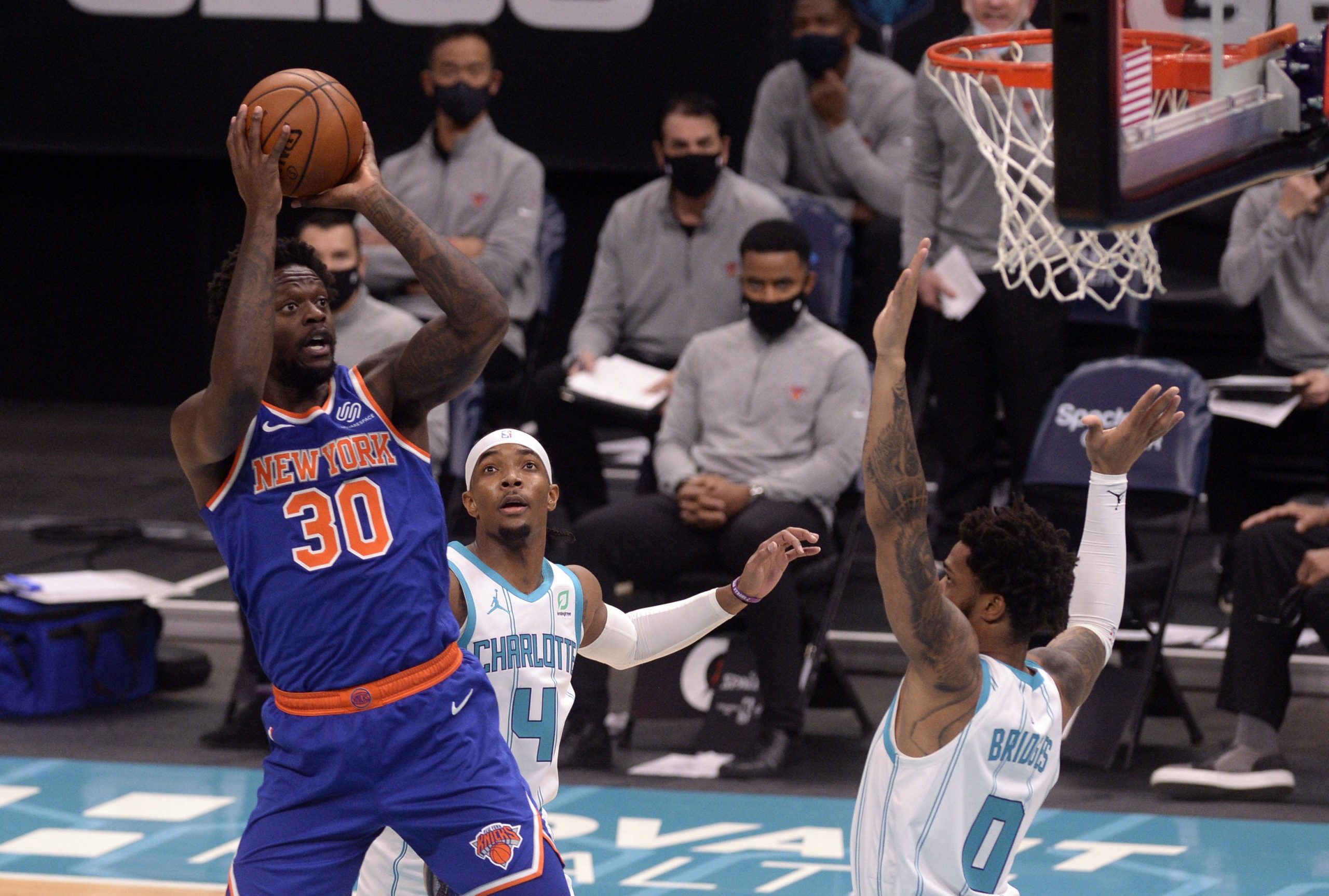 We are just about halfway through the week now, but there are plenty of options to bet on throughout the major sports. This means it is time to have some fun and look for some of the best bets across all the different sports and pile them into one parlay. We’ve put together a four-pick cross-sport parlay which will hopefully take you right through the day, including action from the NBA, NHL, and college basketball.

Each pick is taken from a different sport with a second pick in the NBA. A winning ticket gives us a nice payout with odds at +1238 with DraftKings — more than 12/1! Let’s break down each of these four plays. Remember to gamble responsibly.

Carolina has the second-best goal differential in the league at plus-14 and the third-best goals per game average at 3.62. The ‘Canes can score and they are willing to cheat when they see the opportunity to do so. Brock McGinn is having a career year leading the team in goals with seven and had a huge night in their last game recording four points. That is what helps the Hurricanes, as they can have a different player step up each night to put goals on the board.

Both teams average about 31 shots per game, which puts them in the top tier of the NHL. Although goalie James Reimer is 7-1 for the Hurricanes, he has a goals-against average of 3.10.  Panthers backup goalie Chris Driedger will get the start and his numbers have been decent this year, but there is a reason he is the number two goalie behind Sergei Bobrovsky. The Panthers have gone over the total in their last three games as have the Hurricanes. Carolina has also gone over in seven of their last eight and I like that trend to continue.

The Orlando Magic are really banged up at the moment, and it is becoming noticeable on the court. Their long injury list was extended in February with the additions of Cole Anthony and Aaron Gordon, who will both be unavailable tonight. Evan Fournier, Al-Farouq Aminu and James Ennis III are all questionable, but considering they have missed the most recent games, are unlikely to all be available.

The injury situation has meant that the Magic have only won two of the last 10 games. They will struggle to improve on that against a Knicks team who already beat them this season and who now find themselves on a three-game winning streak. They too are dealing with an injury to Mitchell Robinson, although he will be the only rotation player unavailable for them. With a win over the Magic under their belt already, the Knicks will be confident they can secure a big road win tonight.

When these teams met in the desert it was a low-scoring game, with USC winning 73-64. That came in under the total by 11.5 points and as a result, the oddsmakers have dropped the number for this one a little. I just don’t think it is enough to not expect another under. In conference games USC is just 7-6 O/U this season and their average total is not even 140. They are going to be able to slow down the Sun Devils again on defense and when they are on offense they are never in a hurry, especially when they are playing with a lead. They have not scored more than 76 points in any of the last seven games, so we like the under to be the best play.

The Jazz picked up a 106-100 win the first time these two teams met and will be confident of doing so again to continue their eight-game winning streak. The Clippers have done well to pick up a four-game win streak of their own, but all those games were against opponents with losing records and tonight will represent a huge jump in class. Paul George and Nicolas Batum are both already confirmed out for tonight’s game and Kawhi Leonard is questionable to play. That could leave the Clippers dangerously short on the wings. Mike Conley could possibly return for Utah, too, which may give them a clear backcourt advantage. If he is paired with Donovan Mitchell tonight, Patrick Beverley will not be enough to shut down the Jazz guards.