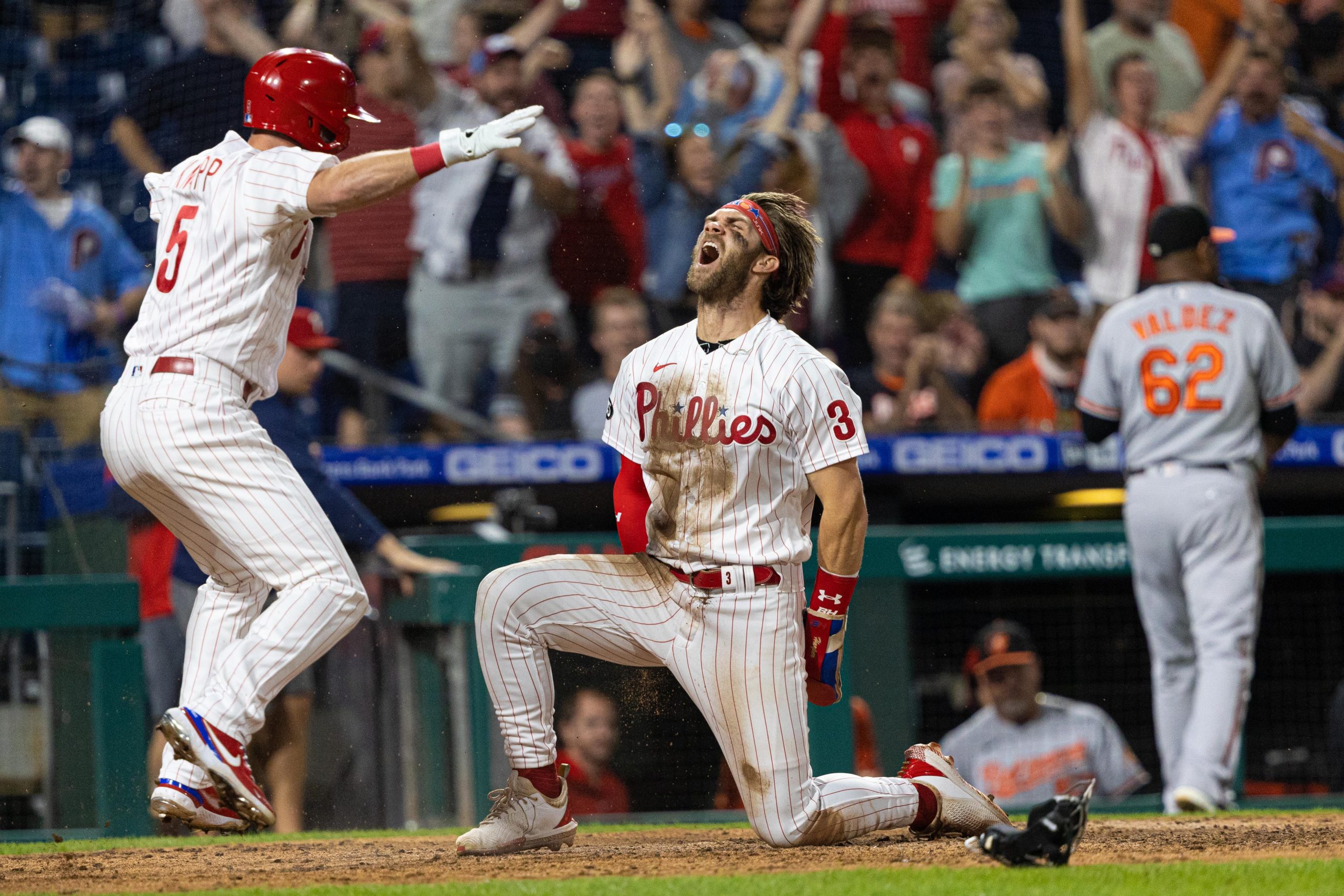 The 2022 MLB season continues this weekend, and we have another exciting slate of games on Saturday. One of the best matchups on the board features the Philadelphia Phillies and New York Mets starting at 9:38 pm ET.

What better way to celebrate this matchup than by betting a same game parlay? I just cashed a mega parlay at +943 odds on Thursday. Let’s keep the momentum going!

We have come up with a 3-leg parlay, which would pay out at nearly 7/1 odds with FanDuel Sportsbook.

Philadelphia Phillies vs New York Mets: Start time and how to watch

The Phillies and Mets resume their series on Saturday with a start time of 7:05 pm ET. The game is airing exclusively on FOX. Let’s get into our same game parlay for this NL East matchup.

To start off this same game parlay, we have the Phillies on the money line. Philadelphia has been an enigma in 2022, but some of that has been due to injuries and bad luck. Oftentimes the Phillies will follow up a poor effort with a strong one, and vice versa. I expect that to be the case in this matchup, especially since they will have the stronger starter. Zach Eflin gets the ball for Philadelphia and he will be looking to build on his previous start against the Dodgers, in which he recorded 12 strikeouts in 7.0 innings. Eflin’s last 13.0 innings pitched have been excellent and he should carry that momentum into New York.

On the other side, the Phillies’ lineup has tallied at least 4 runs in each of their last 7 contests. And while Mets starter Taijuan Walker has been solid to this point, Bryce Harper and company should fight back to even the series’ they have advantages against right-handed pitching. Back the Phillies to pull off the upset.

Honing in on correlating results is usually helpful when constructing a same game parlay. In this case, I think a Phillies win pairs nicely with Walker going under his strikeout prop. Even though the Phillies lineup can be inconsistent, I still think this prop is too high considering Walker’s results this season. While the Mets’ starter has been solid, he’s also been pitching to contact. In 6 starts this season, Walker has just 18 strikeouts, which translates to an average of 3 strikeouts per start. Furthermore, the right-hander has gone over this number just once in 6 appearances this season, and it came in his last outing. In his first start against Philadelphia in 2022, Walker gave up 6 runs and struck out just 2 batters. Expect the Phillies to continue their success against the righty on Saturday.

As a rule, including legs that may not correlate with each other always increases your odds in a same game parlay. However, I don’t think Francisco Lindor having success conflicts with a Phillies victory. While his stint in New York has been criticized, Lindor is quietly in very good form of late. The shortstop has 12 hits in his last 9 games, with 12 RBIs in that span, as well. Lindor has multiple hits in 4 of his last 8 games, and he looks locked in at the plate. I opted with his total bases prop because all we need is one extra-base hit, or a pair of singles to cash this leg. And with at least 4 plate appearances in store, I like our chances at a plus-money price.