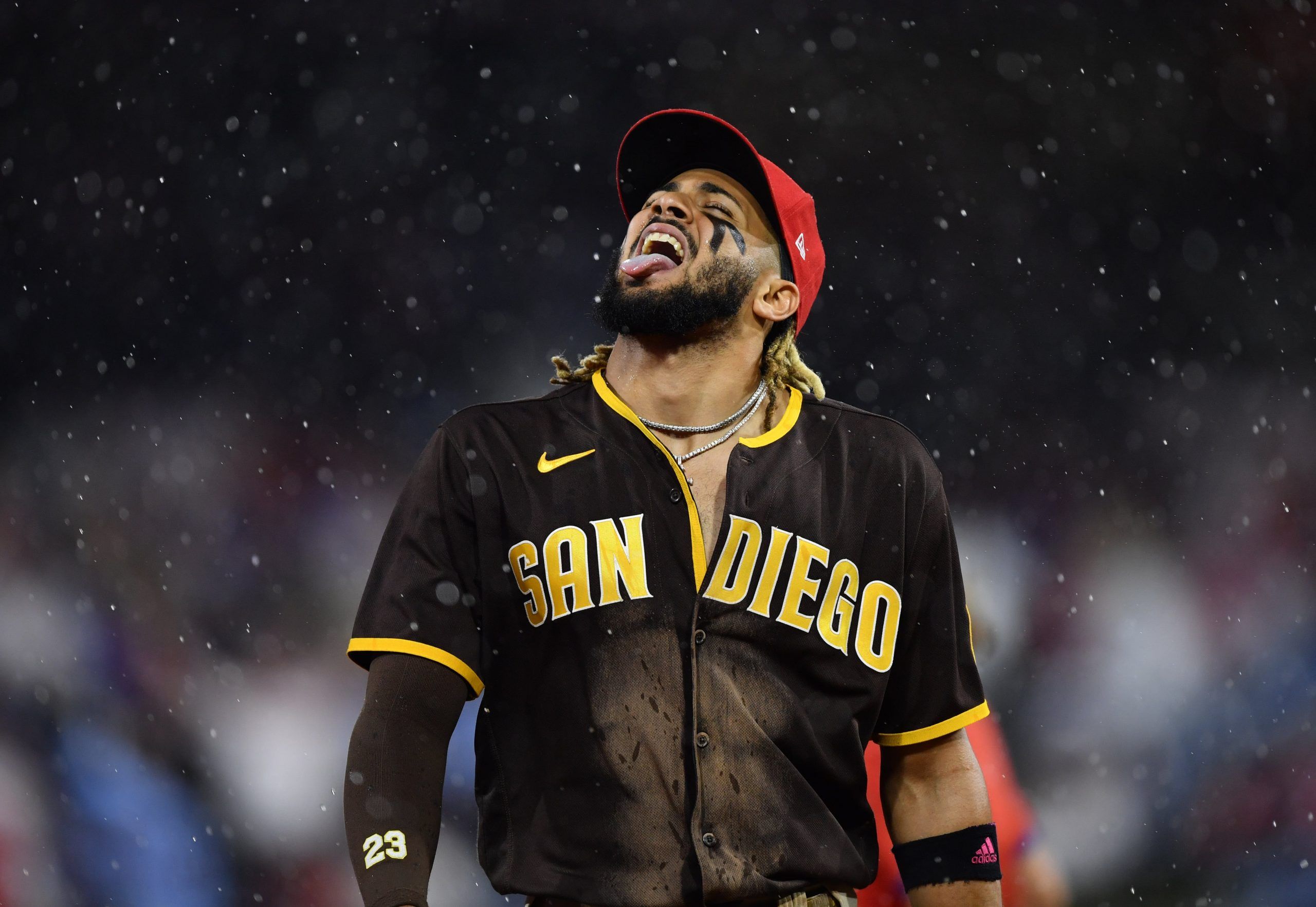 Since graduating from Davidson (The College That Stephen Curry Built), I have been writing about sports--just about any and all you can think of!--and coaching tennis in Atlanta, Ga. Beyond the four major sports, I am an avid tennis fan and cover the ATP Tour on a daily basis. If I'm not busy writing, you can generally find me on a tennis court or traveling the world wherever a sporting event takes me.
@Dimonator133
Updated: 14:00 PM ET July 23, 2021

There is a full 15-game slate on Friday to begin the weekend in Major League Baseball. Although the top three teams in the competitive National League West are not going head-to-head, every series involving any of them is crucial at this point. The San Diego Padres are trying to keep up with the San Francisco Giants as Fernando Tatis Jr. and company have taken their talents to South Beach. Check out our same game parlay for this showdown between the Padres and Miami Marlins, and be sure to also check out our full game preview for picks on the side and total.

Part of the value in same game parlays, of course, is that all of its components can be correlated if you so choose. That is some of the plan here, as Tatis Jr. going deep would obviously go well with a San Diego win. At the same time, plays that aren’t correlated drive up the overall payout of the parlay. That is the case here with taking the under on Joe Musgrove’s strikeout quota. But even if Musgrove is not mowing down opposing batters left and right, there is no reason why the Padres can’t take care of business.

The Padres have been excellent since returning from the all-star break, winning four of their six games. In stark contrast, the Marlins have won only twice in eight contests throughout the latter half of July. Last night, the Padres squeaked out a 3-2 victory to begin what is another challenging series for Miami. Joe Musgrove is taking the ball for San Diego, to be opposed by Zach Thompson. Musgrove has struggled a bit of late, but his problems have mostly come against stellar offenses or when he had to face the same lineup twice in the span of less than two weeks—which is always a difficult task for any pitcher. The Marlins certainly are not that. Their lineup ranks 27th in OPS and 26th in ISO in July and 28th in both OPS and ISO against right-handed pitching for the season.

Coinciding with Musgrove’s relative decline this summer is a decrease in his strikeouts. The right-hander has struck out six batters or fewer in six consecutive starts, so there is no real need to overthink this one. It should also be noted that Musgrove has not logged more than 5.0 innings in any of his last four appearances. He has been on a relatively short leash, too; his four most recent pitch counts are 85, 100, 94, and 81. It’s hard to see the 28-year-old working deep enough into Friday’s game to get his strikeout numbers back up to where they used to be.

Tatis Jr. has hit 29 homers already this season, good for No. 1 in the National League (by a mile) and third in Major League Baseball overall. The 22-year-old went deep in Wednesday’s seven-inning victory over the Atlanta Braves, part of a stretch in which he has eight total hits in the last six games. Thompson is a right-hander, but FTJ has actually been way better against righties than lefties in 2021 (.303, 24 homers against RHPs; .246, 5 HRs against LHPs).