HomeAnalysisNBA AnalysisNBA Finals Game 3 reaction - Do the Heat have a chance after upsetting the Lakers?

NBA Finals Game 3 reaction - Do the Heat have a chance after upsetting the Lakers? 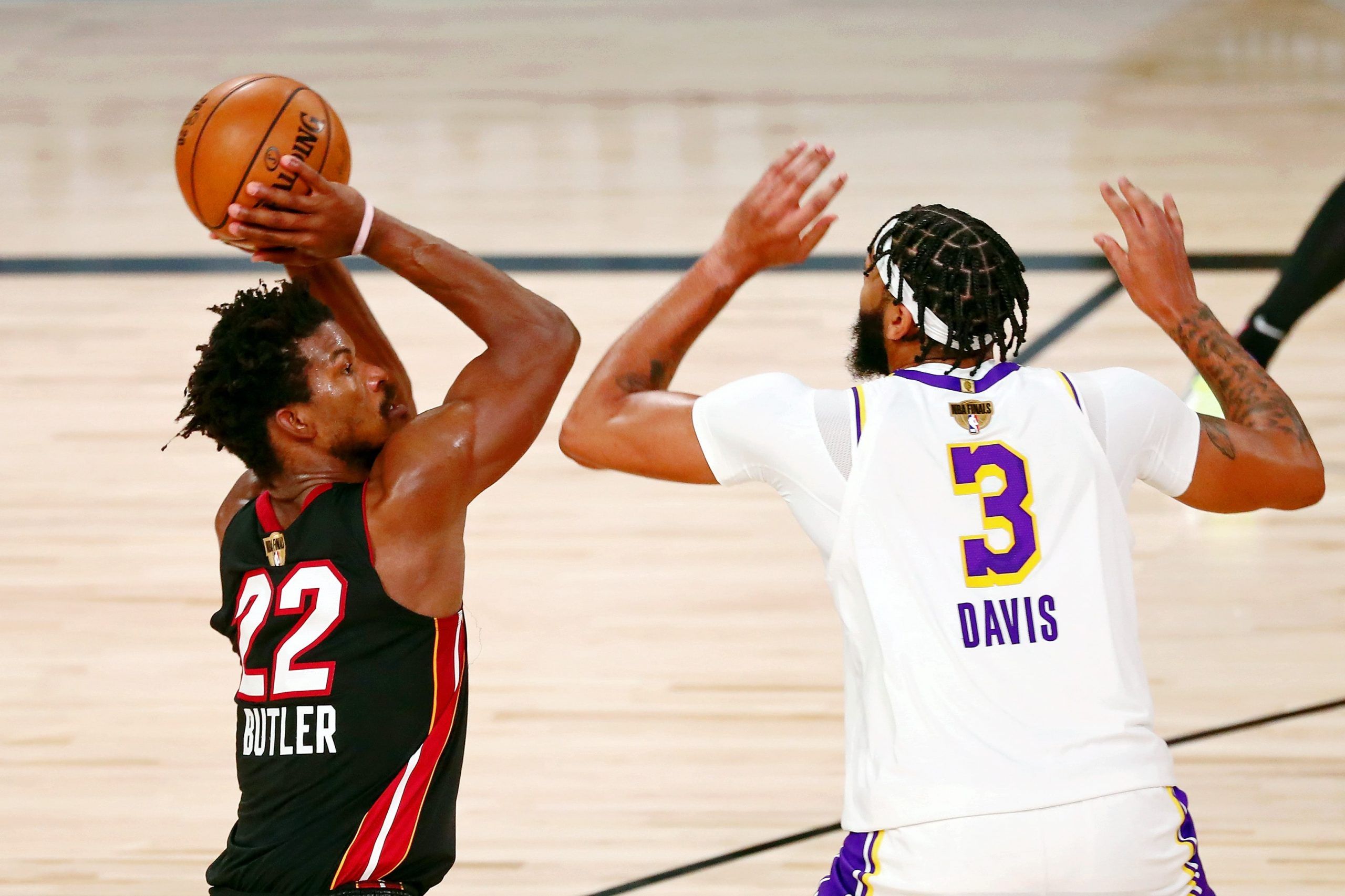 We have ourselves a series. Well, we at least have more of a series than we did on Sunday afternoon. As +9.5 underdogs, the Miami Heat stunned the Los Angeles Lakers 115-104 in Game 3 of the NBA Finals on Sunday night to cut their deficit to 2-1.

What looked like a sweep has suddenly become interesting.

How did they do it?

Even at 100 percent, the Heat opened as huge underdogs in this series. They proceeded to lose both Bam Adebayo (neck) and Goran Dragic (foot) during a disastrous Game 1. Neither one returned for either Game 2 or Game 3.

In general, the Heat have been deep but not top-heavy. The Lakers, for example, have by far the two best individual players in this series in the form of LeBron James and Anthony Davis. Now, in Miami’s case, almost the complete opposite is true–head coach Erik Spoelstra’s squad looks top-heavy but not deep. With Adebayo and Dragic sidelined, Jimmy Butler rose to the occasion and was the best player on the floor. Butler delivered a 40-point triple-double, also with 13 assists and 11 rebounds in addition to two steals and two blocks. He went 14-for-20 from the floor and 12-for-14 from the charity stripe while logging a game-high 45 minutes.

– Jimmy Butler on his mindset pic.twitter.com/0XPcNRsQf1

It is true that Butler and company got some help from L.A. Davis picked up three fouls prior to halftime and incurred a fourth in the third quarter. The result was only 33 minutes of court time, during which he was understandably more tentative than usual. Davis finished with only 15 points on nine shots and was tied with Kentavious Caldwell-Pope at game-worst minus-26 (no other player on either team was worse than minus-15).

How far can the comeback go?

A depleted Miami club has done extremely well just to take a single game from the high-powered Lakers. There is no pressure on it; lose in five games and this team will still be hailed for its incredible postseason run and its commendable effort against long odds in the NBA Finals. The pressure is all on L.A.

And that’s just the way LeBron wants it. This is a guy who is playing in his 10th NBA Finals and bidding for his fourth title with a third different team. Pressure isn’t a problem. While Butler recorded a triple-double on Sunday, LeBron is almost averaging a triple-double in this series (27.7 points, 10.7 rebounds, and 8.7 assists per game). Even without the normal Davis on display in Game 3, the Lakers took the lead with nine minutes remaining after trailing by as many as 14 points midway through the third quarter.

Of course, there is nothing good about a heavy favorite keeping a game close. There are no moral victories in La La Land. The point is simply that the Lakers almost won a game even though Davis was basically absent and Butler went crazy.

We said Lakers in 5 and that is actually looking better than ever at this point. Heading into Game 3, of course, this had sweep written all over it. A sweep is no longer in play, but at the same time this does not necessarily mean that a long series is in the cards. Assuming they treat Game 3 as the wake-up call that it was, Lakers in 5 should end up being right on the money.