NFL 2022 season odds and best bets: Which team will score the fewest points? 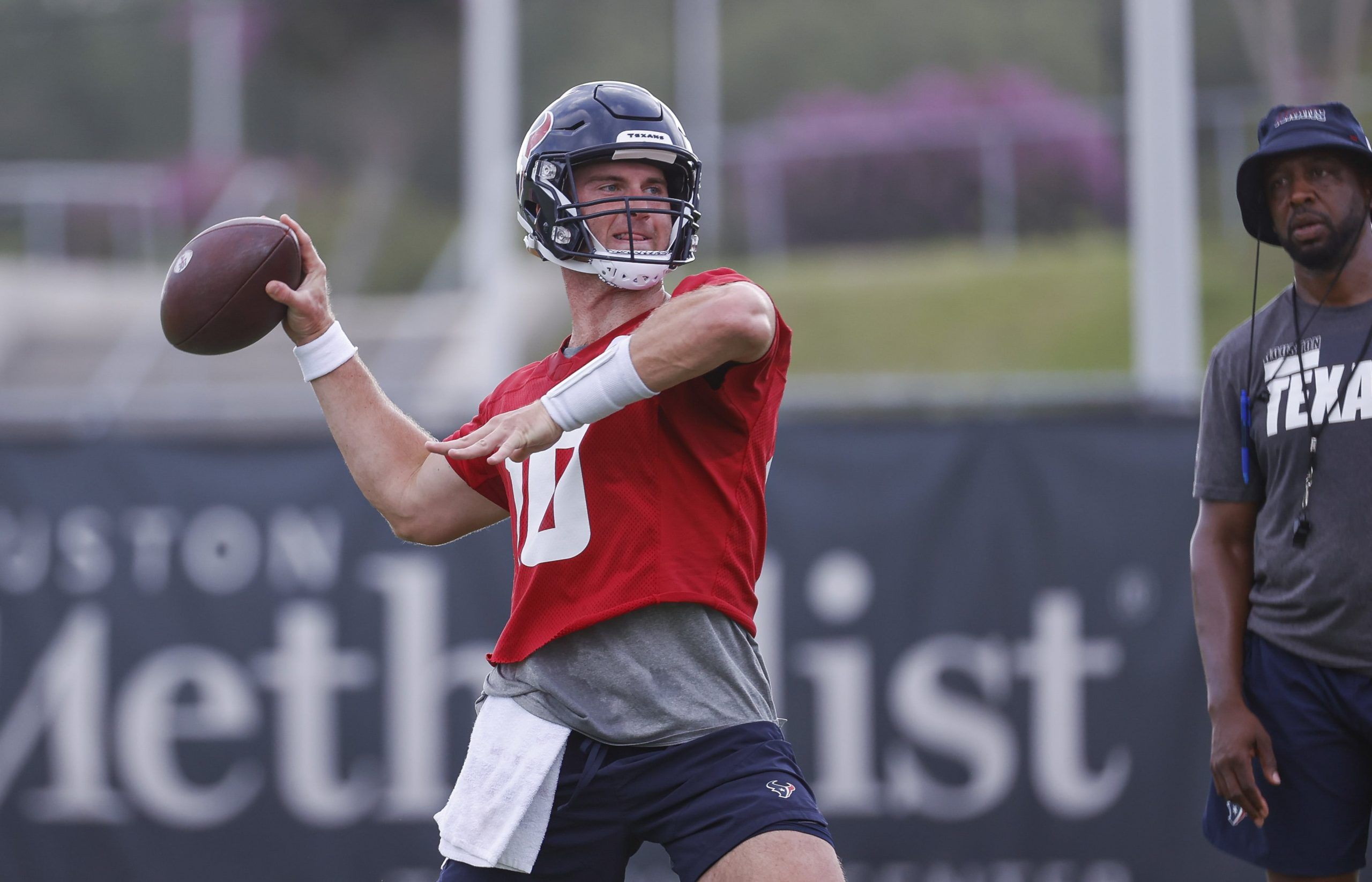 Touchdowns, two-point conversions, game-clinching field goals, team celebrations — some teams are good at all of those things, but not all teams are created equal. We’ve got our glass half-empty hat on again for this article, in which we’ll be looking at which team might score the fewest points in the 2022 NFL season. Someone has to, after all.

We’ve already considered which team will have the worst regular-season record this season, and that ties in pretty well with this piece, as failing to score points is the easiest route to losing a lot of games. Before we get started, there’s still a chance for those of you who prefer to accentuate the positive to check out our picks for the team who will score the most points first!

For now though, we’re concentrating on the strugglers again and there’s a somewhat surprising name at the top of DraftKings Sportsbook’s odds to score the fewest points this year.

The reason I mentioned the favorite might be unexpected for some people was that for the last decade or more the Atlanta Falcons have been notable for some free-scoring offenses, led by quarterback Matt Ryan, with the likes of Devonta Freeman and Julio Jones putting up plenty of points, only for the team to often be let down by their defense. Those guys are all gone now, but even now the Falcons have added some elite offensive talent in the last two drafts, with tight end Kyle Pitts finding his feet in the NFL last season and wide receiver Drake London added to the mix this year.

The big question mark is the departure of veteran passer Ryan, who headed to Indianapolis after the Falcons pursued Deshaun Watson. Marcus Mariota looks set to get the first chance to replace Ryan, and his added mobility might be an advantage behind a suspect offensive line, with rookie Desmond Ridder an interesting second option if things don’t work out with Mariota. The Falcons look like they could still score a few points each week even in losing causes, so we’ll fade them as favorites.

The 0-16 Browns were the lowest-scorers the year before in another double-up situation. Picking the Texans seems to give us a chance of hitting in both bad-news markets and also of cashing one bet if the other loses. Houston scored 280 points last season, ranking 30th in the NFL, beating only the Jags and Giants. There’s a real lack of talent on their offense, not least on the line, and their schedule looks like a real gauntlet of teams whose D-lines are just going to pin back their ears and go for them. Of the other leading contenders, the Bears and Seahawks are at least better off for playmakers.

With the ‘winner’ of this market generally being a team that really struggles, it’s not worth spending time going too far into the teams at big odds — unless you can predict which mid-ranking team might lose their starting quarterback to injury very early in the season and tank the rest of the year. The Bears and Seahawks really look the best alternatives to the Texans, but they don’t really qualify as longshots.

The Giants would be tempting if their situation was the same as last year, but new head coach Brian Daboll could turn their offense around with or without Daniel Jones, based on his success as offensive coordinator of the Bills over the past few seasons. The Patriots are an intriguing longshot but you know they could score 50 against someone without throwing a pass — that’s just the Belichick way. The Lions, Panthers, Jags and Jets are at least heading in the right direction offensively, albeit from low starting points.

That just leaves the Steelers, who have replaced long-serving QB Ben Roethlisberger with Mitch Trubisky, or maybe 24-year-old rookie Kenny Pickett, or maybe the mediocre Mason Rudolph. They’ve got the running backs and receivers, and their defense might score a few points, but the quarterback and offensive line combination is alarming. While it’s not ideal to be betting against a top coach such as Mike Tomlin, his amazing record of never having had a losing season looks in real danger.