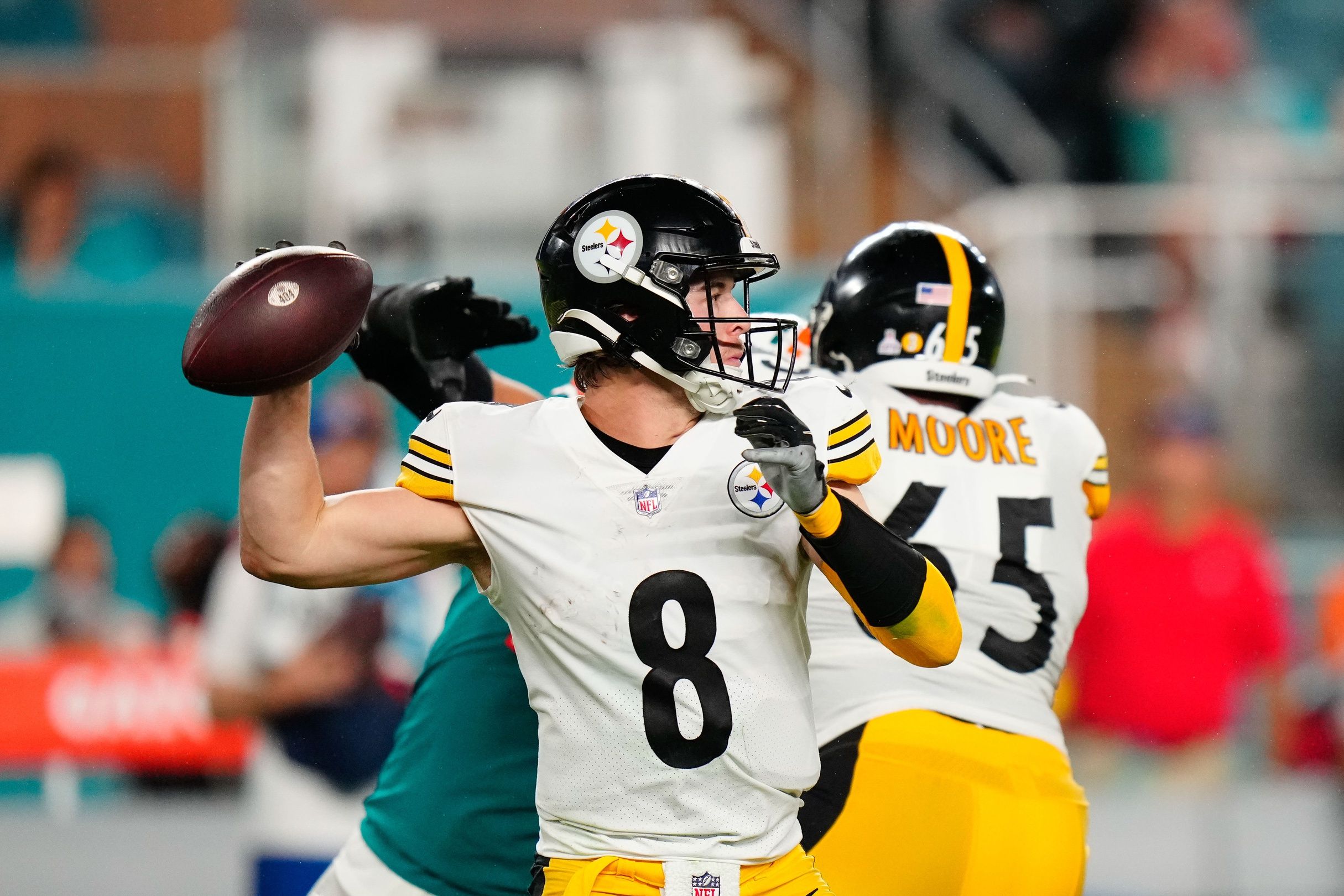 Deputy Editor for Pickswise with years of experience handicapping and giving out winning picks. Lover of all US sports and Southampton FC.
Updated: 7:24 AM ET November 28, 2022

Week 11 was another eventful weekend of games across the NFL, and this week has been no different. To close out Week 12 , we are getting back on the Same Game Parlay train, this time for a battle between the Pittsburgh Steelers and Indianapolis Colts on Monday Night Football. With kickoff set for 8:15 pm ET on ESPN, it’s time to forecast the action.

Here is our SGP, and also be sure to keep an eye on our NFL picks for every game this season!

Part of the value in Same Game Parlays, of course, is that all of its components can be correlated if you so choose. However, it actually adds more value if you can predict the game script that both teams will want to play. Let’s break down each of these legs one by one.

This won’t be a fun game to watch, but I think we’re getting some value on Pittsburgh here. Rookie quarterback Kenny Pickett has been entrusted with the offense, with relatively mixed results thus far. However, the Steelers still have talented players on offense, including Najee Harris and George Pickens. Longtime head coach Mike Tomlin looks like he will finally suffer his first ever losing season in his 16th year with the team, but Tomlin is a tremendous coach who still gives his team a clear edge over the opposing sideline. And while Jeff Saturday’s interim coaching career has gotten off to a surprising start, this is still someone who will be coaching his third-ever NFL game after having no experience above the high school level previously.

Despite Saturday’s brief success in the head coaching role so far, this is a battle between a pair of fairly even teams. Moreover, the Steelers typically have been able to play above their heads in against strong competition under Tomlin. The Colts have a host of injuries along their defensive line, meaning that Pittsburgh should be able to establish its running game and take the pressure off Pickett in this spot. I like the Steelers outright.

As long as Matt Ryan has been the starter for the Colts, Michael Pittman Jr. has been effective. In games where Ryan has gotten the start under center, Pittman is averaging nearly 7 catches per game with an average of over 10 yards per catch. The Colts top wide receiver is also racking up the targets when Ryan plays, averaging nearly 10 targets per game in that scenario this season. More than any other Indianapolis wideout, Pittman can be trusted to produce each week and is usually good for one or two long receptions per contest. Given that the Steelers secondary has struggled to stop opposing wideouts this season, I like Pittman’s chances to get behind the defense and find the end zone in this one.

Lock in our best Steelers vs Colts touchdown scorer bets

Find all the latest Sportsbook Promo Codes and Bonuses for NFL Week 12, including sportsbooks live in your state.